LucasArts may be no more, but it may fill you with excitement to hear that Swiss indie game studio IF Games’ new iOS adventure Perils of Man: Chapter 1 (Free) has an astonishing lineup of industry veterans including the involvement of ex-LucasArts Designer Bill Tiller and 1954: Alcatraz developer Gene Mocsy.

The first chapter gives a great insight into the quality of work invested into the game, as straight away Perils of Man screams cinematic appeal. You step into the shoes of Ana Eberling, a young girl who is way too curious for her own good. Eager to solve the mystery of her missing father (and his great many ancestors), she is thrown into a world of time-travel and global catastrophe as she begins to unravel the hidden secrets revolving around an incredible technology that gave them the power to eliminate uncertainty. 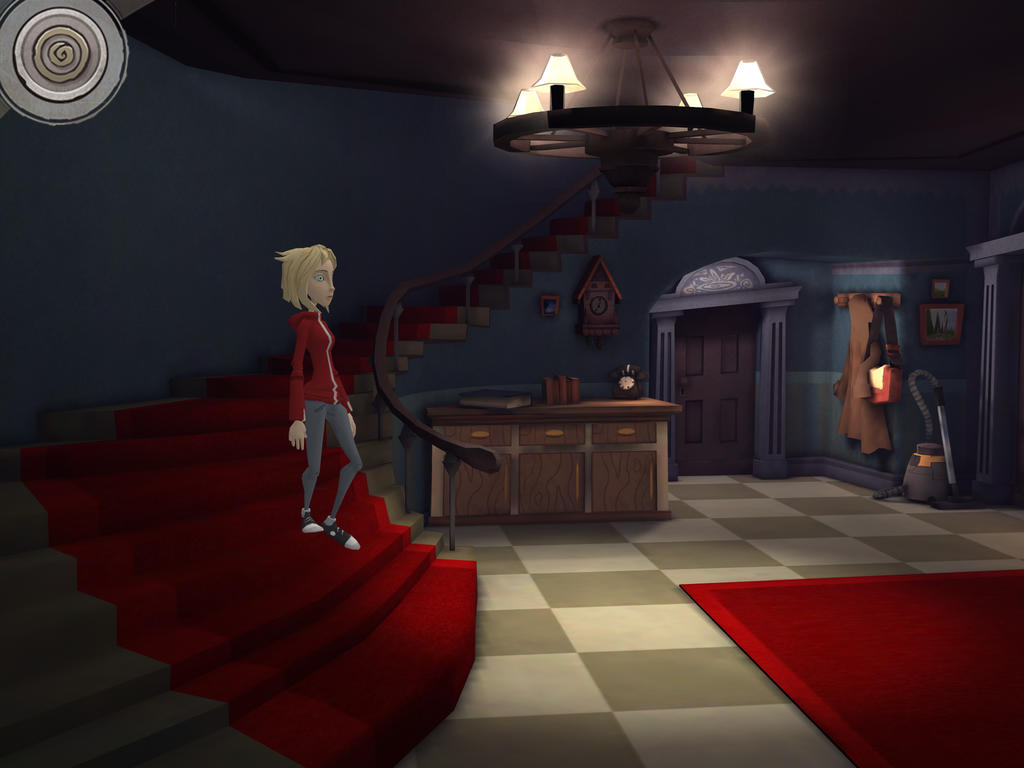 Though not much is revealed within this first chapter, which will most likely only set you back roughly an hour or so, the storyline is gripping from the onset, and the game is actually hard to set down from beginning to end. If you ignore the terrible voice-acting which unfortunately is grating and takes away some of the appeal, then you’ll have no problems getting sucked into this intriguing dark new world.

Ana has been hidden away from the outside world for most of her life; her mother is fretful of near enough everything, and she remains terrified of losing her daughter. A powerful set up for a storyline, it highlights on the emotions of grief, loss and fear, and does so incredibly well. The story starts off with Ana and her mother stuck inside their mansion in the midst of an angry storm, and inconveniently, the power has gone out and left most of the house in darkness.

The simple controls navigate like a point-and-click adventure, holding your finger on the screen will highlight hot spots, and moving around just involves tapping in the direction you wish Ana to move in. A short series of puzzles are scattered throughout the first chapter, mainly involving talking to her mother to gather information on her father and his descendants, collecting various objects which can be combined and used to resolve numerous situations, and a puzzle that involves a great grandfather clock and a short riddle on time. There is no part to the game that feels as though it shouldn’t have been there, and the whole episode feels as though it’s leading to something rather exciting.

Sadly, as mentioned, the voice acting is shockingly bad, so who knows what they were thinking where that was involved, but otherwise, this striking 3D animated adventure is incredibly solid, and by the end of the chapter I was instantly hankering for more. I was a little disappointed with how short it was overall, but that was more due to the fact I was really enjoying the direction of the story, so here’s hoping it won’t be too long before the next chapter is released. There also happened to be one fleeting moment of instability, when the game decided to crash part of the way through, so I ended up having to reload it, but it took me to exactly where I left off, which was a relief. However, this in fact happened on an iPad Air, so despite the developers warnings of compatibility issues with the game on iPad 2 and iPad mini, you may still encounter slight bugs here and there.

This doesn’t deter from the fact that Perils of Man is a fascinating serialised adventure, graced with an engrossing storyline and boasting spectacular 3D visuals that look amazing on the iPad’s retina display. The best part is that despite its lack of a price-tag, it also is free from in-app purchases. Though there’s no guarantee the following chapter will also be free, it’s definitely worth experiencing one of the finest looking games to grace the iPad in some time.