Ghost hats, packs of vicious dogs, and strutting ostriches. If you’re giving me a strange look, then you haven’t heard of Floyd’s Worthwhile Endeavour (Free), a platform game that utilizes a combination of magnificent 19th Century photography and bizarre elements to concoct one of the most eccentric and fascinating games you will ever lay eyes upon.

Floyd, the protagonist of our story, has been sent on a mission to retrieve the world’s missing hats and deliver them to their rightful owner, a gruff bearded gentleman who goes by the name of Eadward Muybridge. Before he can even get his clothes on, he’s sent packing to traverse floating islands far and wide in the search for these misplaced items. Along the way, he must avoid being trampled upon by elephants, manipulate ostriches to reach high places, and evade wild dogs. Hats of every style are scattered over great distances, and you, the player, must use the surrounding environment to your advantage to recover each hat and advance to the next level. 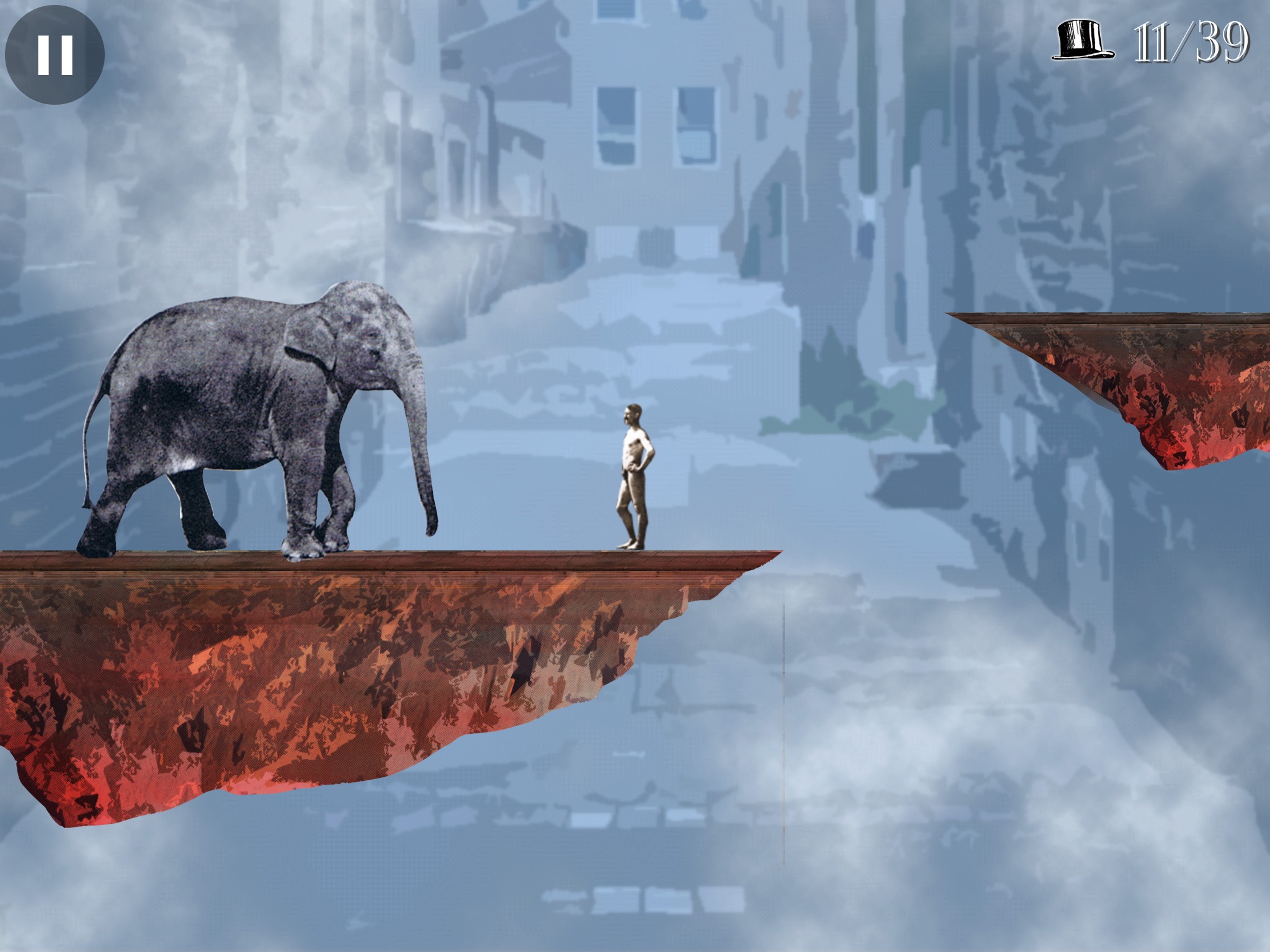 I’ll be honest here, the sensitivity of the controls bugged me a little, but I think this was more due to my low tolerance for platforming games more than anything else. If I had used a physical gamepad for example, I probably would have had a much easier time of it, considering each platform is as slippery as an eel’s tail. Fortunately, the wonderful game dev’s at Decidedly have been kind of enough to allow you the choice of which control system you wish to utilize, meaning for people like me, who struggle with apparent simple menial swiping gestures, there is the option to switch in-game to whichever arrangement you feel more comfortable with. Not to mention, the game also supports Apple’s very own MFi Controller, which furthermore opens up a whole host of possibility.

The game’s beautiful visual style is an ode to the 19th Century photographic studies of Eadward Muybridge himself, and is hugely reminiscent of a whole host of his workings. Alongside this, the upbeat, quirky accompanying soundtrack, with music by Manwomanchild, makes for one explosively unique package. 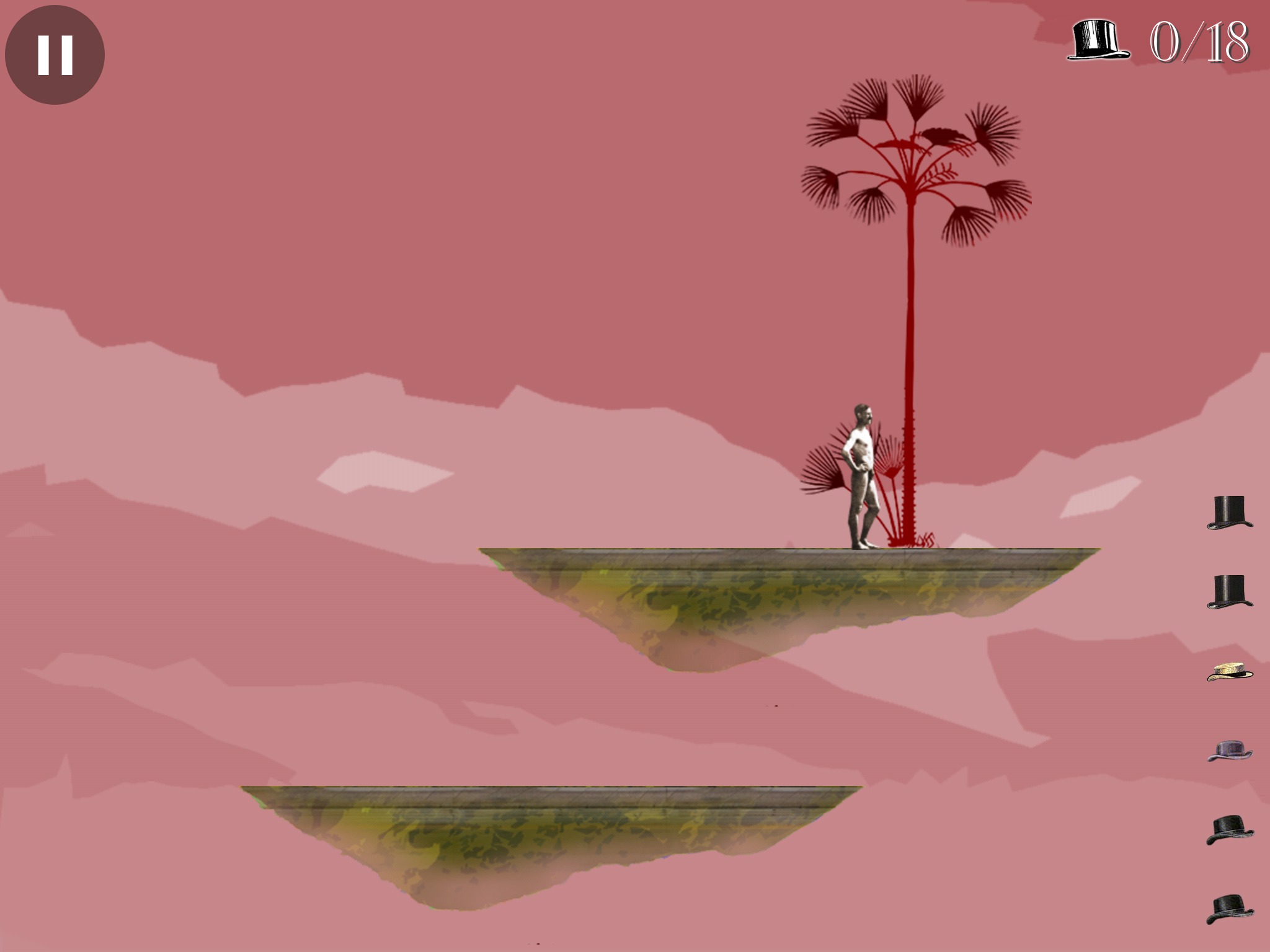 Though Floyd’s Worthwhile Endeavour may not seem long at its core, its “three ribbon system” encourages players to replay their favorite levels, whilst exceed their previous scores by recovering each and every hat. Retrieving all the hats will earn ye top marks, and for this I tip my fedora to ye. However, you only have to collect half of the hats scattered throughout in order to pass through to the next level, so it doesn’t require throwing your iPad across the room in frustration. As is the way of all traditional platform games, they do happen to get increasingly more difficult as you advance, with further elements opening up and respectively keeping gameplay fresh.

At such an inexpensive price, you’d be silly to miss out on this extraordinary platforming oddity, and the developers have even made equally sure to keep players happy by regularly updating the game with a continual host of brand new levels, with the additional promise of many more to come.

As platforming games go, this one is certainly a grand spectacle, a quirky display of comedy and silliness rolled into one. Hopefully the developers will keep to their word, as I’m certainly hungry for many more levels. As of right now, there are no in-app purchases, but it’ll be interesting to see just what Decidedly decide to do with this one.

So the question that nobody thought to ask? Why does Eadward Muybridge have so many hats? I guess we’ll never know.