When you have a trailer as awesome as Block Legend ($1.99), you better have a good game behind it to back up that hype goodness. Luckily the devs behind this RPG puzzler matched their self-made hype and then some. Streamlined combat (complete with random encounters), loads of unlockable content and a robust RPG match-2 overlay combine for an amazing experience that needs to be checked out.

Block Legend takes a lot of inspiration from a variety of previous puzzle iOS games. The combat is reminiscent of the classic Dungeon Hero with tiles on the board for experience, physical attacks, replenishing life, etc. However, the game runs in real time, similar to 10000000 ($2.99). With the grata foundation of these two games, Block Legend takes the game play even further with a full-on RPG adventure, complete with visiting towns, shops, finding treasure, and fighting bosses. In that regard it almost reminds me of Half-Minute Hero, except with puzzle-based game play. 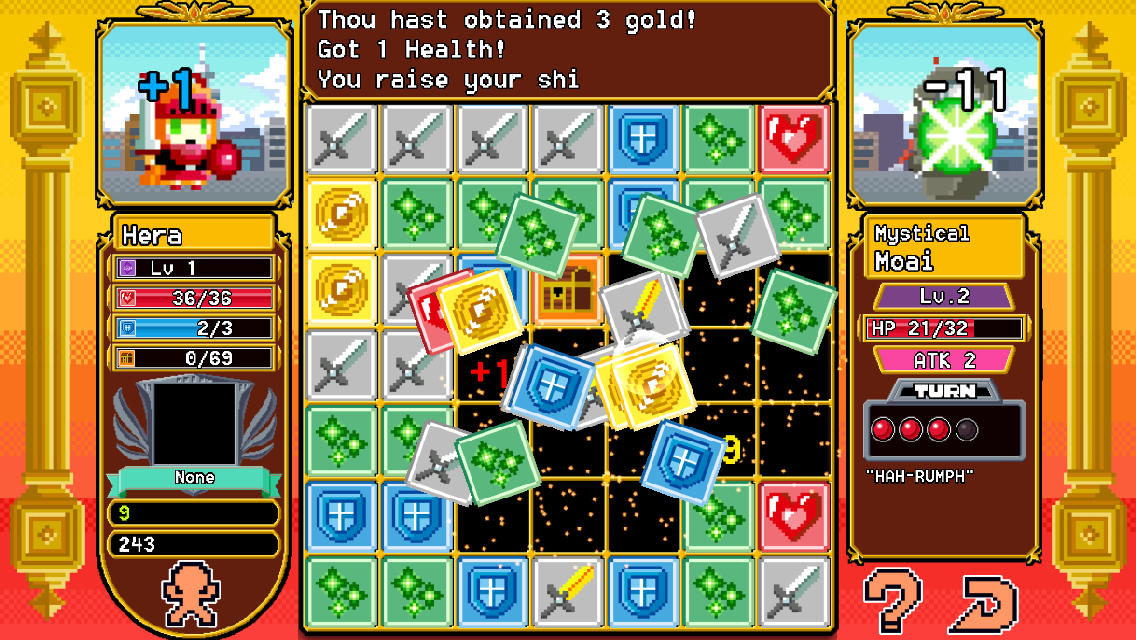 The combination of Block Legend matched the gameplay with the battle mechanic makes for an experience that is both tense and frenetic. This tension is why I think I enjoy it so much. It’s one thing to have a simple RPG puzzler that’s turn-based, but having to be on your toes at all times really brings fast relaxes into the mix. The RPG mechanics, which include an experience leveling system, spells and potions to discover, and progressively harder monsters, means that the experience is constantly evolving and challenging.

Even the matching mechanics themselves offer more strategy that most other games. A combo system, spells that clear out areas of the board, and a conversion system that changes blocks in between battles (to simulate wandering a country side) mean that even though the objective is always the same (block matching) the environment is constantly changing and requires players to keep up. Even the pacing of Block Legend is flawless, with the perfect amount of random encounters, shops and bosses. Progress in terms of experience isn’t carried over between runs, but equipment and items can be which can be key to getting that potential boost to hit the next stage. Mostly though, Block Legend relies on skill and reflexes which makes it ideal in my book. 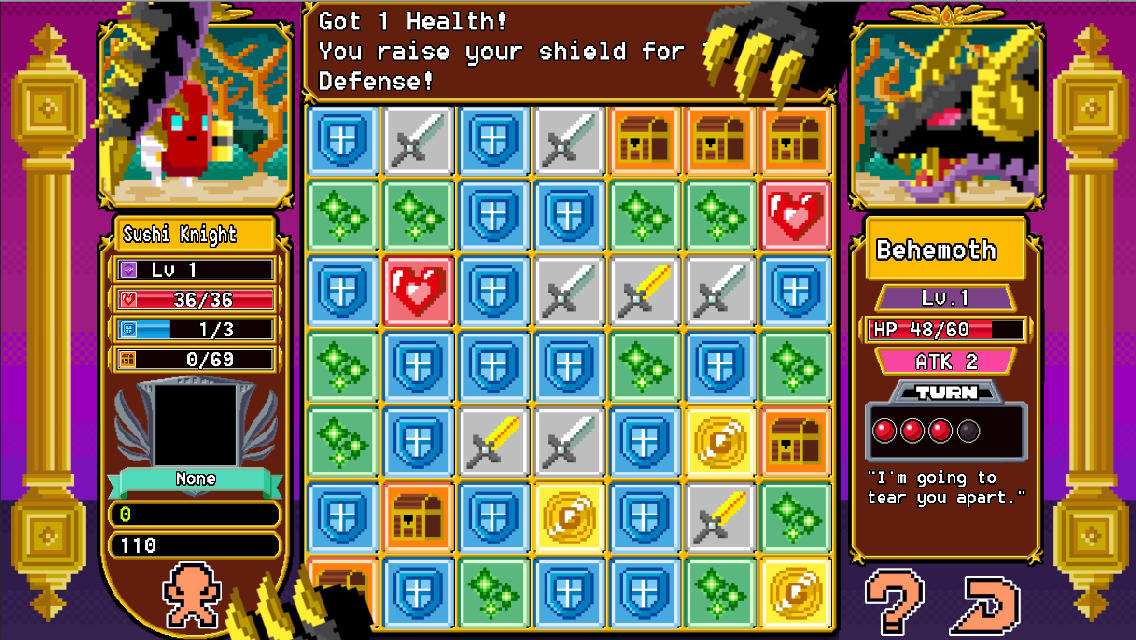 Where Block Legend really gets its staying power is with the multitude of content that can be unlocked. Players start out with two standard Herod and can unlock a plethora of extras that range from a Pop Idol with a high magic stat to a Salaryman that lowers the cost of items. The heroes that need to be unlocked are certainly… interesting and I’d highly suggest you work through them a. Besides unlocking heroes, players can also unlock new regions which offer new baddies, locales and potential loot. Regions also appear to be procedurally generated as well, which works well for that kind of game. Granted, new heroes and locales don’t substantially change the core gameplay, but I think it’s essential for long term replayability.

Meanwhile, unlocks require starblocks, which are earned by completing simple missions such as clearing a certain amount of blocks in a single run. Missions are pretty straightforward in terms of scope, but again it adds just that much more incentive to continue to replay the game. A decent bestiary and encyclopedia of unlockables offer further reason to continue to play.

Flawless execution of the matching RPG puzzler mechanics would be enough to warrant a strong recommendation for Block Legend. Add in all the potential unlockables and heroes and Legend does what it needs to be an awesome game with lasting power. The folks at DotWarrior Games really sprung this on us out of nowhere, and is highly suggest you do not miss it.

Editor’s Note: To further emphasize just how incredibly awesome Block Legend is, it seemed so urgent to get word out about this amazing puzzler that Eric drafted this review driving in LA traffic dictating it to his girlfriend who was typing it on her phone. Games like this don’t come out often. Download this game.