Mojang has posted a quick blog entry on their website detailing a little bit about what they’ve been up to in regard to Minecraft – Pocket Edition ($6.99). The number one request I’ve heard from players of Pocket Edition even since its initial release back in November of 2011 has been for bigger worlds and caves. Well, according to a new post on Mojang’s blog, the Pocket Edition team has laid the foundation for those bigger worlds.

Here’s exactly what Mojang’s Daniel Kaplan had to say, “We’re working on restructuring a lot of code to allow significantly bigger worlds in future updates. We’re also updating the AI, inventory, and a bunch of other things. Unfortunately we don’t have a release date yet, but so far, everything is going to plan." Sounds good. Oh, and here’s a new screen from Mojang showing off an adorable wolf which is heading to Pocket Edition sometime in the future. Awww! 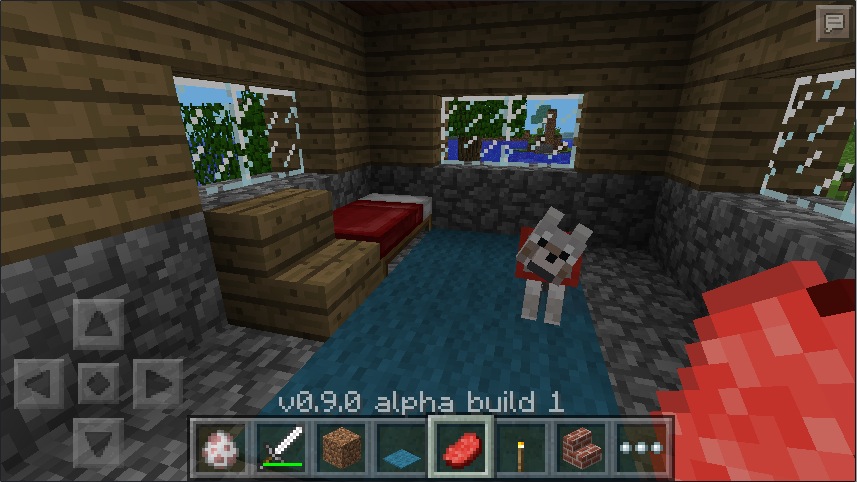 In addition to informing people of the work they’ve been putting in to larger game worlds, Mojang also wanted to let players know that they’ll be suspending the Pocket Realms service on March 1st in order to improve it prior to the Realms service launching on PC. Pocket Realms is Mojang’s own hosting service which launched as an alpha version in Minecraft – Pocket Edition last June. All created Pocket Realms worlds will be saved and you’ll be able to continue right where you left off when the service resumes sometime later this year.

Unfortunately, as stated in the blog post, no time frame was given for when Minecraft – Pocket Edition will be getting its next update but once something is announced regarding a release we’ll let you know.