Yesterday Rovio tweeted out a mysterious image teasing a new Angry Birds *something* complete with a new cast of birds. Today, they’ve revealed that the new something is called Angry Birds Stella, and it will take the shape of a new game as well as a new cartoon sometime this fall. Oh, and plenty of toys, books and other merchandise, of course. Here’s the reveal image of the Angry Birds Stella cast. 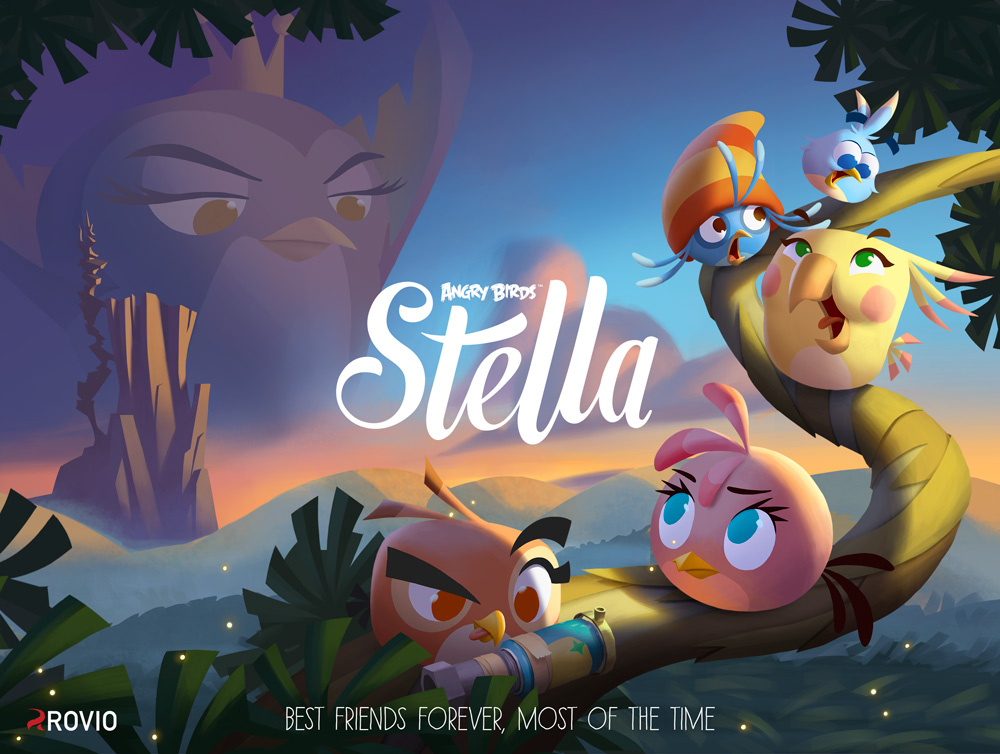 No other information was given about the nature of Angry Birds Stella, other than how the story of Stella will “[swing] the fans to parts of the Angry Birds world we’ve never seen before. Angry Birds Stella is all about inspiration, empowerment and other real issues, without forgetting entertainment and quirky fun." There are also hints that Stella’s quirky group of friends might not always be that friendly. Rovio will be releasing more news about Angry Birds Stella on the game’s dedicated Tumblr page leading up to its release this fall.