If a remake of a historically significant game in one region is finally released for the first time in others and naturally finds itself outdated by more modern takes on the genre, how should it be approached? Banshee’s Last Cry (Free) is in a bit of a weird place, to be sure. On the one hand, finally getting such an important game in English is certainly a good thing, especially with the quality of the localization work found here. On the other hand, English gamers have no nostalgia for this game, and in the iOS market in particular, the competition in the interactive fiction genre is absolutely savage.

Banshee’s Last Cry is the first ever English version of Spike Chunsoft’s landmark interactive story, Kamaitachi no Yoru. For those who don’t know Chunsoft, which would be understandable given the low profile of their games outside Japan, they’re broadly known for three things: coding the first five Dragon Quest games, creating the Mystery Dungeon series of roguelikes, and their series of “Sound Novels", which are basically a video game version of a Choose Your Own Adventure book. Their recent games 999 and Virtue’s Last Reward were released in English by Aksys Games, and have developed a small following among gamers. Perhaps on the strength of those releases, Aksys has opted to take a chance on Banshee’s Last Cry, the game that really got the ball rolling for Chunsoft in this genre. 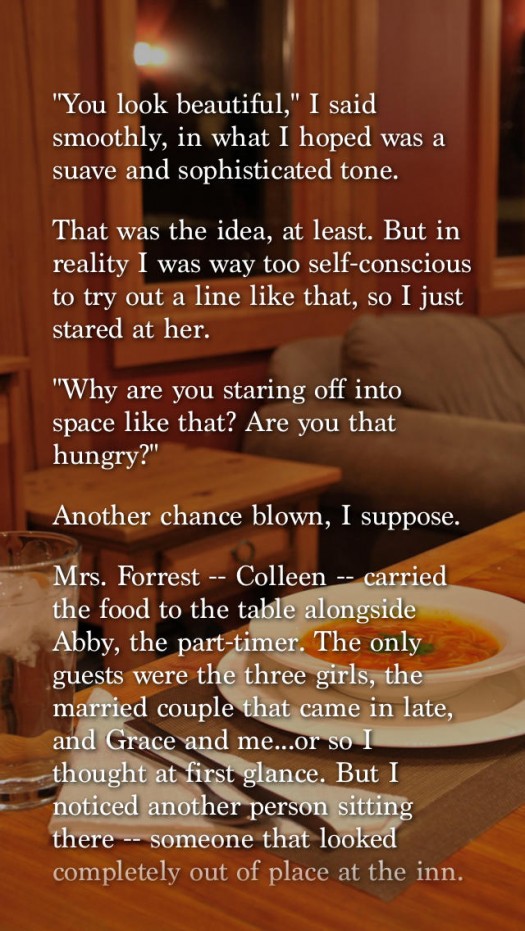 While it was not their first game of this type, when Banshee’s Last Cry released on the Super Famicom in 1994, it made a pretty big splash. There are more ports than you can shake a stick at, radio and television spin-offs, and of course, sequels, with the latest installment releasing not too long ago on PlayStation 3 and Vita. That’s a whole lot of success for a rather unassuming little mystery story, and there’s no question it has a place in the hearts and minds of long-time gamers in Japan. That works for Japan, but for English gamers who don’t have memories associated with this game, is it something worth playing in 2014?

If we judge this game by modern standards, it’s hard to recommend, like many games 20 or more years old. The gameplay aspects are minimal, consisting almost entirely of turning pages and making choices here and there. Although the story is well-written, it’s a lot more simple than modern games in this genre. Visually, it’s not much more than text plastered on top of mostly-still photographs. Compared to things like Sorcery! ($4.99) or the gamebooks of Tin Man Games, Banshee’s Last Cry doesn’t fare all that well.

The story of the game has you playing as a young man named Max who goes with his friend Grace to her uncle’s ski lodge. A terrible storm snows in everyone staying there, which is only a minor problem until the corpse of one of the guests is found in his room. From there, things start falling apart pretty quickly if you can’t solve the mystery of who or what killed him. The game has more than 40 endings, but unless you’ve got remarkably good intuition, you’re going to be seeing a few bad ones before you get anywhere near the best one. The choices you make along the way influence the story quite a bit, and some paths will be completely closed off to you by what you decide. The game never really comes out and tells you the answer, no matter what path you pursue, but it’ll often cleverly hint at things indirectly. You’ll have to put together a lot of these indirect, unrelated clues to figure things out.

The story may be simple, but it shines thanks to an excellent localization by Jeremy Blaustein, who did the English versions of Snatcher and Metal Gear Solid. The gutsy choice was made to do a heavy localization, switching out the Japanese setting and characters for a Canadian lodge with American guests, complete with new photos from an actual lodge in Whistler, BC. Even the monster referred to in the original title did not escape, with the Japanese version’s sickle weasel being cleverly switched out for a banshee, which carries a little more cultural familiarity for most English gamers. If you’re familiar with the original game, it’s a bit off-putting at first, but it works out well in the long run. The game is so heavily dependent on its text, I’m happy to see it turn out so well. There are a couple of secret routes you can uncover, and the writing in them kept me laughing all the way through. 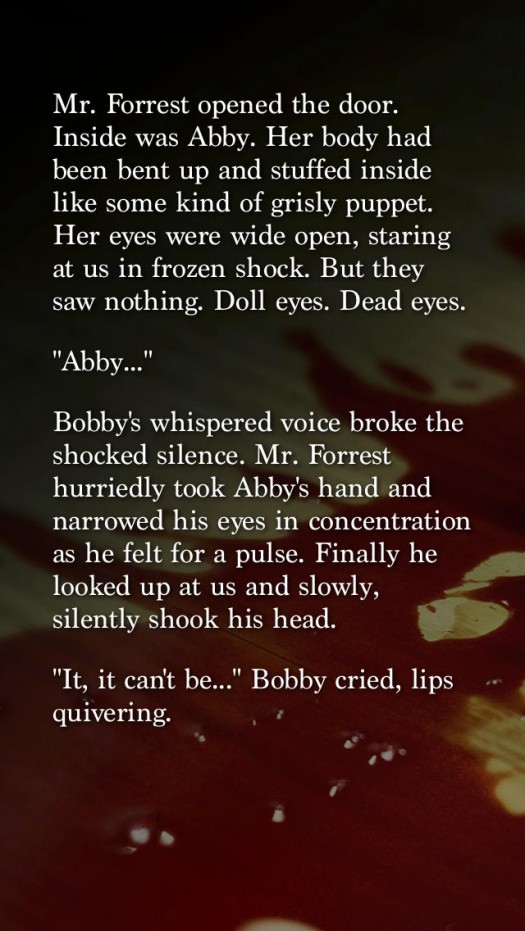 As you might expect from a game that pitches itself as a Sound Novel, the sound design in Banshee’s Last Cry is excellent. Starting off light and jaunty, as things come unglued, the tone of the music becomes more and more stressed and foreboding. Sound effects are peppered in where appropriate, and they’re used to great effect to add a bit of reality and keep the tension up. This is definitely one of those games where you’ll want to play with the sound on if you want the proper experience.

The game gives you a free taster, with an IAP to unlock the rest of the game for four dollars. That puts the cost of it on the lower end of what gamebooks usually go for, but in some ways, you get what you pay for. Forget the bells and whistles you see in things like Forest of Doom ($5.99). You’re not getting much more than a chapter select and a few options for things like the gore level here. The app itself feels really odd, with the settings screen using the default iOS settings layout, and saving your game booting you out to the homescreen unceremoniously. The one favor it’s willing to do you is to show which choices you’ve already made in a prior run by darkening out the text for them. I would have appreciated the flowchart from the PlayStation version, because it really helped for finding all the endings.

The large amount of endings lend Banshee’s Last Cry a lot of replay value compared to other games in this genre, but once you’ve found them, you’re finished. There are no random elements to the game whatsoever, with the whole game resting completely on the choices you make. It’s an interesting story, the localization is sharp, and I think for people who are interested in seeing how interactive fiction looks on the other side of the Pacific, it’s worth checking out. Compared to the broader landscape of the iOS gamebook market, though, Banshee’s Last Cry doesn’t have much to offer beyond historical value..