Horror games are a dime a dozen nowadays. Every developer and their mother can string together a series of rooms, have some weird shaped figure jump out at you, and be classified as a horror game. Perhaps we have Hollywood to blame for games like this, with “horror" titles such as Paranormal Activity or Insidious that are more comical than anything. But maybe that’s just me, being a horror buff and desensitized to the plight of the woman who runs upstairs and essentially traps herself to escape a killer.

Being a big horror fan, I find I have to subject myself to the utter garbage of certain titles. Some movies out there are really, really horror(ible). Same goes for games. As for In Fear I Trust ($2.99), if you have entomophobia, than you will definitely be scared of this game, just not in the way the developer intended. 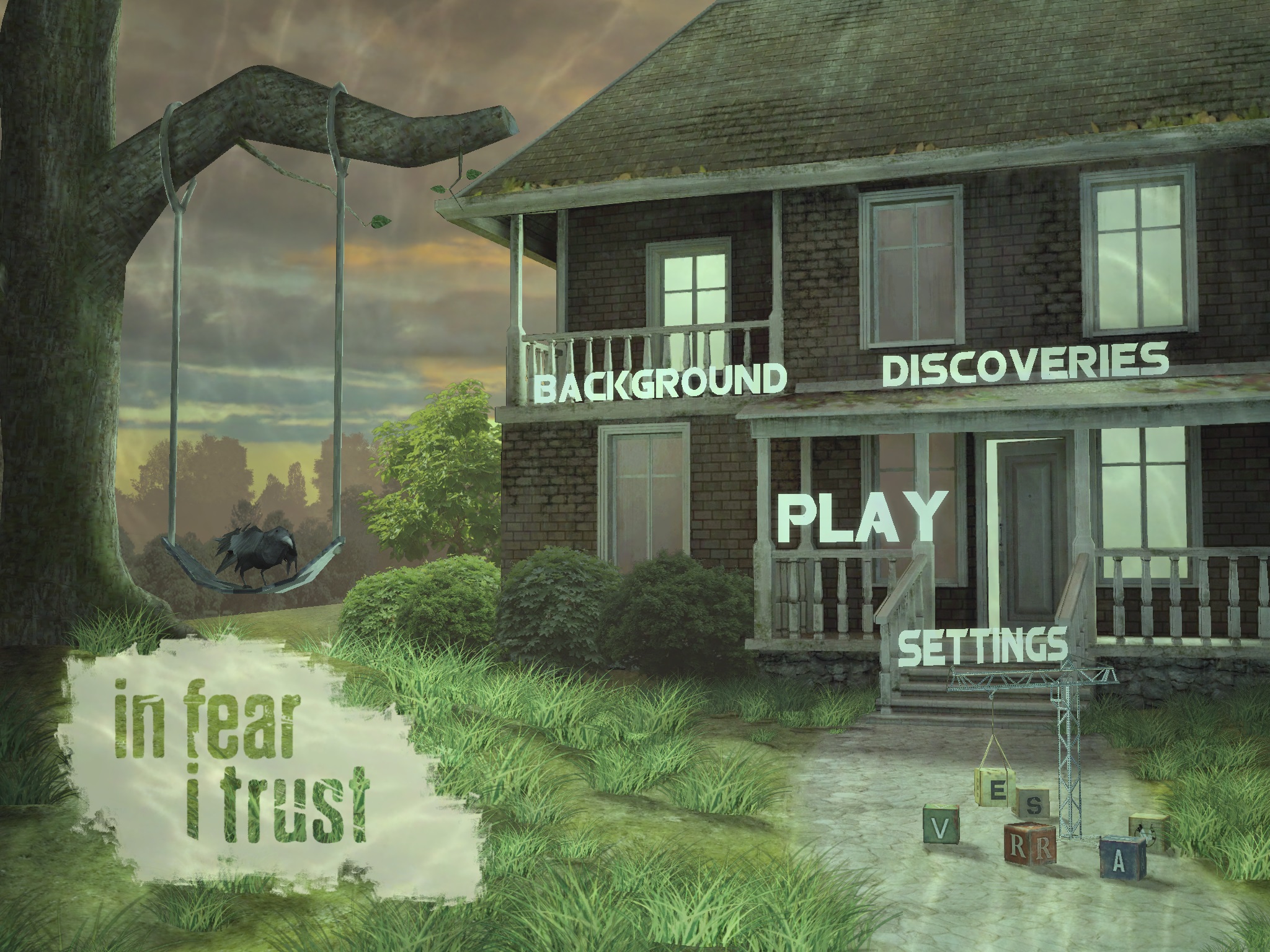 Upon starting the game and being treated to a ridiculous number of splash screens, you’re then treated to a insanely long load time. It seems almost as if my iPad Air had to load data off of a disc, it took that long. When the loading is done, 1:28 later (yes, almost 90 seconds to actually get into the game), it opens up with a cutscene, introducing you to yourself, signing your life away, and your adventure beginning. Exiting out of the game to the home screen, for whatever reason, there’s a good chance you’ll be facing that 90 second load again, even if you’re only out for a few seconds.

You wake up in a bed, groggy, and what do you see? Weird lighting and shader effects. Your character’s shadow is blocky. Your character himself is blocky. The graphics get better later on, with detailed environments and some crisp animation, but it doesn’t get off to a good start. The game does do well with the psychological aspect horror as opposed to the shock and make you jump horror. 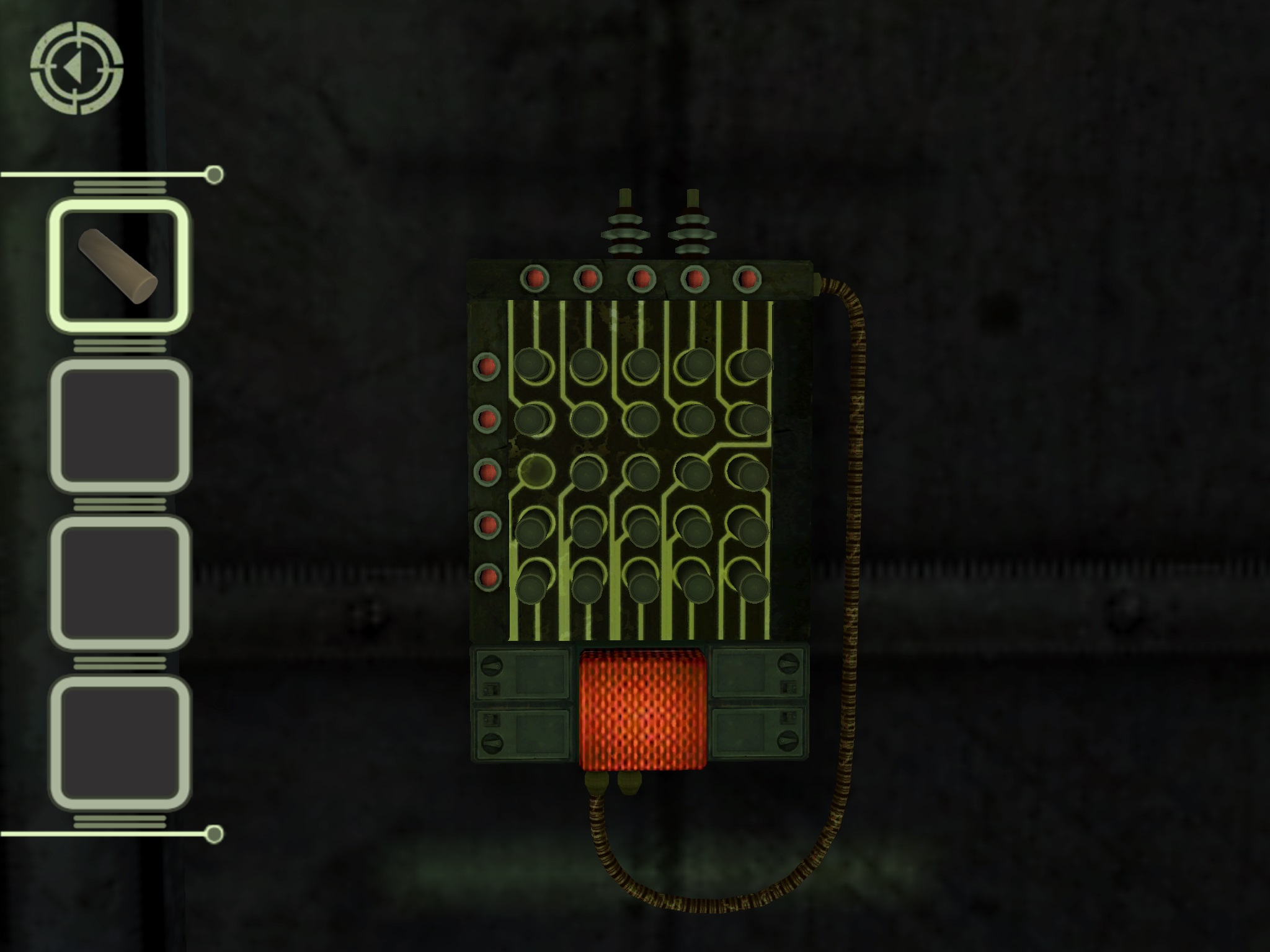 The game introduces you to its second vision concept, which is required to solve some puzzles and collect some items, and walks you through the control scheme, which is pretty basic; two virtual joysticks, or you can tap to move/swipe to look. Whichever option you go with, it’ll feel like walking uphill in heavy snow with the wind blowing against you. The movement speed and camera controls feel painfully slow. And there is no option to change sensitivity. At all.

Aside from typical first-person fare, In Fear I Trust also tasks you with up close examination of objects to gather information, and also has a puzzle mode. Using a key on a door, for example, brings up an interface similar to The Room, where you insert the key and then turn it by circling your finger, to actually unlock said door. 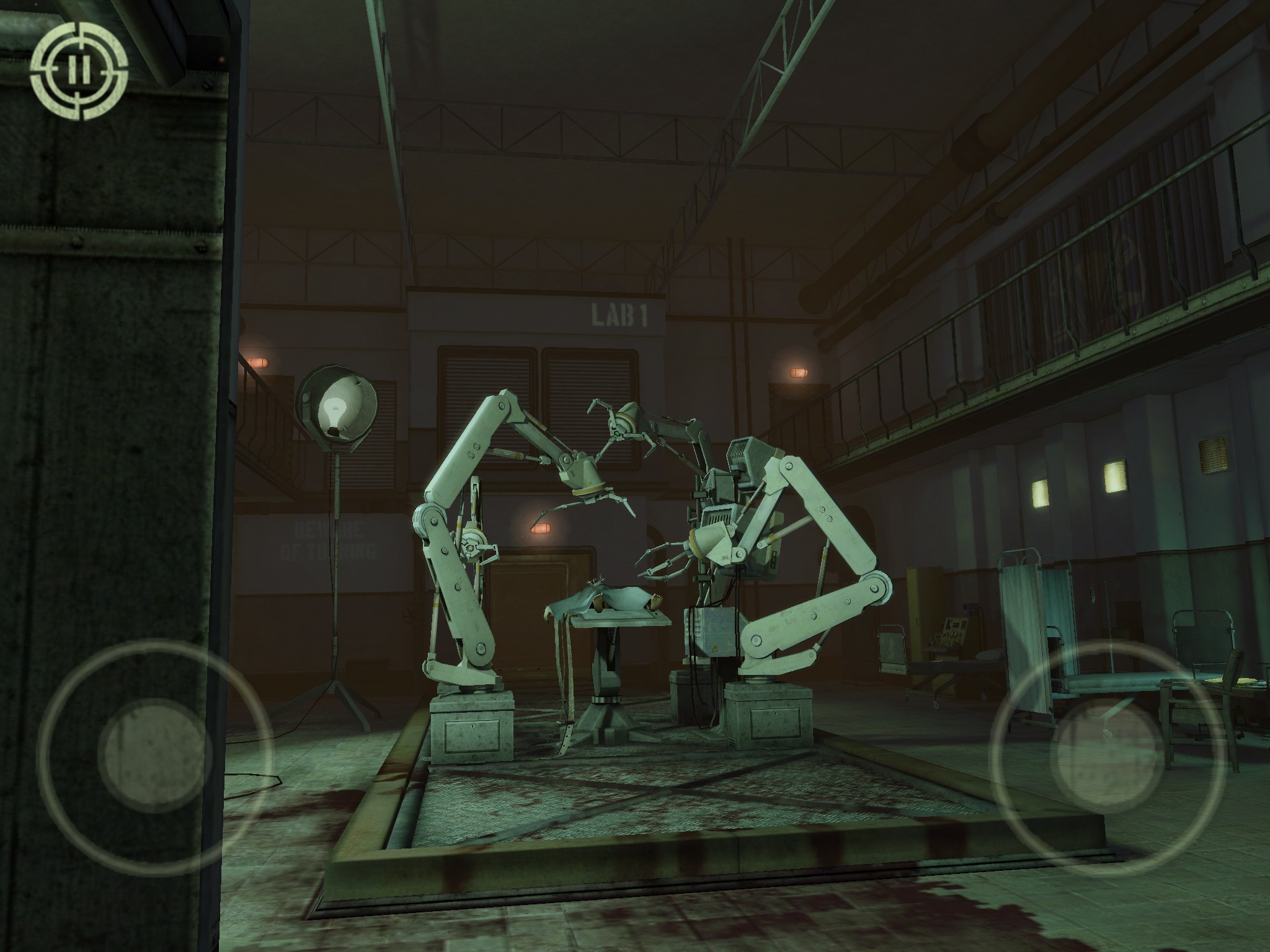 The voice acting throughout the majority of the game is better than average, the actors portraying their characters believably. The music and sound effects, when they’re not cutting in and out, do a decent job. Breathing heavily with some machinery in the background, and then getting complete silence due to the sound just stopping, does a tremendous job of taking you out of the environment they’ve tried to create.

As the story unravels, you’ll probably be confused. But that’s okay. I’m sure somewhere, at some point, everything will be explained. Perhaps they’ll explain why the characters are Russian but have perfect American accents, or why signs on walls are sometimes in English and sometimes in Russian. And in what is clearly a Russian lab of some sorts, all the recordings are also in English. In Fear I Trust is an episodic game, so there’s plenty of options to further delve into the story, It just doesn’t know what it wants to be.

The atmosphere presented is pretty spooky. Rooms are woefully dark, there are tape recordings and notes to find, which provide valuable background information. There are ghosts to catch glimpses of, and random noises meant to shock you. It seems to have a great flow to it, but it’s marred by a myriad of bugs. It almost seems like a late stage beta as opposed to an actual release. You’ll encounter things like no sound when you open a door, or a leaky faucet making drip noises, but not seeing anything come out. Sometimes pinching inward won’t trigger your retrospective vision, requiring a game restart. Better still, you may not be able to stand up from the bed at the very beginning, which requires you to again restart the game. Not a big deal, since you haven’t done anything yet, but having something like that at the very beginning is pretty indicative of what’s to come.

Long term, In Fear I Trust has great potential with an awesome story- Particularly as they figure out where the plot is going in future episodes. In its current form, it’s pretty buggy, and would have benefitted greatly with even a little bit of extra time baking inside of the proverbial development oven. The developers have mentioned on our forums that bugs fixes and control tweaks will come in future updates, but until then it’s difficult to recommend this game to anyone as is unless you absolutely love horror games and have a considerable amount of patience when it comes to bugs and control clunkiness.