Gamers looking for a present-day take on classic turn-based artillery gameplay may be interested in the likes of YesSir ($1.99). While it doesn’t have a killer feature like multiplayer, YesSir has plenty of maps, weapons and a difficulty curve that you’ll either tolerate or hate.

Combining a visual style reminiscent of Limbo with the classic gameplay of the likes of Scorched Earth, YesSir offers a simplified artillery experience with a few upgrades. A ton of weapons ranging from multi-missiles to grenades to nuclear bombs are eventually unlocked and available for purchase and use. A few power-ups such as shields can also bought that focus more on defensive rather than direct offense. It takes awhile to unlock some of the cooler ones (no IAP is available to speed up the process) but once you do, this weapon variety is definitely YesSir’s strength. 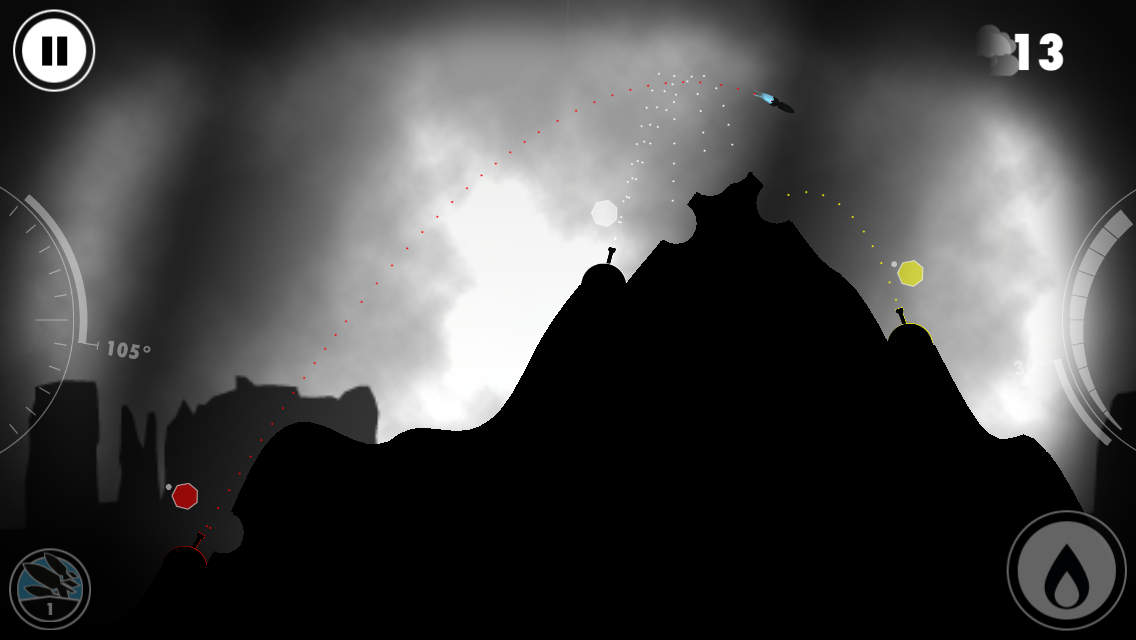 Otherwise, the gameplay itself is pretty basic. Players control an artillery tank with near-full control of the angle and power of its shots. Tanks can’t move, so each shot needs to be determined entirely via direction and power. Wind speed and direction change every few rounds and directly impact the aiming experience, forcing players to readjust. Rounds are turn-based with your tank and each enemy tank taking turns shooting in succession. The game also features some basic environment destruction, which has the potential to add to the strategy of taking out your opponents. While the lack of any tank movement might be off-putting to some, overall I didn’t have an issue with the YesSir’s gameplay.

Based on its simplicity, I’d be apt to almost classify YesSir as puzzle-like, but the sheer randomness of opponent actions really prevent players from formulating a cohesive plan that can be used on missions that need to be retried. It actually ends up being the most interesting and frustrating aspect of YesSir. You could replay the same level a multitude of times and you’ll encounter opponents that focus entirely on you, fight each other, and use a bevy of different weapons and power-ups. 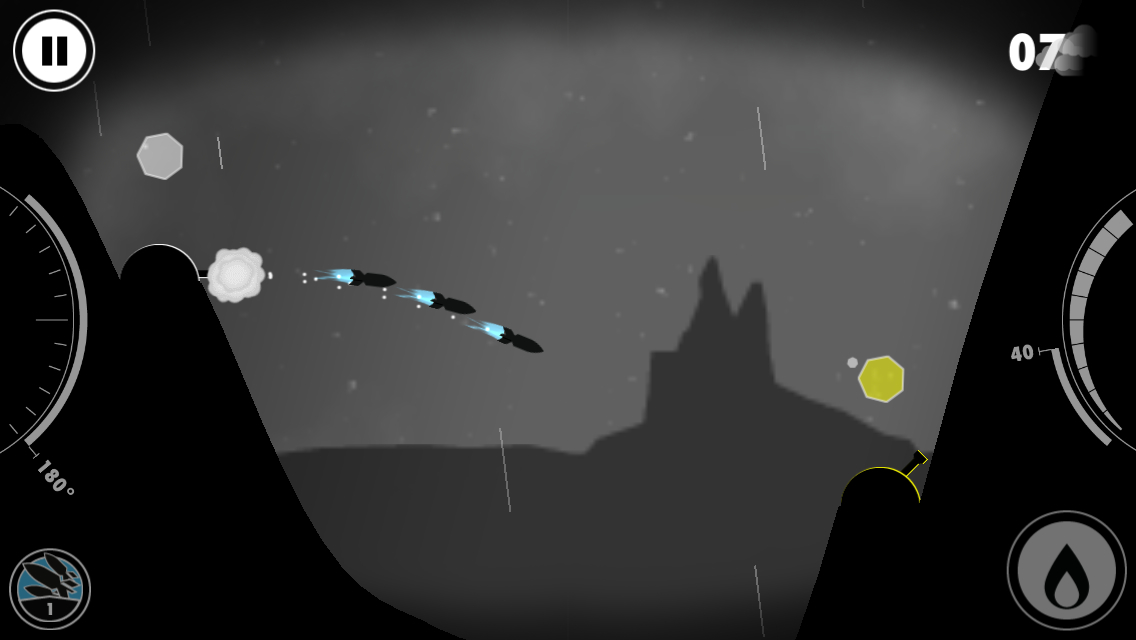 Unfortunately, it’s impossible to detect what their motives and weapons will be beforehand, which can make planning out which happens to be beforehand a bit frustrating. For some missions, it’s almost as if you need to replay until you get a scenario where your enemies are pelting each other and then take out the winner. Personally, I found this wide variety of behavior to be more frustrating than I’d like.

Still, with enough mastery over the winds and aiming, it’s certainly possible to mitigate some of the potential pratfalls with unpredictable enemies. Proper preparation in terms of buying weapons is also imperative, although I really hated the fact that the game doesn’t save your purchases if you have to replay a level. It’s a small UI overlook that becomes increasingly annoying the more times you have to repeat the same level. 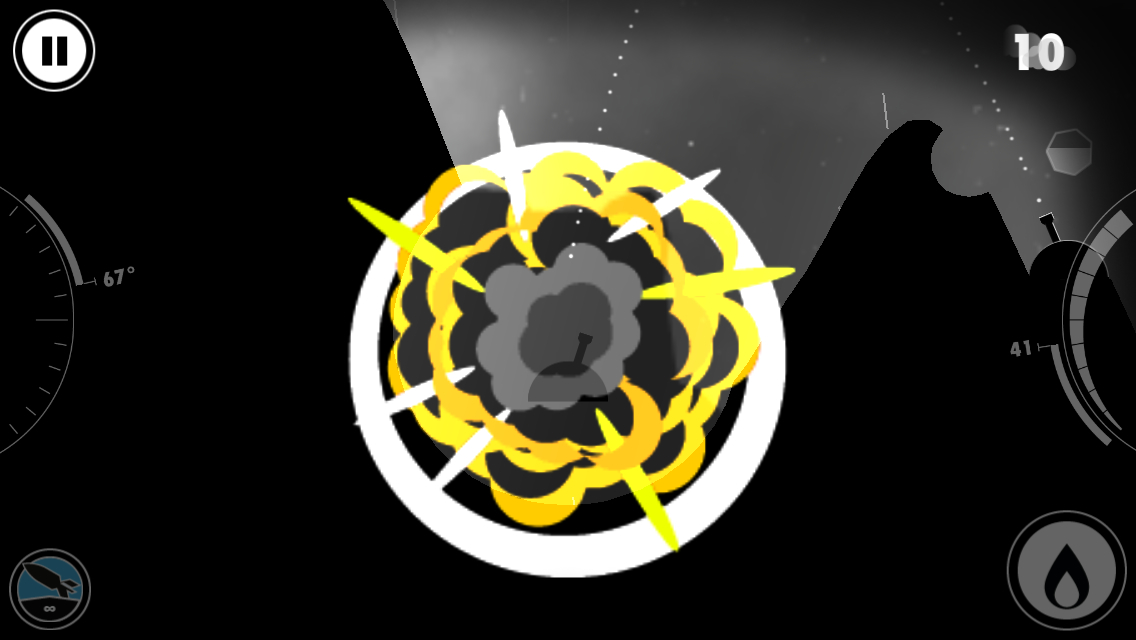 When all is said and done, I still think YesSir is a pretty decent artillery-style shooter. It does a good job combining a minimalist art style with strategic gameplay, and there’s more than enough content to keep you occupied. If you’re willing to overlook some of the frustrations inherent in its UI and difficulty (as well as the lack of multiplayer), feel free to check it out.