The games media has been abuzz following social gaming juggernauts King.com’s announcement that they secured a trademark for the word “Candy". Gamezebo goes into detail, discussing the fact that the trademark for the word “candy" extends to video games and clothing, oddly enough. Developers are already facing King’s enforcement of the trademark, with the maker of All Candy Casino Slots – Jewel Craze Connect: Big Blast Mania Land (Free) among the first to come out as receiving legal notice from King.

As usual, when this sort of thing happens, the community reaction has been nothing short of hilarious. Rock Paper Shotgun points out many ridiculous examples of games that now are technically violating King’s trademark. It doesn’t stop there though, the clothing side of their trademark even extends to headphones, so even though Skullcandy was founded in 2003, they’re also technically in violation. 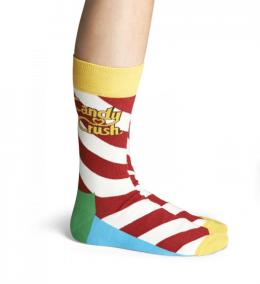 While this all seems pretty crazy, it seems that King is taking a semi-reasonable approach to the whole thing. (Or, at least as reasonable as one can be enforcing such a weird and broad trademark.) In a response to GI.biz, they basically said they don’t plan on enforcing against all uses of “Candy."

We have trademarked the word ‘CANDY’ in the EU, as our IP is constantly being infringed and we have to enforce our rights and to protect our players from confusion. We don’t enforce against all uses of CANDY – some are legitimate and of course, we would not ask App developers who use the term legitimately to stop doing so.

This whole thing is a tricky deal, as companies definitely live and die by the power of their branding. To protect the interests of their company, King must protect their IP, and while there’s tons of examples of games with “Candy" in their name that totally never would be confused by anyone with Candy Crush, there’s tons of fairly blatant clones. To fight those, King needs these kind of legal weapons. I guess we’ll just have to wait and see if they’re used responsibly or not.