Kemco’s latest in their line of monthly mobile RPGs comes by way of developer Magitec, whose name last popped up with Covenant of Solitude ($6.99), released several months ago. They are by far the least prolific of the teams Kemco uses on the English side, with just three of their games seeing release: Grinsia ($6.99), the aforementioned Covenant of Solitude, and this game, Chrome Wolf ($7.99). Due to the breakneck release schedule of Kemco’s games, we’re used to seeing minor improvements at best from title to title, though in the last year or so, each of Kemco’s development partners have made major engine changes or created new ones altogether. Everyone except Magitec, that is.

It’s a bit disappointing to see the same old engine in play given the gap between their last release and this one, but they’ve certainly tried hard to give the game a fresh feel anyway. One bit of good news is that Chrome Wolf is universal, which isn’t something you can take for granted with Kemco’s releases. It also fills the whole screen on an iPhone 5 without inserting any borders or frames. That’s about the extent of the technical changes compared to the developer’s last title. The biggest change for this game is the theme, however. Latching on to the current tank craze in Japan, this game eschews the usual fantasy tropes of swords, dragons, and magic in favor of guns, armored vehicles, and magic. Well, hey, you can’t expect them to throw everything out, can you? 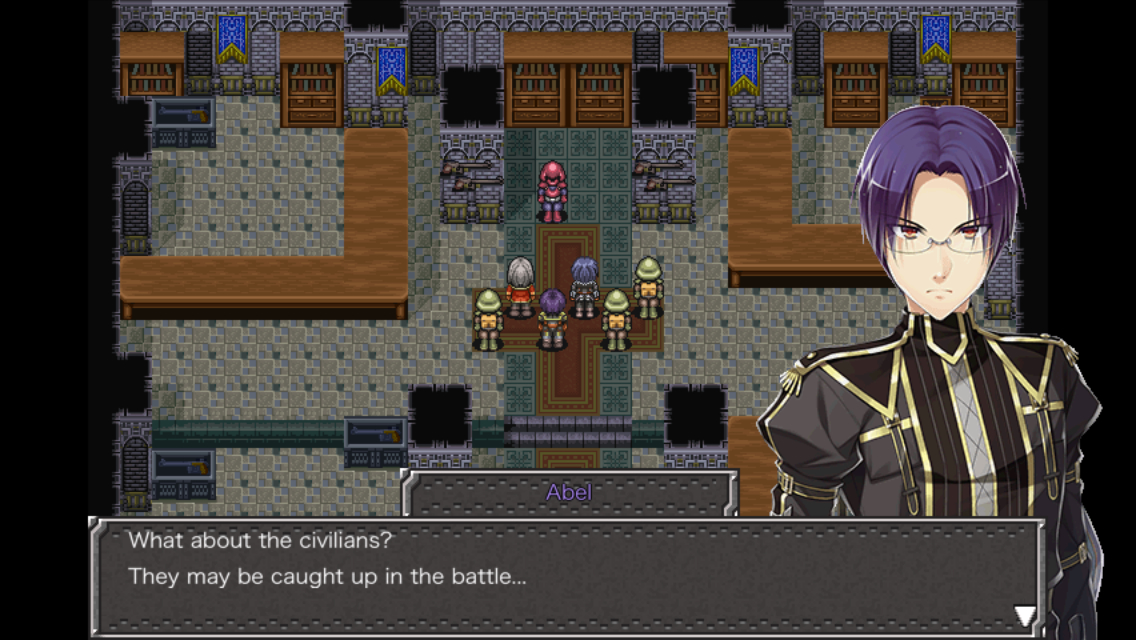 In Chrome Wolf, we follow the story of Kruz, a young orphaned (of course!) Imperial soldier. Sent on a routine mission to quell some insurgent rebels, his life soon spins wildly out of control. He finds himself set as the leader of an elite unit known as Chrome Wolf, which consists of a small handful of soldiers coincidentally about the size of a usual RPG party. Chrome Wolf soon finds itself in control of a sweet tank called Centurion, which they use in combination with their shooting skills to compete their missions. The story was the high point of Magitec’s last title, particularly with its tendency to deliver shocks and twists in a satisfying manner. This game has a slightly more clumsy narrative, with one of those really awkward racism allegories that seem to crop up now and then in RPGs. The biggest surprises roll out near the beginning, with the pieces eventually settling in disappointingly expected ways. 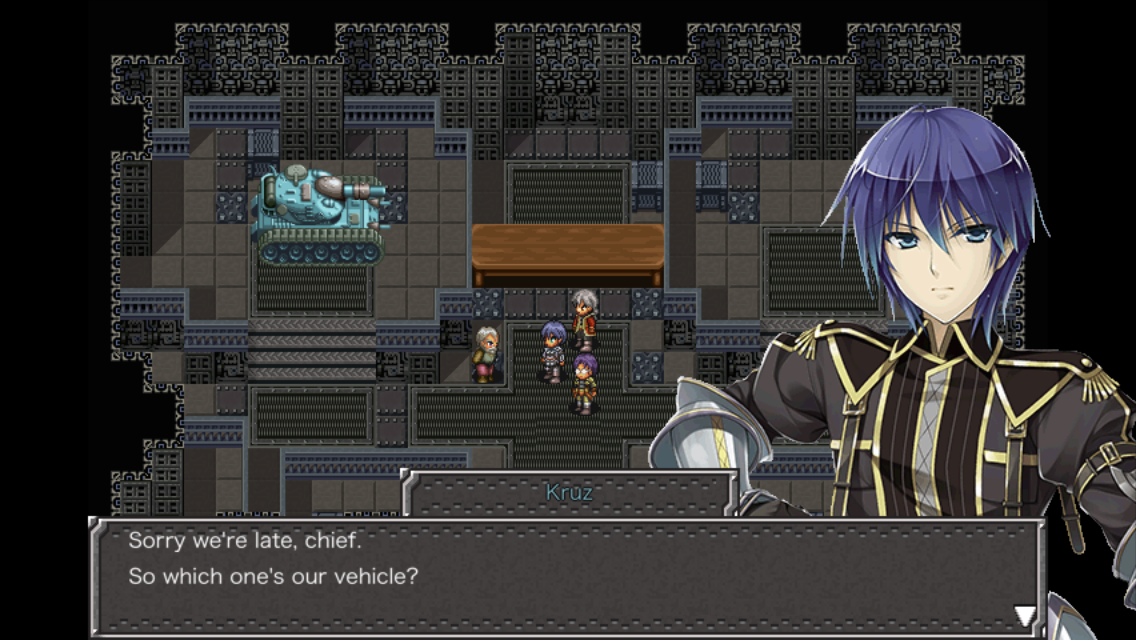 The change in theme is more cosmetic than you might expect, but the gameplay does occasionally take advantage of this new coat of paint. The tank is probably the biggest example of that. Once you’ve gotten the tank, you can climb in or out of it almost anytime, allowing you to mow down enemies more easily but at the cost of not earning any class experience points. Some dungeons restrict tank usage, but a surprising number of them allow it. You can buy and find parts for your tank to beef it up, and the way it works in battle makes it feel like more than just a powerful regular character. It has a set amount of energy that decreases when you perform an action, and if you don’t have enough left, you’ll have to spend a turn recharging. The tank can also repair damage to itself somewhat freely if it has enough energy.

The other unique element of this game is how the missions work. Unlike most other RPGs Kemco publishes, missions aren’t simple success-fail affairs in Chrome Wolf. You’ll often have to perform some type of task or finish things under a certain restriction. If you do well, you’ll earn more rewards, but you can still get credit for finishing the mission even if you mess up. It makes the subquests a lot less mindless than usual, and it’s a welcome addition.

Other than that stuff, this is a pretty boiler-plate JRPG. There are turn-based battles, random encounters, towns, dungeons, weird monsters, and melodrama aplenty. Sure, you’re using guns instead of swords, and your job classes are recon and snipers instead of thieves and rangers, but it all still works pretty well the same beneath the military veneer. Still, I appreciate the attempt to try something different, and in a more realized way than some of the interesting premises seen in recent titles like Machine Knight (Free). They really go all the way with the war theme, even going so far as to drop in an analogous character to Erwin Rommel, the Desert Fox of World War II. You can tell that this wasn’t a half-hearted idea, even if its ambitions are somewhat outstripped by reality.

As far as character growth goes, you have your usual experience points and levels, along with a somewhat limited job system. Chrome Wolf nicks the idea from Final Fantasy 5 ($14.99) where if you master a job class, you’ll learn a passive ability that can be used with any subsequent jobs. There are only a handful of job classes to choose from, but the game isn’t terribly long, so it works out okay. Leveling up on a job teaches you a new skill that can be used while you’re using that job class. Similarly, each character can equip an elemental emblem that will also offer new skills upon leveling up. There’s considerable overlap in abilities between various job classes and emblems, so it’s not quite as customizable as it appears, but it works well for the scope of the game. 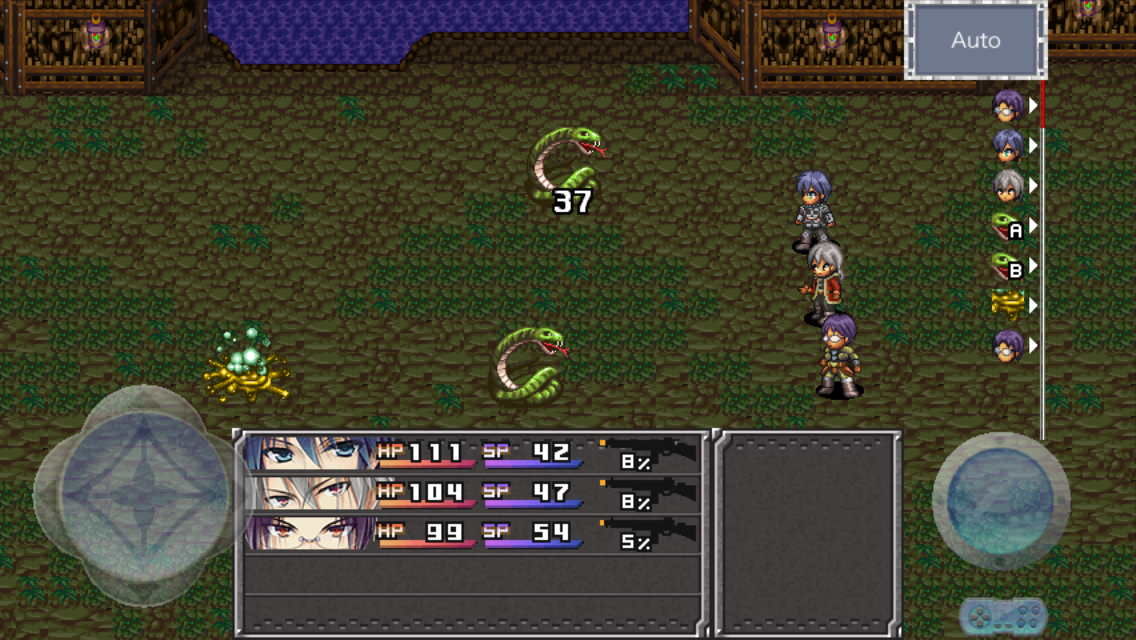 The developer still hasn’t figured out how to make good dungeons, though. The same problems that plagued their previous titles are out in full force here. Lots of long, winding roads that either end in a dead end or a switch to open a path in said dead end, trap floors everywhere that take away HP if you step on them, and a lot of treasure chests with absolutely useless items inside. A few gimmicks are hauled out here and there, but there’s nothing you haven’t seen before if you’ve played either of their prior games on iOS. They’re more tedious than challenging, especially since when a character levels up in this game, they get an HP/MP refill, making even the frequent enemy encounters little more than a nuisance.

The usual IAP shop is here, as well, where you can spend special points earned by defeating enemies or bought with real money. There’s a selection of cheat items and three extra dungeons/missions. The price on the missions is considerably higher than we’ve seen in previous Kemco games. You’d have to spend several dollars on IAP to unlock them all, or grind for about five entire playthroughs worth of enemies. After checking them out, the only one that’s really worth playing is the Ancient Ruin mission, which unlocks a secret job class. The others can earn you some extra-special cheat items, but aren’t interesting enough to merit their high prices. If you scrape together enough points for one, make it the Ancient Ruin. 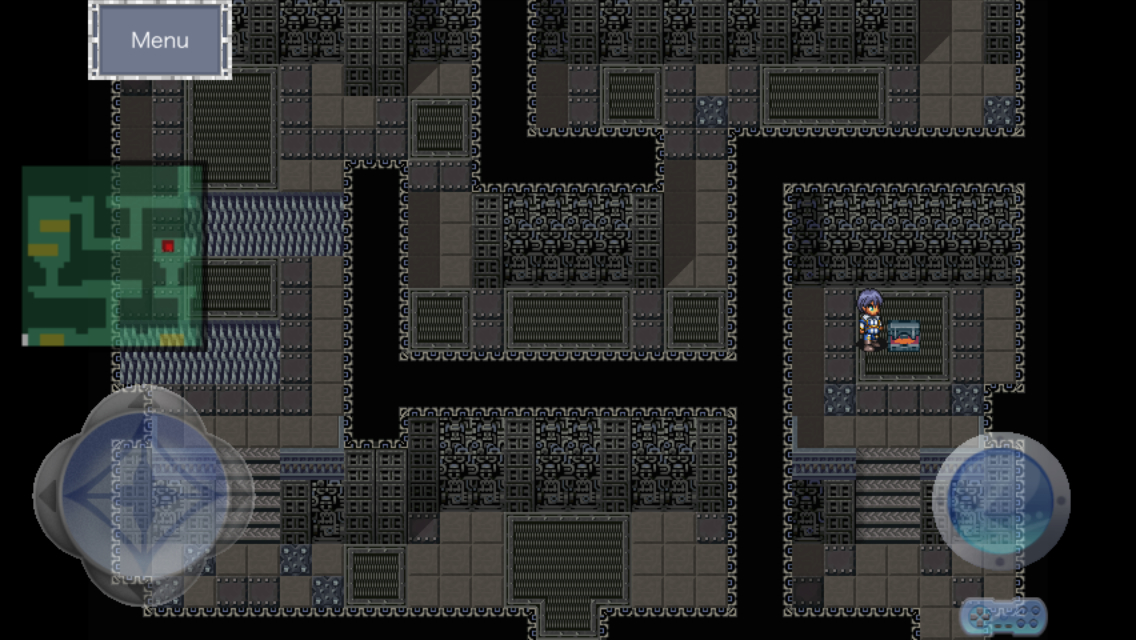 The main quest is pretty easy for the most part, but sub-missions are certainly not afraid to show their teeth. I feel this strikes a good balance of challenge, though I wish the lengthy dungeons weren’t quite so trivial. Recent Kemco games have been a bit too easy, but the earlier ones were pretty nasty. Chrome Wolf‘s setup allows less-skilled players to enjoy the story while still offering content with bite for veterans. The total length of the game is about 20 hours, though that number will depend heavily on how much of the side content you’re doing. The translation work is competent but wooden, with little in the way of genuine English mistakes but plenty of stiff dialogue and awkward phrasing to burn. Still, I’m not going to pick on them too much, because this is one area where we’ve seen big improvements over the last year with Kemco.

Unsurprisingly, the graphics, music, sound effects, and input methods are all essentially the same as Covenant of Solitude. There’s a fair bit of new sprite work owing to the unique theme, and the music definitely has more of a military step to it at times, but most of the tile sets are reused and the music generally sounds like typical RPG fare. There’s a little bit more variety in the look of the dungeons compared to their last game, but you’ll still notice a lot of reuse and recycling. As for controls, it’s the usual setup allowing you to use touch controls or press a button to bring up a virtual controller. I don’t really see this changing in the future, as it seems to work out well for most everyone. 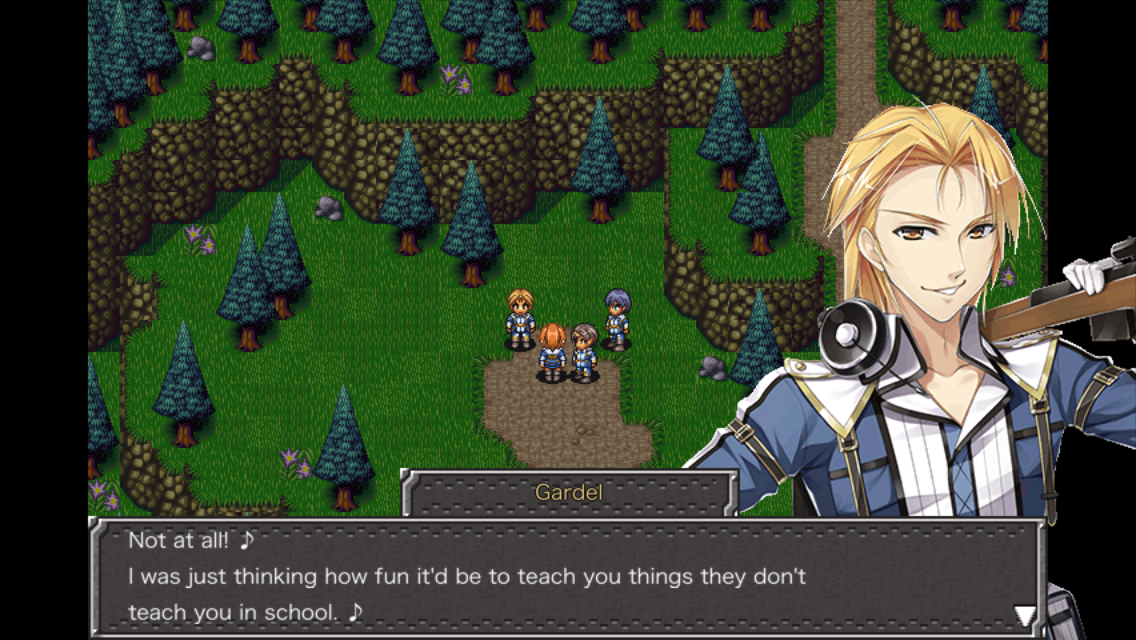 The theme, unusual for an RPG, does a lot to make Chrome Wolf stand out from the pack, albeit just a little bit, and I appreciate how thoroughly it’s been implemented within the confines of a somewhat limited engine. I also really enjoyed the sub-missions, which often introduced challenging twists on concepts that are well-worn. I’m less thrilled about Magitec continuing to drop the ball on some of the more basic aspects of a good RPG, like good dungeon design and making enemy encounters actually mean something. Chrome Wolf is yet another Kemco-published RPG that falls somewhere in the crack between great and awful, making it a decent choice for hungry genre fans, but of little interest to anyone else.