Bioware’s classic Star Wars RPG Knights of the Old Republic ($9.99) found new life and a brand new audience when it launched on the iPad back in May of this year, and according to IGN, a forthcoming update will include iPhones and iPod touches in on the fun. The game will reportedly require users have at least an iPhone 4S or a 5th generation iPod touch in order to run the robust title.

In addition to Universal support, there will be improved visuals and an improved user interface in this update. Some of the visual enhancements users will see on capable devices include bloom lighting, shadows, Retina Display support and proper support for 4-inch widescreens. The developers responsible for the iOS port have also hinted that they’re experimenting with MFi game controller support too, though nothing seems to be official just yet. 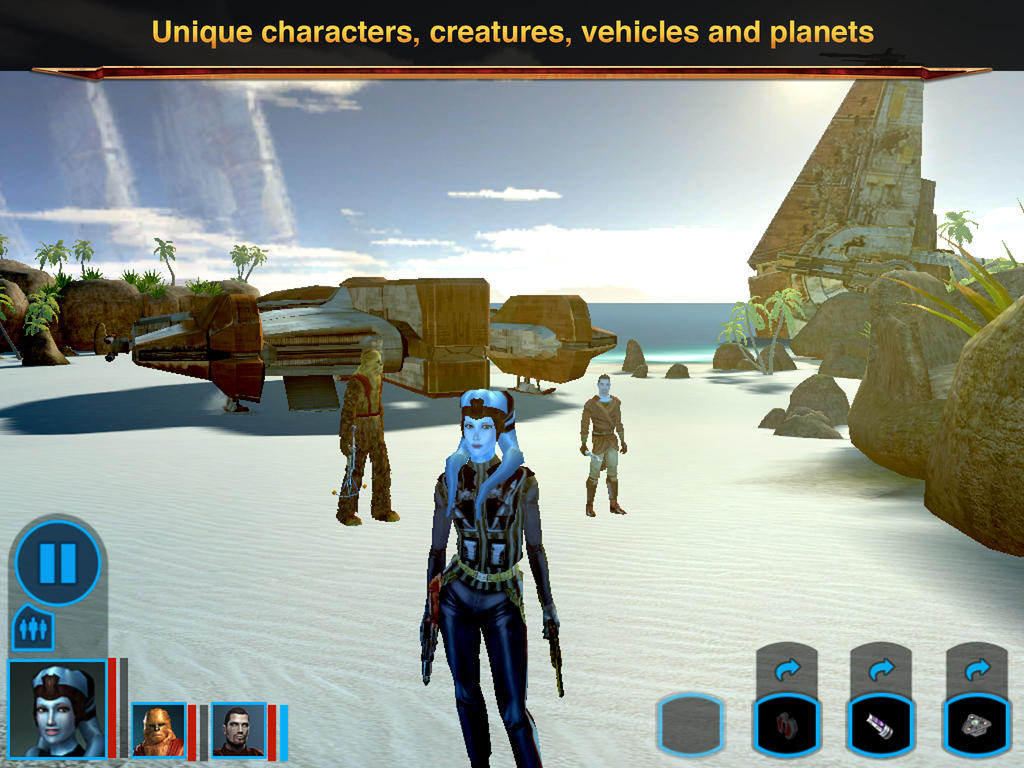 We thought that Star Wars: Knight of the Old Republic was simply outstanding when it launched on the iPad earlier this year, and although it seems like the kind of game that would be too cumbersome on the smaller screens of an iPhone, I’m confident that the developers will be able to tweak the interface enough to make it work. At least I’m hoping so, as I’d really play KOTOR a whole lot more on my iPhone as opposed to my iPad. At any rate, the update is expected “soon" so keep your eyes glued here and we’ll give you a heads up when it officially launches.