The huge Minecraft – Pocket Edition ($6.99) update which developer Mojang detailed back in October is now available in the App Store. The biggest addition is the ability to craft minecarts and rails to run them on. While Redstone is in the mobile version now in a limited capacity, you can’t yet make circuits out of the Redstone dust, though it does seem you can power your minecart rails with it.

Other changes include new block types, new food and crops, new items like clocks and compasses for Creative and Survival modes, more block types available for use in Creative mode, a more intelligent AI for mobs and the ability to breed animals, and tweaked functionality to how existing blocks and items behave in the game. Also, Mojang has added new textures and colors taken straight from the PC version of Minecraft, improved the draw distance greatly in the mobile version with the ability to adjust it in options to tweak performance on your device, and improved lighting and fog effects. 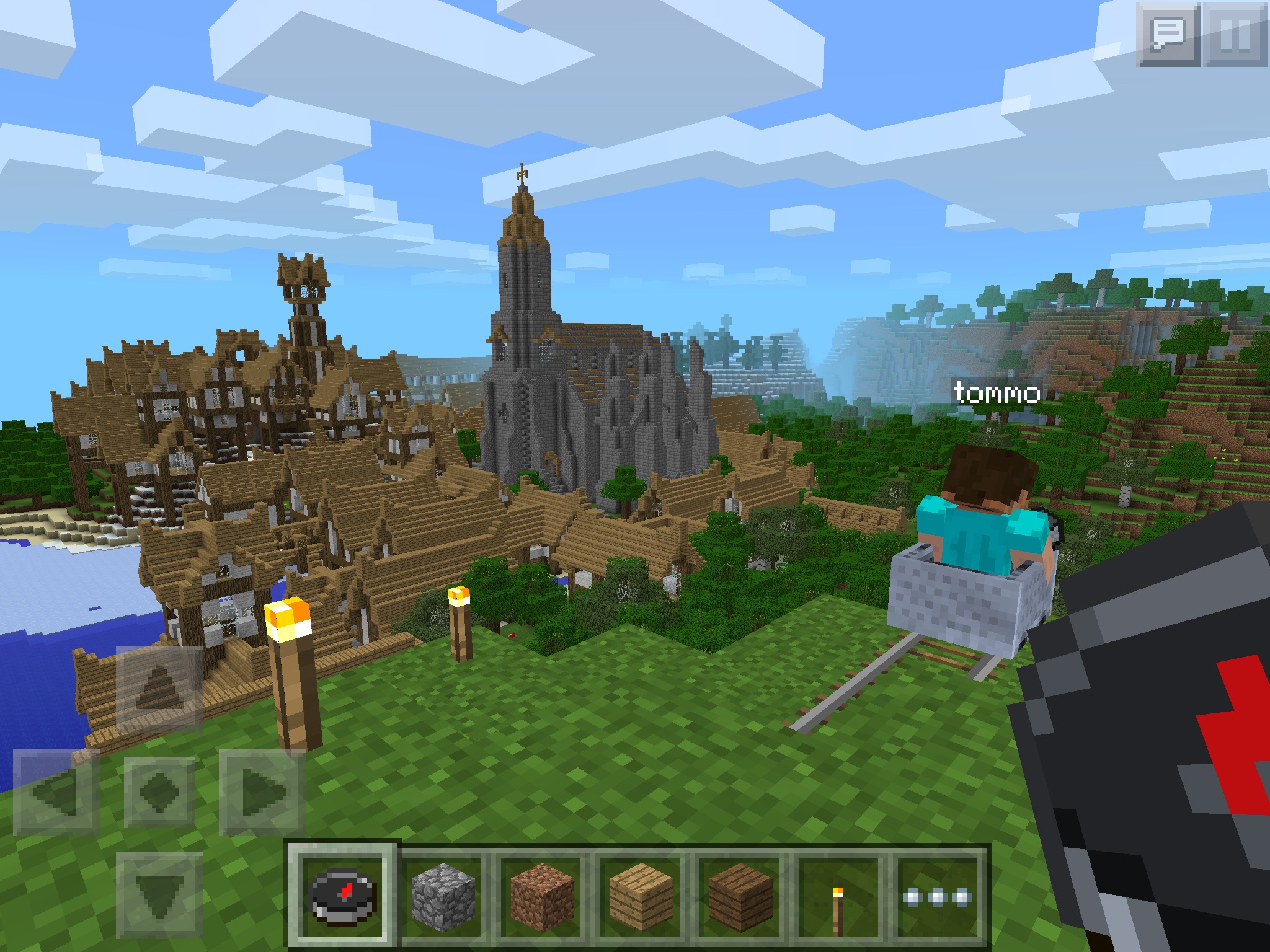 We’ve said this plenty of times before, but as slow as the update road has been for Minecraft – Pocket Edition, it’s nice to see that it continues to be updated and fleshed-out to be more along the lines of its PC counterpart. I’m confident that by the end of the decade we’ll have something on mobile that’s comparable to Minecraft proper (that was a joke… sort of). And, in case you’re more impatient for these full-fledged type of features in your crafting adventures, there’s always Survivalcraft ($3.99) to fall back on. I still enjoy the official Minecraft – Pocket Edition for what it is though, and have my fingers crossed that more updates like today’s will come at an even faster rate in the future.