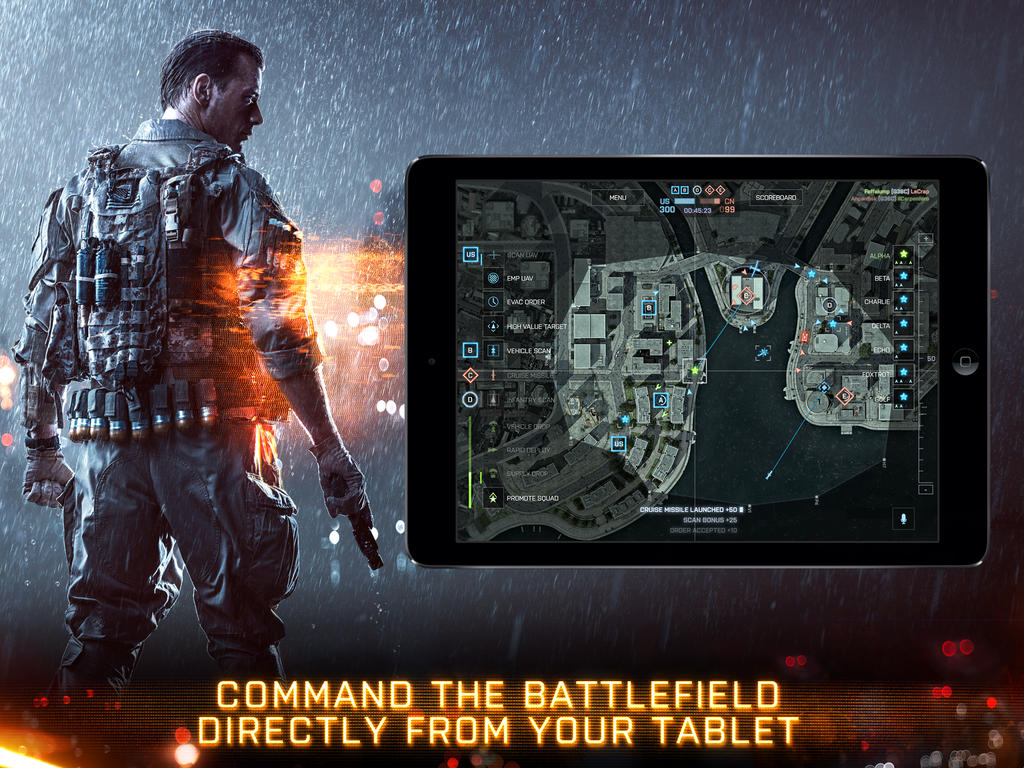 “Second screen experiences," as they’ve been dubbed, have been pretty lame in previous releases. The Call of Duty and Halo second screen content have been the best that I’ve seen, but even those were basically just a vaguely relevant web page being shown on your iPad while you play the game. Battlefield 4 Tablet Commander (Free) seems to change all that in that it actually supplements the game in a really cool way.

You can utilize the in-game voice chat, and actually interact with the battle taking place via unleashing UAVs, sending in support packages, or even calling in missile strikes. I don’t have Battlefield 4 just yet, as I’m waiting for my Xbox One next week, so I can’t give this a spin… But I’d be super curious of what you guys who do have the console/PC counterpart think of it.