Hot off the heels of the release of its arcade racer back in August, Gameloft is back behind the wheel with GT Racing 2 (Free), a racer that focuses more on ‘simulation’ rather than thrills. Just as it did with Asphalt 8, GT Racing 2 boasts impressive visuals, loads of content, and a pretty approachable experience both in terms of gameplay and presentation. In fact, the only downsides lie with its freemium timers, which are annoying but not game-breaking.

As was the case with Asphalt 8, the first thing you’ll notice with GT Racing 2 is the excellent visual system. The game’s vehicle models are impressively detailed and the tracks, while a little sterile, still look great. Most importantly, the GT Racing 2 runs at a fast, smooth framerate with little slowdown. Of course, these impressions are based on an iPhone 5S, so older models may not have the same experience. Still, if you are fortunate enough to have a current generation device, GT Racing 2 is definitely on the short list to show off its graphical prowess. 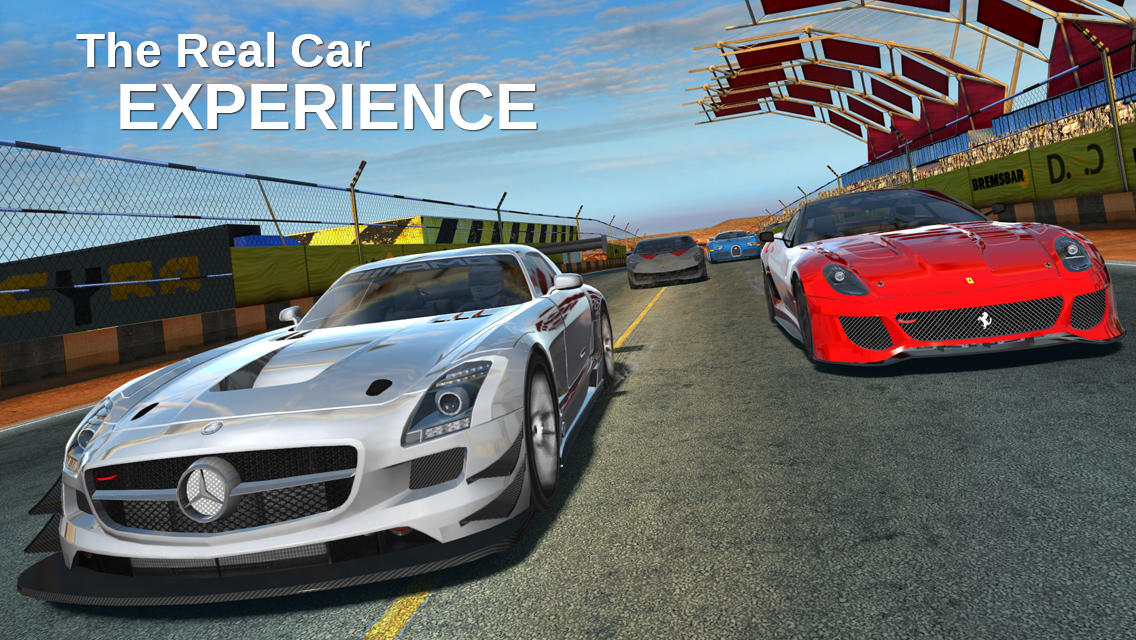 Featuring an incredibly deep campaign mode, GT Racing 2’s single player mode offers an insane amount of content. Each vehicle features its own campaign with plenty of different kinds of races. There’s also a decent amount of variety in terms of tracks and vehicles, although it would have been nice to have more (a common desire). A standard multiplayer mode rounds out the content, and works well as a supplemental source of income.

My biggest complaint with Campaign Mode is the strict linearity of it. Every player starts with the same group of low-end cars to purchase with higher end cars locked until you earn the requisite amount of stars (after which you still need to earn enough coins to purchase them). The campaign does allow you to occasionally skip some cars if you earn enough stars in the other vehicle campaigns but unless you spend a lot of real money on premium bucks, higher end cars will remain unlocked for quite awhile. Each vehicle also follows the standard rule of gradual difficulty while improving your car to match the difficulty increases, so you will have to invest money into your cars to earn those stars. This isn’t really a big concern, but folks looking to drive a specific, higher-tier car will either have to spend a lot of time unlocking it in the campaign or purchase premium currency. 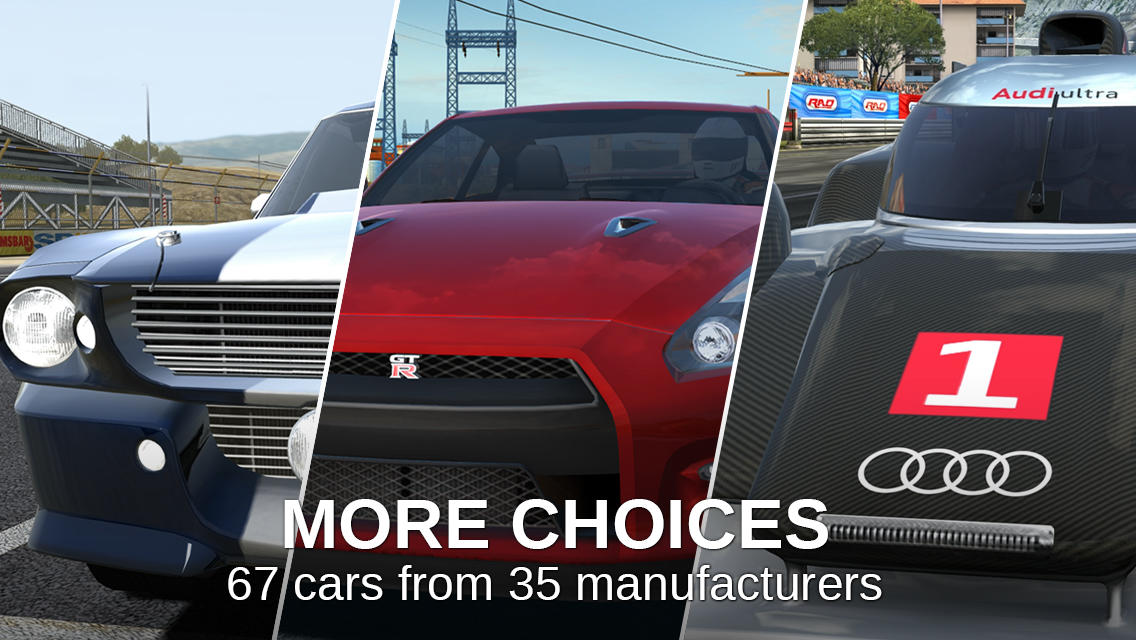 The only real irritation with GT Racing 2 is its use of timers and mechanics in upgrading your vehicles. Simply put, it’s an unnecessary annoyance that feels tacked on. In order to upgrade a vehicle, drivers not only need to pay the requisite amount of currency but also assign a ‘Mechanic’ to conduct the repair. You start out with only one mechanic, but can purchase additional ones with premium currency. Until you purchase more than one mechanic (which could take awhile without IAP), you’ll only be able to perform one upgrade at a time regardless of how many vehicles you own.

Meanwhile, those upgrades take time to complete, with the more mechanics put on an upgrade, the faster the job takes. Of course, upgrades can be fast tracked with premium cash, but players should really be saving those for more mechanics. It’s a cumbersome system that really penalizes players at the onset when they only have one vehicle. It’s also somewhat reminiscent of the system in Real Racing 3, except there’s no damage system which is a big plus. Regardless, while it doesn’t it doesn’t impact most of the gameplay I really wasn’t a fan of it. 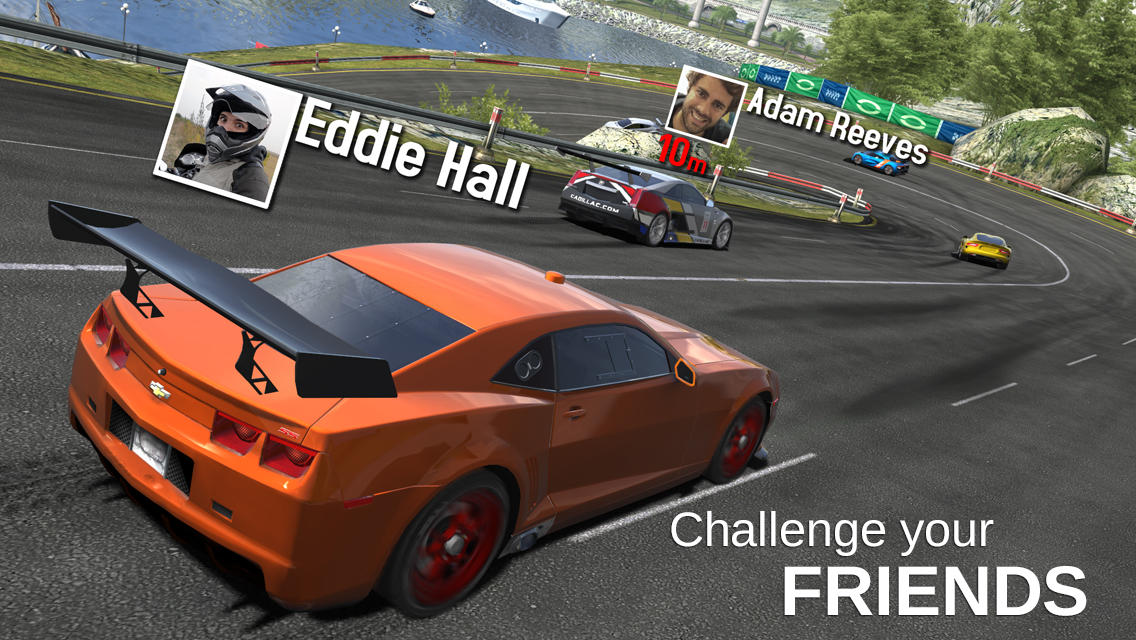 It is a shame, because other than the freemium complaints, GT Racing 2 is a great title. It controls beautifully, with plenty of viable control schemes and has a ton of content. In addition, options such as the perfect line do a great job of teaching novice drivers the ideal paths to tackling the road while steering and brake assist are welcomed options that are almost standard on full-featured racing games. Props also to the music track list, although I would have liked a bit more variety to the tunes.

Overall, there’s a lot to like with GT Racing 2 but the upgrade timers and forced linearity of the campaign mode really bring down an otherwise fun experience. Obviously racing aficionados will want to check it out, but I think GT Racing 2 is also approachable enough that novices can get into the mix. Sure, the freemium elements are an annoyance, but the lack of any true paywalls means everyone can (eventually) enjoy all that it has to offer.