One of the interesting things I’ve noticed with the rise of indie game developers in the last several years is the reappearance of the long-absent category of parody and satire games. As game publishers became bigger and budgets went higher, it felt like the industry was losing its sense of humor and self-awareness. I’m happy to see these kinds of games making a return. Of course, even though being clever and funny are great things, it’s important for there to be a decent game behind all of the jokes, so that you don’t end up with something best enjoyed as a YouTube video. Doom & Destiny ($2.99) is a pretty funny send-up of RPGs, classic games, and the people who play them. More importantly, it’s also a good RPG itself.

Four friends are on their way to their usual pen and paper role-playing session at their friend’s house. We’ve got some usual types here: the rules lawyer/wet blanket, the guy with the over-inflated sense of himself, the guy who likes to smash things, and the guy who is clearly only there for the beer and pizza. If you have some pen and paper experience, the parody is probably going to start clicking with you as soon as you meet this crew. While searching for their friend, they get sucked into a fantasy world, where the people insist they must be legendary heroes and task them with rescuing a princess. 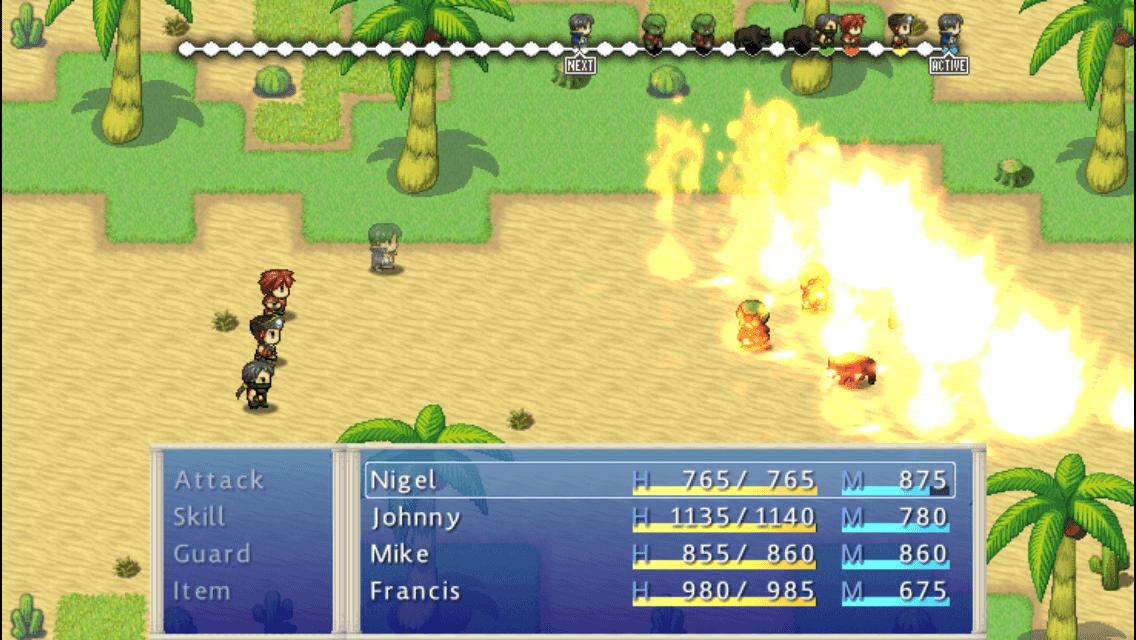 Each of the guys takes on one of the traditional four character classes of RPGs. We’ve got Nigel the Mage, Johnny the Warrior, Francis the Ninja, and Mike the… Pirate Cleric? Cleric Pirate? Although you’ll never get any new party members or classes, there’s quite a lot of room for customization with each character. Whenever a character levels up, you’ll get to distribute three points among four different stats, and upon reaching certain milestones in each stat, you unlock an extra power point. Power points basically determine how many special abilities you can have equipped on each character for use in battle. Lower tier abilities require an allocation of just one power point, but as you progress through the game, powers will require more and more of your available points.

You can switch up your powers whenever you like, outside of battle, but you’ll never have enough power points to have every ability equipped at once, so you have to make some choices about what you want each character to do. Do you want to set up Francis as a debuff/status ailment type character, or would you rather have him as a speedy, critical hitting attacker? Is Mike going to be a Healer Pirate, or a Bard Pirate? This customization is probably my favorite aspect of the actual gameplay. You’re free to experiment without penalty to find what works best for you in each situation, and with the staggering number of abilities you can buy and find, variety is never an issue.

The only thing that really holds you back from going hog wild on abilities is your supply of cash. You’ll earn plenty of money, both from fighting monsters and from simply picking it up off the floors of dungeons, but upon reaching each new town, you’re not going to have enough to buy all of the new stuff. You can, of course, stop and grind if you like, but the game is balanced such that you really shouldn’t. Instead, you should make some hard choices about what equipment and abilities you really need, and move along. If you happen to be the sort of person that wants to buy everything as soon as they hit a new location, you’re going to be in for a grind in Doom & Destiny. 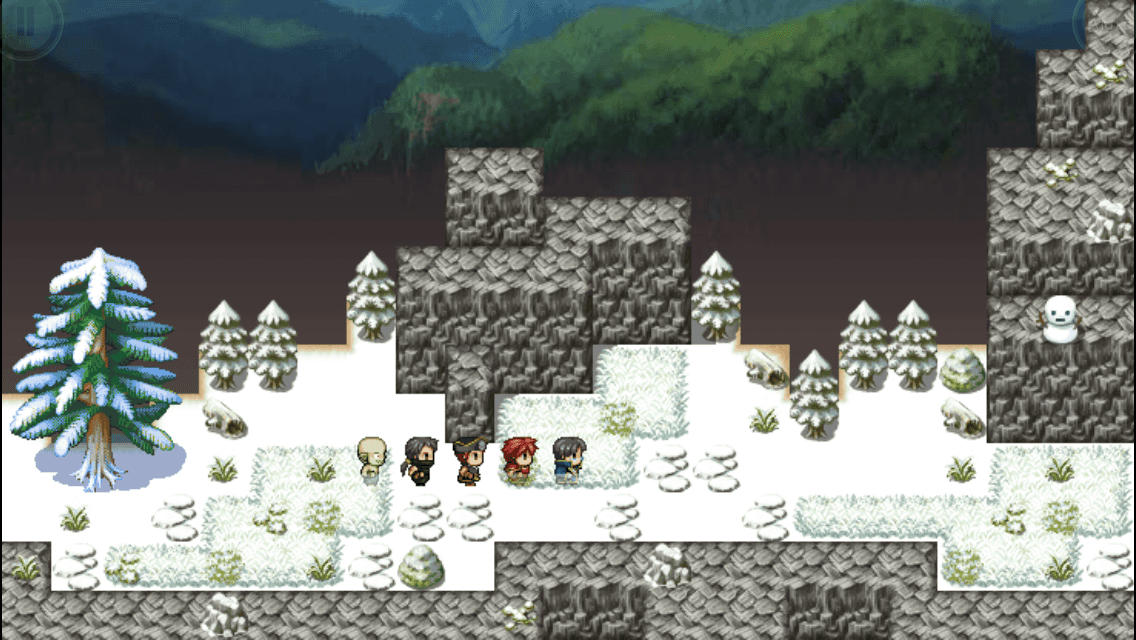 The battle system is pretty standard if you’ve played any JRPGs, particularly Final Fantasy X. Turn order is displayed at the top of the screen, and when a character’s turn comes up, you simply choose what you want them to do from a menu. A notable difference from many JRPGs, but familiar to MMO fans, is the concept of ‘hate’. Any action you perform will incur a certain amount of ‘hate’ from the enemies, increasing the chances of the enemy attacking that character. Unless you want your mage and cleric pirate bard to get splattered, it’s important for your warrior to keep hate focused on him by using his special abilities. It’s a nice addition, and lucky for it, too, because it keeps the battles from becoming boring too quickly.

The world you explore in Doom & Destiny is fairly big, and the quest is reasonably long. I spent about 30 hours making my way through, and while I didn’t quite get everything, I was making an effort to do as much as possible. While the game sometimes betrays its origins as a PC RPG Maker game, most of the areas you’ll come across look really nice, like a 16 bit game, but with a richer color palette and lighting effects. I’m not quite as keen on the battle graphics as I am with the exploration graphics. The characters are simple and the monsters are kind of unimpressive. The animations lack the flourish found in some better entries in the genre.

The dungeons have pretty good designs on the whole, offering lots of interesting branching paths with plenty of treasure to be found. Backtracking is minimized thanks to clever use of shortcuts in many dungeons, but you will still find the odd case of having to go all the way down one branch to find a key or switch, followed by walking all the way back to take the other branch to the door. Thanks to good use of treasure, gold, and hidden secrets, though, I never minded it much when I had to do a little extra exploration. I really love the secrets in this game. Some of them are obvious to anyone, some of them are highly suggested if you’re genre-savvy, and others are so well-hidden, you might have to check a guide if you don’t stumble on them randomly. Aside from useful equipment and gold, these secret areas often contain special abilities you can’t find anywhere else. It’s a good reward for going out of your way, something too many RPGs fail at. 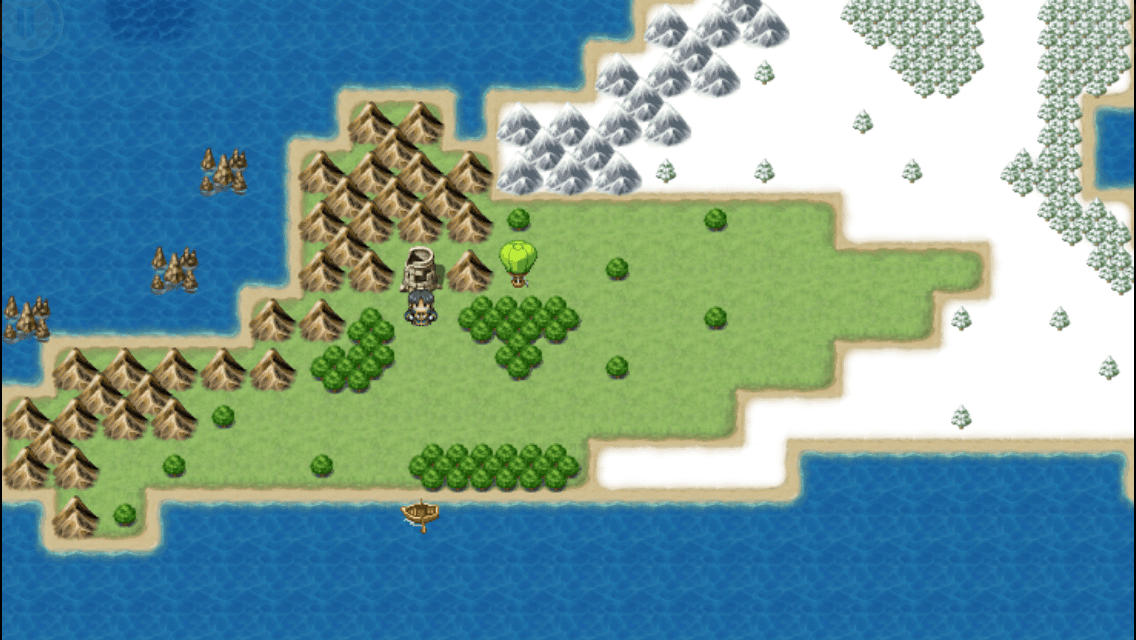 The developers have done something unusual for the controls in this game, and sometimes I think they’re brilliant, while other times I wish I could just use some standard virtual controls. There are basically two floating sticks, one for the left side of the screen, one for the right. The left stick controls your character and cursor movement, while the right stick can be pushed to confirm, and tilted in various directions to perform actions such as opening the menu and canceling. The direction-dependant right stick is great. I would love to see it in every touch-based RPG. I found myself often going in an undesired direction thanks to the fussy left stick, though, and while you can adjust the sensitivity in the options, it never really felt as good as the persistent direction pads/sticks found in other iOS RPGs.

So, yes, there is a solid game behind Doom & Destiny‘s farce, without any killer flaws. Even if it were played straight, I’d still be giving this one a pretty solid recommendation just on the merits of its design. Let’s not forget, however, that there’s a comedy bolted on top of these mechanics, and it’s a pretty good one. There are tons of references to other games both in the genre and out, lots of clever subversions of the genre tropes, and a good mix of plain old silly sight gags. The jokes even weave into the gameplay fairly often, making it truly feel like a comedy game instead of just a series of jokes broken up by unrelated gameplay.

The only thing holding the dialogue back is the iffy quality of the translation. The developers are not native English speakers, and while I would love to chalk this one up to riffing on the many RPGs with poor translations, I don’t think this was intentional. Grammatical oddities and awkward phrasings abound, sometimes with little effect, other times ruining perfectly good jokes. It’s odd that the many English mistakes that peppered the game when it was originally released two years ago on PC are still here to this day. There’s also an uncomfortable amount of perjorative comments about homosexuals in the dialogue, but I can’t decide whether or not it’s part of the satire (young adult men playing D&D together are not usually the model of progressive behavior, after all), so I’ll try not to hold it against anyone.

Overall, the parody works very well, the game itself is fun to play, and it offers a large amount of content at a ridiculously fair price, with not so much as a whiff of IAPs to be found. Doom & Destiny is one of the best JRPGs available on iOS, without even taking the price into account. If you’ve got even a passing interest in the genre, you should definitely check this one out. I had a big dumb smile on my face most of the time I was playing it, and people in our forums have been having a great time with it, too. For such a low price, you really can’t go wrong here.