Rubicon Developments built a stellar foundation with their turn-based strategy title Great Big War Game, and now they’ve built on that foundation with their newest title Combat Monsters (Free). On top of the hex-based, turn-based strategy system is an entire collectible card system that sees you building up decks and acquiring new monsters to send out into the field and help you do battle. There are more than 130 different monsters in the game, not to mention tons and tons of different weapons, shields, potions and more to augment your style of play. It’s a deep system, but not so overly-complex that it’s hard to grasp for those that don’t typically play card battle or strategy games.

While there’s a brief single-player campaign to play through, as well as unlimited skirmishes against the AI, Combat Monsters is strongest as a multiplayer title. It works cross-platform with the Android and PC versions, so the online community should always be plentiful when putting your skills to the test. Currently the online multiplayer is in real-time only, though an asynchronous mode is being discussed and I think would suit this game particularly well. 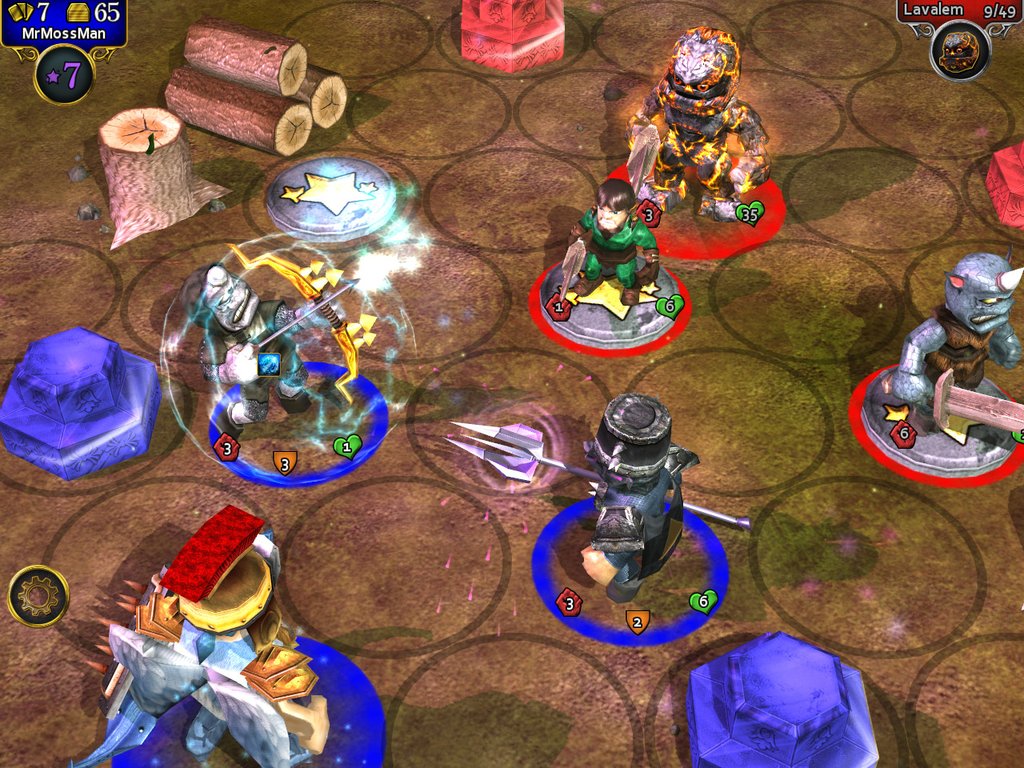 One other really interesting aspect to Combat Monsters is its pay model. It’s free-to-play, and typically when a game goes that route some gamers question whether the developer deliberately messes with the balance in order to nudge you towards making an IAP purchase. Well, Rubicon is pretty up-front in saying that yes, if you choose to play entirely for free then your progression will be slower. That’s the penalty you’ll have to endure for choosing to play the game without paying, however, at least you are able to play entirely without limits without ever spending a dime. You’ll just earn the (single) in-game currency much more slowly.

You can speed up that process by grabbing a coin pack here and there if you choose, but a much better idea is to buy the Coin Tripler (yes, tripler!) for $2.99. This essentially puts you at the normal progression rate intended for the game, and while you’ll still have to actually play to earn coins and new cards to flesh out your deck, there won’t be any needless grinding in order to do so. It effectively turns Combat Monsters into a $2.99 premium game, if you want to look at it like that. I actually really like the system and bought the Coin Tripler right away, and you’d be smart to do that too if you know early on you’re going to enjoy the game, as you’ll earn significantly more gold just through the campaign which you’d miss out on if you purchase it later in the game.

The only problem with this system is that it will give those who choose to buy a lot of IAP coins right off the bat an advantage early on, but it’s only temporary. Through playing you’ll be able to upgrade your deck as well, and eventually everyone will be on an even playing field anyway. This might rub you the wrong way, it might not, but the core mechanics of the game are so well done that I’ll be playing long enough that even the pay-to-win players won’t have an advantage for long.

At any rate, it’s a very interesting pay model that’s worth checking out, and of course the game built around it is excellent too. For free, you really need to check out Combat Monsters if you’re into strategy games in any way, and for those reasons we’ve picked it as our Game of the Week this week.