Way back in March of this year, developer One Man Left announced Tilt to Live 2: Redonkulous, a long-awaited sequel to their stupidly awesome arcade game Tilt to Live ($2.99). If you dig through the archive of Tilt to Live 2 news on the One Man Left blog, you’ll find all sorts of cool glimpses into the development process of the sequel, culminating in a post this past Friday which shows off the very first actual screenshot for the game. And, here it is! 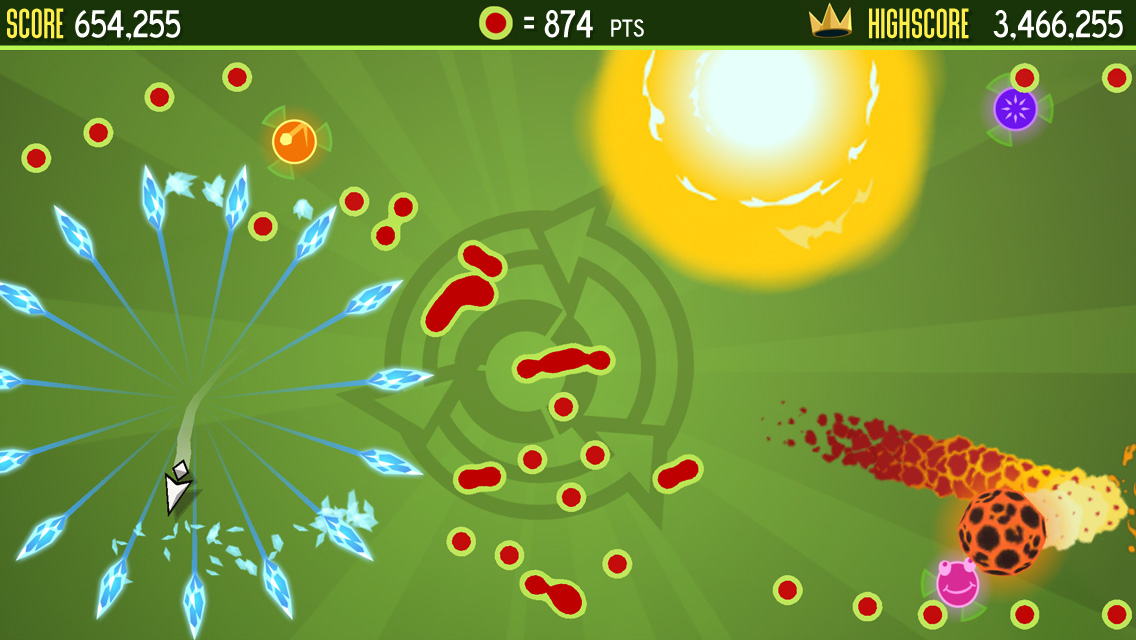 As explained in the post, Tilt to Live 2 uses a new dot renderer which makes the dastardly red circles “blend and squish together like liquid." Awesome. The sequel will boast other new features too, like a new combo system for scoring, epic boss fights, and–as explained in their post from earlier in the month–a new item called the “Brilliant Disguise" which lets your little arrow hero impersonate one of the enemy red dots so you can continue your murderous rampage of them without drawing attention. It all sounds way too cool, and the developers are hopeful that Tilt to Live 2 will be submitted to Apple by the end of the month and should hopefully launch before the end of the year.