I haven’t been captivated by a game like I have with Monster Adventures ($0.99) in quite some time. In essence, Monster Adventures is all about creating a monster tailored to your own specifications using a wide variety of different monster “essences" which act like gear for your creature. Then you’ll take your created monster out into battle in randomly generated, endless dungeons to see just how far you can get, acquiring experience and loot along the way. You use that gained loot and experience to further level up your monster and tweak its attributes, then go out for another dungeon dive or take on opponents in a Coliseum. 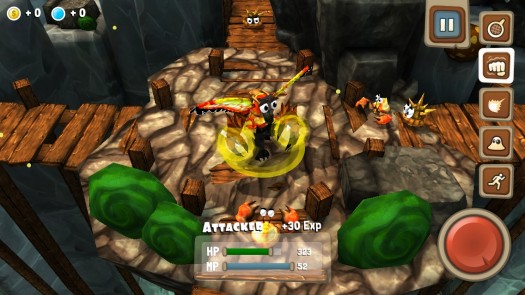 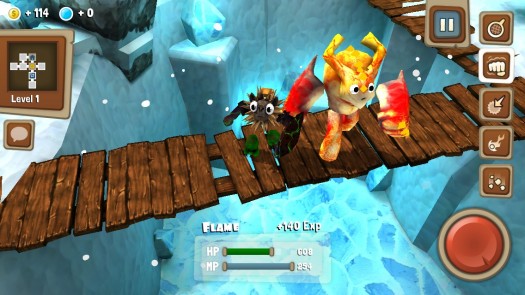 While there is some light story elements to follow and you actually can “beat" the game, Monster Adventures is all about creating and customizing different monsters and testing their mettle in competition. It’s basically a min/maxers dream come true. However, as we talk about at length on this week’s episode of our podcast, Monster Adventures doesn’t do a great job at explaining itself early on, leaving some newbies kind of lost, and it definitely takes a short time of doing more mundane stuff like grinding on low-level enemies in order to earn enough cash to purchase some monster essences to finally get your monster going.

Once that happens though, look out. Before too long you’ll be earning enough coins to buy whatever essences are on offer from the shopkeep in the town hub, and you’ll be venturing further and further into the dungeons and getting plenty of essences just from beating up on monsters out in the field. Getting a decent number of essences in your inventory allows you to really tweak out your monster and play with different builds, and that’s when Monster Adventures really opens up. There’s also a really interesting monster capturing mechanic which gives you specific goals to shoot for by capturing certain required monsters in order to open up even more unique abilities for your own monster. There’s a really nice balance between the capturing and the combat that always keeps Monster Adventures feeling fresh.

Like I said, though, it takes a bit of persistence in the early goings of Monster Adventures before everything starts to really click. If this seems like your type of game but you’re feeling kind of lost or underwhelmed with the gameplay in the beginning, definitely give it at least an hour or so until you start earning some essences and playing around with different monster builds before fully making up your mind. Our forums are a great place to get advice if you have questions about the game or you’re just searching out some competition for the online PvP or looking for a partner to dive into the dungeons with in the online co-op. Also, developer Foursaken Media is and always has been very active on our forums and love hearing feedback or offering assistance whenever possible.

I honestly can’t see myself getting tired of creating new monster builds, diving as deep as I can into the various randomly laid-out dungeons, or testing my skills against opponents online in the Coliseum. For these reasons and more, Monster Adventures is our Game of the Week, and I definitely recommend checking it out.