The real-world version of Small World is one of the pioneers of the iPad board game porting world. Released just days after the launch of iPad 1, it was influential in showing what the iPad meant for the future of board gaming. Relatively old-fashioned by today’s standards, it limited the game to two players and kept it a strictly offline experience. Enter Small World 2($4.99), a major update to this “classic” game bringing it up to date and making it a contender. So, if you passed it by before, is the new update and new price worth your while? Let’s find out.

If you are new to Small World, let me tell you how it works. While hardcore board gamers may scoff, Risk is a good point of reference for this game. The main goal is similar: you have an army and you attempt to conquer as many territories on an imaginary continent as possible. However, this is a small world, and competition comes quickly. Unlike risk there is you don’t receive new armies each turn, and conquering is not (generally) done with dice. To conquer a region you need two armies (called race tokens in this game) plus one for each defender, which could include another player’s army, a mountain, or some sort of fortification. 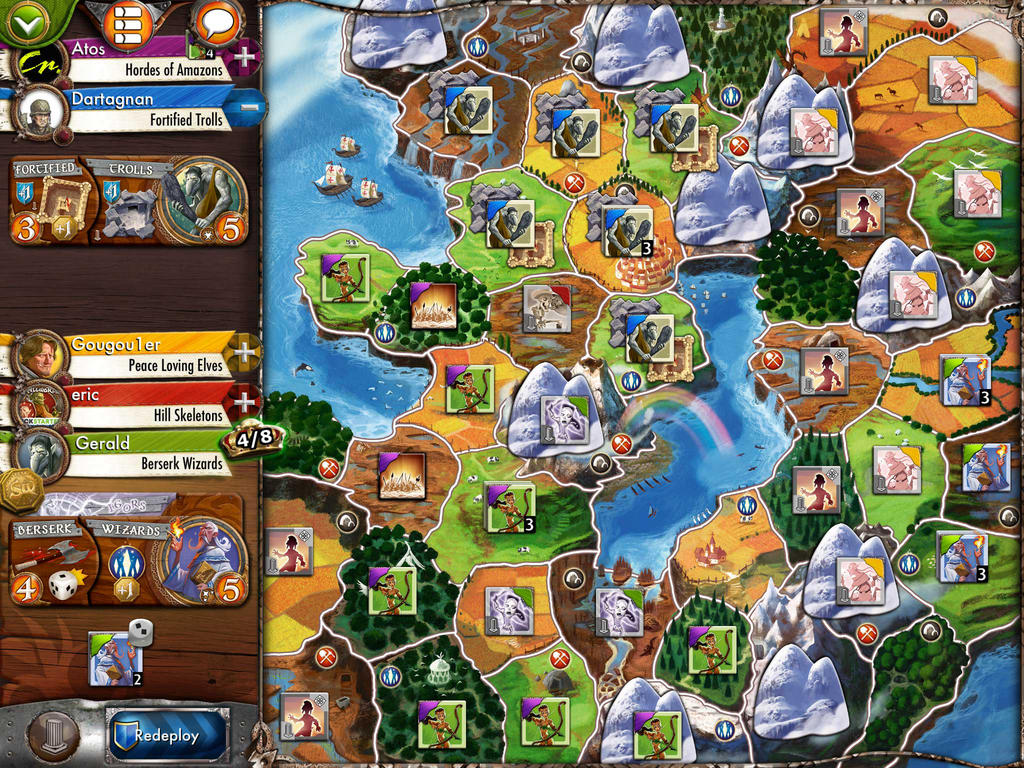 Your armies are called race tokens because of another wrinkle: you don’t lead some faceless military force, instead you have a fantasy race along with a randomly paired attribute. You could be Mountain Giants or Flying Halflings or one of many, many, more possible pairings. You use this race to conquer the land of Small World, but, because you don’t receive new armies each round, your force will quickly run out of steam. You can then put them in decline (they stay on the board in a weakened state) and grab a new race. At the end of each turn you gain gold (ie victory points) for each space you conquer. This pattern continues for several turns (depending on the player count) and the winner is the player with the highest score.

Sound complicated? Well, it’s actually a lot clearer on paper, and the game features an excellent tutorial for new players. Small World is a welcoming game with charming art and UI design that pulls you in from the first moment. If you have played Ticket to Ride, you know Days of Wonder can do UI, and that is seen here. Everything is clear and information is right at your fingertips. The art design has also been stepped up with everything from wizards with birds in their beards to certain throne pop culture references.  If you have always wondered what the world of modern board gaming is about, this is a good place to start, plus you can even watch Wil Wheaton play it. 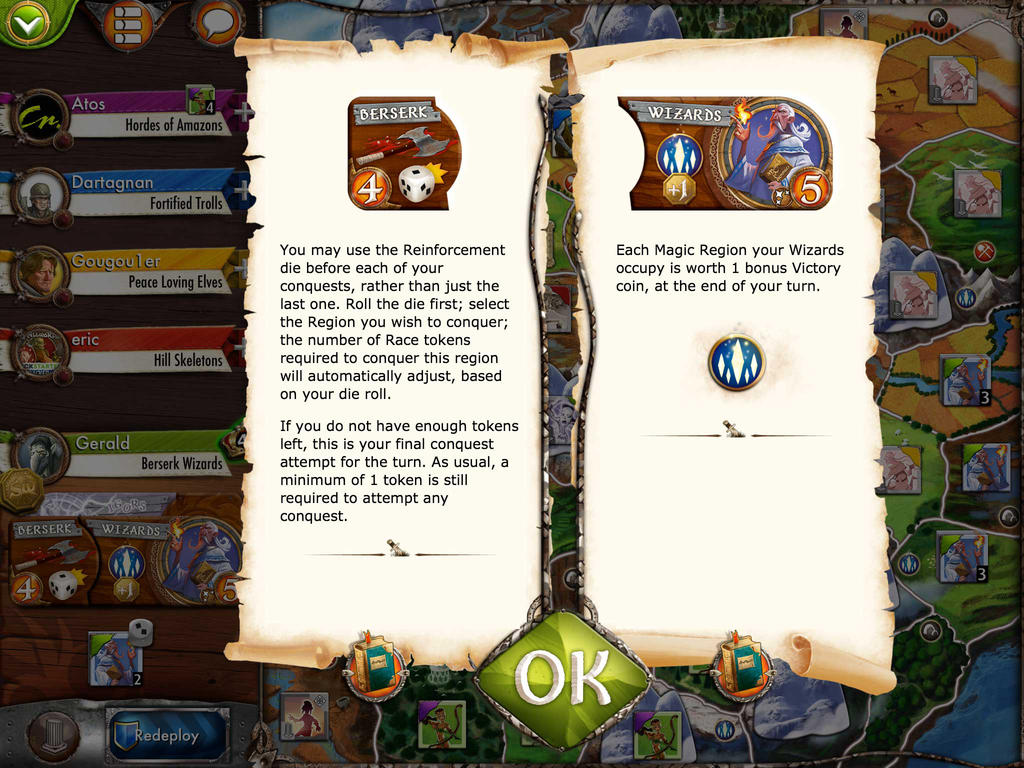 Aside from a vibrant, inviting graphics, Small World 2 expands the old-game in several ways. First, you can now play with the full compliment of five players. This is key as the crowded feeling of the board is one of the highlights of the game. This update also takes the competition online, which is excellent considering the turn-based gameplay makes it great for async play. Admittedly, there have been a few server issues and hiccups, but likely these will be sorted out in due time. Apart of head to head combat, you can also compare scores with other online competitors and climb global leader boards. The system does not solely use Game Center, most likely to allow better communication with forthcoming Android version.

One of the keys to fun in Small World is the wide variety of races and special powers. The initial purchase features several possibilities, and additionally there are expansion packs that add even more. You can buy these yourself for a few bones, or play with a friend who has them for free. In my experience the game has been enjoyable without them, but they are there for those seeking more options.

The original Small World was a great example of what could be done with board game on iOS, and this update has given it a needed rebirth. It is now able to stand against iOS strategy greats like Ascension, Agricola, and Eclipse without shame. Small World 2 is worth a second look for mobile strategy aficionados.