As we mentioned in our review, Pocket Trains (Free) really doesn’t have a problem with excessive freemium elements. Sure, the game’s premium ‘Bux’ are more important than ever, but the game is also balanced so players can earn them more through normal courses of play. With that said, we’ve got a few tips you can follow to make sure you’ll earn enough coins and Bux without having to worry about needing to resort to IAP.

Making the Most Of Your Bux

As the game’s premium currency, Bux allow players to open crates (which bestow train parts for crafting new trains and upgrades), speed up a train’s route, expand a city’s stockyard earn extra coins via the Bank. Thus, it’s a pretty hot commodity that plays an integral part in expanding your rail empire. The following tips help you maximize the earning of Bux while keeping you from squandering them once they’ve been earned. 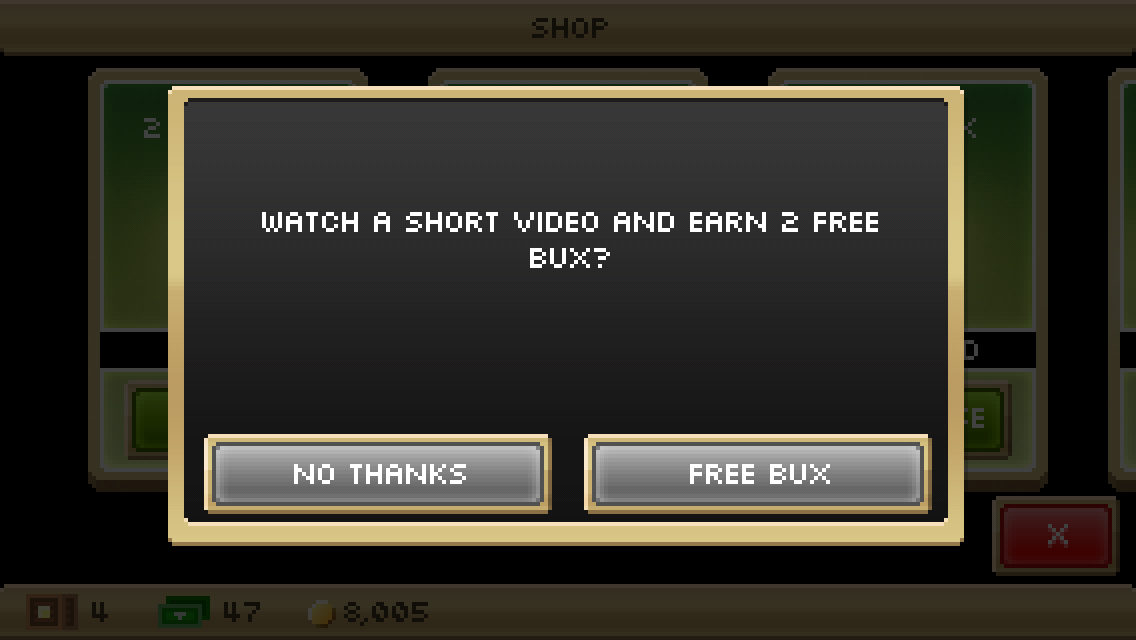 Considering our previous statements about the importance of Bux while playing Pocket Trains, it should be obvious that players should prioritize picking up and delivering items that award Bux for their delivery. This goes beyond simply picking up the ones on your route; if the Bux cargo is on a different line, pick it up anyways if only to unload it on the stockyard of a line that can get it to its destination (or heck, even any other station just to save it). Even if you prefer not to transport cargo between lines (which is something I recommend against later), you should at least make the effort for the Bux.

Don’t Shrug Off the Daily Events

While Pocket Trains doesn’t award the same sort of ‘oomph’ in rewards compared to the social-oriented Pocket Planes flight crew events, they are still a great opportunity to earn some Bux. For this reason alone, I’d recommend paying attention to the daily events and participating in them, even if they cause you to deviate from your preferred playstyle. The fact that you can also earn special crates, which unlock rarer train parts is just icing on the cake.

Fight Off the Urge To Use the Bank

Pocket Trains‘ bank allows you to quickly exchange Bux for coins at an exchange rate that changes daily. While it’s a quick way to earn some coin, I’d recommend against using the bank during your normal course of play. First, Bux should be saved and used primarily for opening crates, as there’s no other way to opening them up without bux. Other than crates, I’d argue that Bux should then be used towards situationally upgrade stations and refueling trains, as (again) Bux are the only currency that allows you to do that. Exchanging them for coins, which can be earned simply by ferrying normal cargo would be the last thing on my list. If you insist on ignoring this advice, at least pay attention to the exchange rate and make sure that you’re getting a decent exchange rate for wasting your Bux.

Take Full Advantage of the Stockyard

Outside of using Bux to open crates, I’d say that expanding a depot’s yard is probably the best way to spend them. Expanding the stockyard allows you to park cargo there, which is the only way to transfer cargo between train lines. If you have a major city with multiple train lines connected to it, I’d highly suggest making sure the stockyard is big enough to handle all the transfers. As you’ll see in the next section, transfers are probably the best way to earn lots of Bux and Coins. 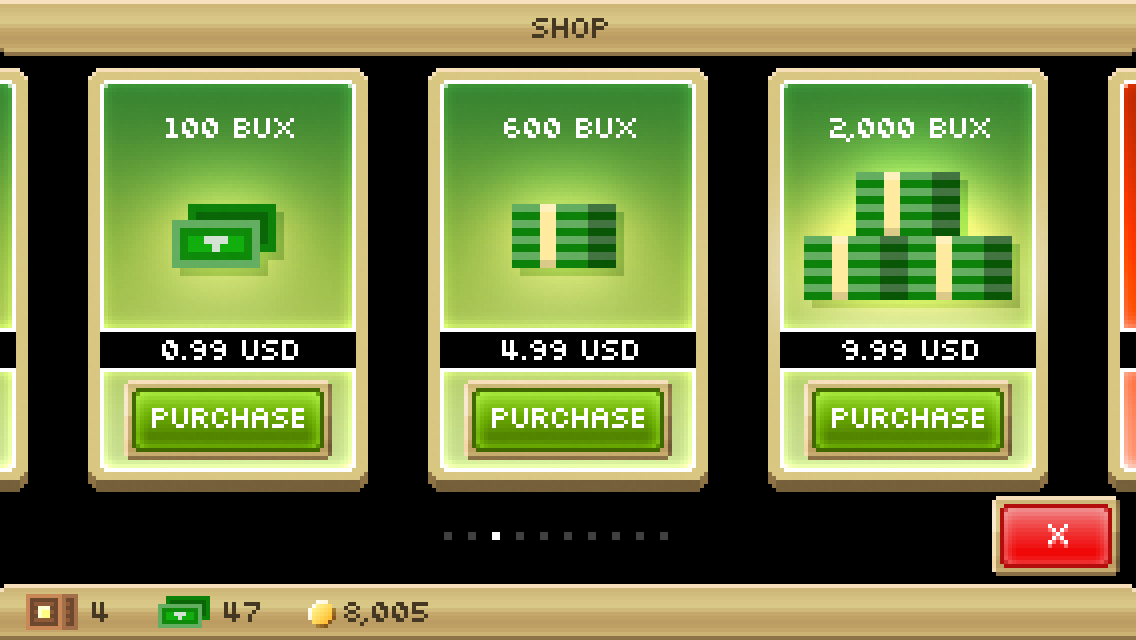 Only Refuel Your Trains If You’re Actually Going To Play

While I’m not the biggest fan of using Bux to instantly refuel trains, it is useful to cut down on the real-world wait time. If you are going to spend Bux on refueling, please make sure you’re going to actually continue playing at that moment. Sure it’s common-sense, but if you refuel a few trains to make more runs, and then you stop playing to do something else for half an hour, you’ve basically wasted those Bux as those trains will have refueled by the time you get back.

Coins, meanwhile are earned on the vast majority of cargo shipments and are used to repair trains, open new routes, assign routes to lines, and create new train lines. While nearly job awards coins, there are still ways to maximize  both the earning and spending of coins. We outline some of the biggest tips below:

Routes can only be owned and used by one train line, and each line can only have one train attached to it. Thus, the longer a single train line is, the more distance a single train has to cover. At the onset of a new game, most trains you can build can really only efficiently cover four or five separate cities (along with their respective routes) before you quickly run out of fuel, forcing them out of commission until they refuel. Thus, I’d recommend sticking to that five city rule at the onset, and only expanding routes beyond that once you’ve been able to earn the better trains with faster speeds and higher fuel capacities.

This may be more of a personal preference, but I’d recommend spending your coins on unlocking all the routes to an already existing city before buying a new route to a city you haven’t linked to yet. There are two main reasons for doing this: First, having all the routes to a city unlocked means you can connect multiple train lines to it. If you’ve been planning your routes correctly, this means you’ll have another hub to store cargo in, which will make transferring easier (see the last tip below). Secondly, unlocking a new city means jobs will randomly start accruing in every other city for that new station. If you haven’t successfully planed out the routes for that new city, you’ll be in a position where some of your stations will ask you to transport cargo there and it may be too burdensome or even impossible to get it there. This means you might lose out on a job you actually can take on because you were overzealous in unlocking a new city. So, make sure the infrastructure is there before expanding.

This might be another common sense technique, but make sure your train’s cargo is always full. Even if the jobs aren’t high value, it’s better than getting to your destination with extra space that could have earned a little extra coin. If there aren’t enough jobs for your train line, then pick up things that can be stored at hubs along the way for your other train lines. If you have enough time, a secondary technique would be to move from city to city on your line, only picking up the best jobs before moving forward. It takes more time (because you have to open the app at every stop), but there’s a better chance of picking up Bux and crate jobs.

This is the last tip and what I believe is the crux of Pocket Trains. As we noted above, having one train do everything just won’t work. In addition, while pay on a job is measured by the quality of what you’re transporting, it’s also measured by distance from the originating city. Thus, the best way to maximize profits is to take jobs that have you going the furthest distance away. The best way to accomplish this is to make sure that you’ve created an efficient infrastructure for transferring cargo to its intended destination. This not only means making sure each line is connected to a hub that has other lines connected to it, but also making sure that all lines have some access to all other train lines. If you do this, then you’ll be able to take any job regardless of distance, opening up the highest paying cargo for both coins, Bux, and crates.

There are a lot of different ways to approach Pocket Trains, and not everything above will work for everyone’s play style. Still, following the above tips should help make sure that you get the most bang for your earned Bux.