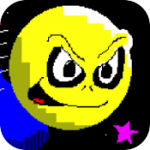 You’ve got your iPhone 5S and you’re all giddy for the awesome visuals and gameplay in Infinity Blade III. Life is grand. But you know what? Those 8-bit style games that budding developers spark on Unity are still good too. When I first spotted I Am Level ($1.99) on the App Store, I mildly shrugged my shoulders. I’m always up to venture back to my NES roots, but the game didn’t seem like it had much to offer. Thankfully, this oddly amusing and deceptively challenging puzzle platformer pleasantly surprised me.

Before I say anything, let me give you the warning: this game uses tilt controls. Whoa. Whoa. Just calm down for a minute and don’t go kicking and screaming yet. The tilt controls don’t involve aiming a targeting reticle or steering a car. Nope. It’s not precision-based chaos. You simply tilt your iPhone left and right to tell your round, yellow smiley face which way to roll.

When you first start up this game, it appears to be very simple. You’ve got a yellow smiley face that you tilt from left-to-right collecting stars. Collect all the stars and you clear the stage, most of which have private jokes for names. For instance, you’ll find boards like Hump Day, Pinball Invaders and everyone’s favorite Beer Run. About three stages in, things start to get interesting. Little floaty monsters appear to make you burst into pixels when you touch them. There are also pesky 8-bit moats, which you know may as well be acid rivers. 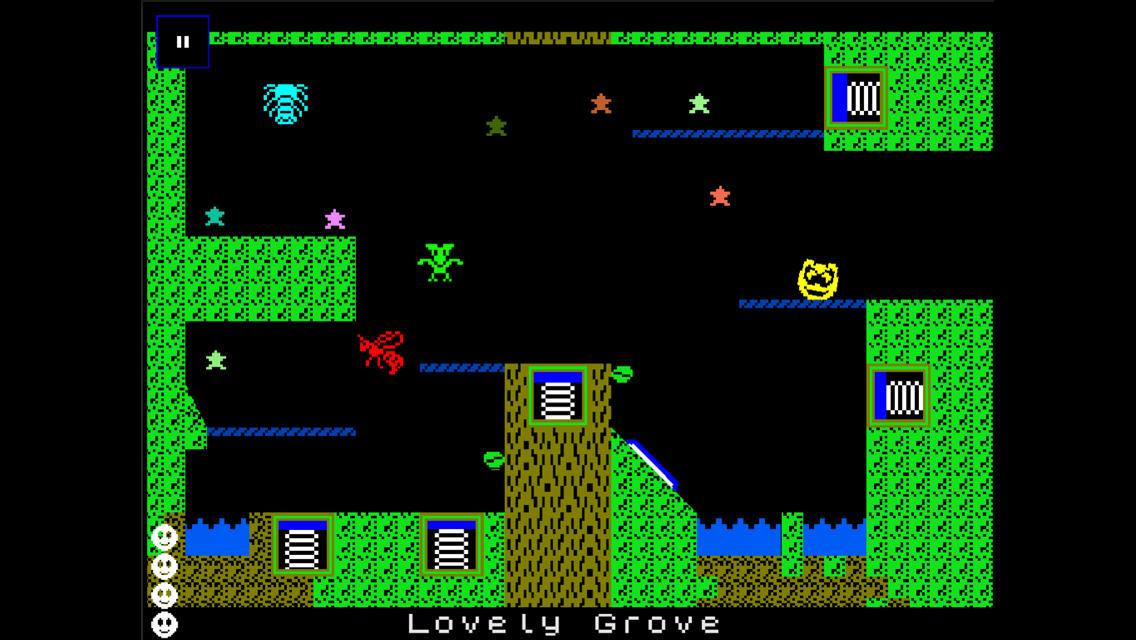 For some reason, knocking the smiley face all over the board somehow felt like retribution for all those times I got killed by Evil Otto as a kid. I can never forget seeing that bouncing smiley face in Berserk, back in the days when Atari was slowly getting boxed-out by the NES. The upbeat soundtrack was another throwback to yesteryear and always got me excited to play when I turned it on.

New stages are unlocked as you gain experience, or rather collect stars. Colored question mark boxes will open up allowing you to roll to different areas. Although the levels are relatively simple in design, no two really look alike. You always feel like you’re exploring some place new or going up against a new challenge. The game is very much like a pinball game at times, where bumpers and kicking targets are introduced. If you’re into skinning your smiley face, new skins are also unlocked, like Nintenball and Tartan Kilt. Oddly enough, the original yellow skin is called “Angry,” but I can assure you it looks like a smiley face – except on the opening splash screen.

I Am Level is one puzzle platformer that I had to force myself to put down. The beauty is in its visual simplicity and complexity. You never feel frustrated while playing, unlike those straight-up puzzle games. Players always know what they have to do, but it’s getting the timing and acceleration down right that creates the challenge. Oftentimes, you’ll roll right through the stage, missing stars. Eventually, you’ll have to figure out how to make it back through the maze of stages to finish every level. This game is playful enough to make you want to do just that.

Check out what everyone’s saying about I Am Level on our forums.