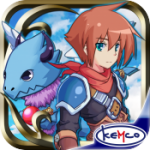 Right out of the gates, RPG Bonds of the Skies ($7.99) lost points with me. With the name, logo design and brown-haired, blue-clad hero with a red scarf, I was hoping, nay, praying this was going to be a Kemco take on the awesome Dreamcast RPG, Skies of Arcadia. You know, airships, sky pirates, a world in the sky, that type of thing. Unfortunately, it hews pretty close to the world design in most of Kemco’s other RPGs: a bog-standard medieval fantasy world. Disappointing way to kick things off, but I can’t be the only one who thought that, so I figured I’d clear it up immediately.

Like many of Kemco’s recent releases, Bonds of the Skies was developed by Hit-Point, of Fantasy Chronicle ($4.99), Dark Gate ($4.99), and Machine Knight (Free) fame. This is actually not their most recent game (that would be Cross Hearts Arcadia ($3.99)), but it is their most recent release on the App Store. That’s notable because Hit-Point really focuses on iteration rather than diversification, with each of their games being generally more refined and complex than the last. It’s not usually a big deal, but Cross Hearts Arcadia was when Hit-Point finally embraced Universal. Bonds of the Skies is one step back, so, unfortunately, iPad users get to deal with some ugly stretch. 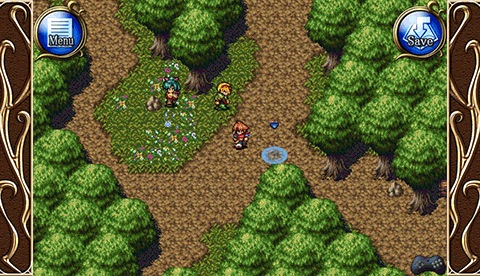 Bond of the Skies follows the story of a young orphan (they’re always orphans) of mysterious origins (always mysterious) named Eil. One day, as he is coming of age, his village is attacked (the village is always attacked), apparently the work of a powerful god of fire named Rednaught. Eil is chosen by the adorable Grimoa of the Sky, Lord Nogard, to partner up, seek out his fellow Grimoas and their partners, and confront Rednaught. Along the way he’ll meet a couple of companions, fix a lot of small problems and a few big ones, and unravel the mystery of what Rednaught’s up to.

I’m not exactly a sophisticate when it comes to RPG stories. I find all too often that attempts to go too complex end up tripping all over themselves, and although I do appreciate the ones that pull it off, I’m more than fine with a meat-and-potatoes tale. With that said, Bonds of the Skies is just altogether too familiar. Kemco’s RPGs are never going to be the talk of the water cooler, story-wise, but sometimes we get an interesting swerve or setup, or an interesting character or two, but there’s none of that here. The game’s only big swerve is obviously telegraphed a bit too early, and in every other respect, this game sticks to the tried-and-true JRPG format. 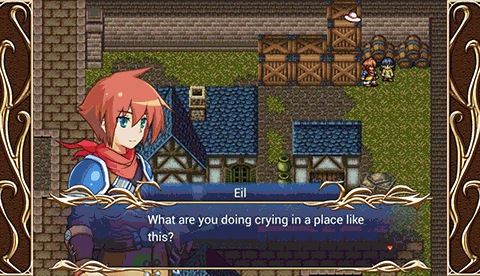 A story like this needs a really good localization to shine at all, but of course, Kemco has once again dropped the ball here. Oh, it’s serviceable enough, and well beyond the kind of work they were turning in with their earlier efforts, but the text is very dry and there are still some very blatant instances of blind translation, such as a quest that asks you to hunt ‘Cobalts’ which you fulfill by killing ‘Kobolds’. After playing through Unlucky Hero (Free) and enjoying its top-shelf localization, it’s a bit hard to go back to this level of effort. The generic stories Kemco favors would benefit so much from having their dialogue punched up a bit.

As you’re probably not going to be playing this for the story, then, let’s look at the gameplay. If you’ve played Hit-Point’s prior games, things are pretty similar here. You’ll wander on a world map from town to town, each one leading into a dungeon. At the end of each dungeon is a boss that you’ll have to take down, and then it’s back to town to get pointed in the direction of the next place. Along the way, in every location except towns, you will be barraged with random encounters with enemies. The encounter rate is a little too high, in my opinion, so you’ll likely end up overleveled pretty quickly, and unlike many other RPGs, there is no item or spell in Bonds of the Skies to give you shelter from the random attacks. This gets pretty irritating in certain points where you have to backtrack into old dungeons with the same weak enemies jumping you constantly.

The battle system has one new wrinkle from the last time we saw it, at least. As with all of their games, you face up to three enemies at a time in a head-on view that doesn’t show your party. In this game, you actually have to mind your position relative to the enemy. So, if Eil is the lead member of your party, he hits the left square the hardest and does far less damage to the right square. The enemies will move around trying to find optimal positions, and ostensibly, you should be doing this as well, but it’s never really necessary. Each character has their own set of special skills they can use at the cost of SP, and each Grimoa grants a particular set of special techniques as well. As you battle, a synchronization meter will fill up for each character, and when it’s full, you can fuse with your Grimoa to gain access to some extremely powerful skills for a few turns. 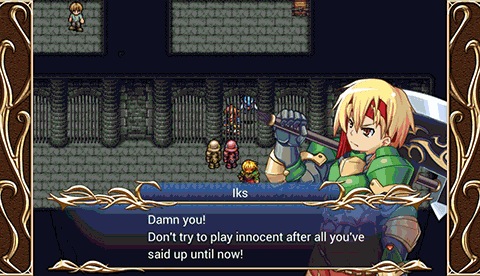 Each character can only equip a set amount of skills, with six to start, but more as the game goes on. As your characters and Grimoas level up, they’ll learn a huge number of skills, including attacks, buffs, debuffs, and passive stat boosters. With all of these skills to choose from, and the ability to swap Grimoas between characters as you see fit, there’s quite a bit of character customization in Bonds of the Skies. All the more unfortunate, then, that it’s largely unimportant. Aside from bosses, almost every enemy can be easily handled with your basic attack, and even the bosses are pretty easy if you just use your strongest attacks until you can synch and nuke them to death.

Hit-Point’s games have been getting less challenging with each new release. It’s too bad, because I think a lot of what people enjoyed about Fantasy Chronicle and Dark Gate was how difficult they were. There must have been some kind of feedback about it, though, because they’ve definitely been easing up, and Bonds of the Skies is worse for it. As I said earlier, you end up over-leveled pretty fast since there are a ton of random encounters, but even the level-appropriate monsters are of little challenge. Their damage never really outpaces your generous HP and healing capabilities, and every dungeon has at least two places where you can freely fill up your HP and SP, so you won’t even face the threat of attrition. They are nevertheless incredibly numerous, and beyond simply annoying you with having to swat them every few steps, they have another irritating habit. 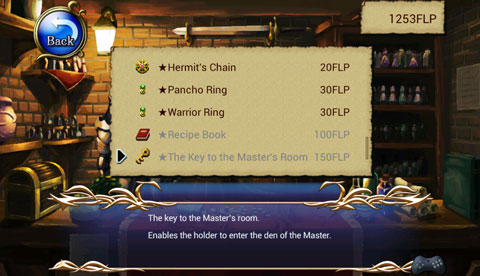 See, the enemies in this game love to spam debuffs and status ailments. Almost every enemy is able to inflict you with one or another, with the two most prevalent being the poison and ‘pancho’ statuses. These ailments persist outside of battle, and until very late in the game, you do not have a skill to remove them, so you’ll have to use an item. The poison status depletes the character’s HP every few steps or after every battle turn, and the pancho status turns you into a creature with low attack and defense, albeit with a powerful punch skill to make up for it. You’ll definitely want to remove the former, and until you get a few key items, the latter is pretty risky as well. In some of the longer dungeons, I found myself going through about fifty of the poison cure item, a process which requires you to dig into the menus every time. Encounters were already pushing it with their frequency in this game. This odd design choice makes them out-and-out a pain in the neck, and not in the fun way.

Dungeons are at least pretty well-done. They’re fairly long, full of treasure and materials for crafting, and the return of the quest system from prior games gives you a few extra things to do in each of them. There are quite a few branching paths and they never really require you to backtrack, thankfully allowing you to exit at any time with the push of a button on the menu screen. There isn’t a lot of visual variety to them, with only about three or four tilesets reused in different colors, but the reuse at least makes sense within the world for the most part. There’s a great deal of graphical overlap here with prior Hit-Point games, which I suppose is fine, because how many different ways are you going to draw a chest? Some of the sparse music in the game is unfortunately also reused from previous games, and that’s a little less understandable.

The last thing I need to touch on is the IAP in the game. As usual for Kemco’s recent games, there is a special currency in the game that can be used to buy cheater items as well as access an extra dungeon. You can buy this currency with real money, of course, but the game will give you a little bit each day via a mini-game accessed on the title screen. Just choose a chest, and you’ll get a handful of points. The dungeon, which is likely of most interest to players, costs 150 of these points, so unless you’re incredibly dedicated or lucky, you’ll have to shell out real cash for it, to the tune of a couple of dollars. As usual, in the interests of science, I checked out the dungeon, and once again, I am happy to report that it’s not worth it. If you hit a jackpot on the daily game, go for it, but otherwise, spend your meager points on cheat items if you want to make an easy game even easier.

Bonds of the Skies isn’t a bad game by any means, but it’s strikingly average in almost every way. It does nothing to shed the cliches of the genre, which is okay, but it also doesn’t really tackle those tropes with much finesse. The low challenge, high encounter rate, and utter predictability of it all brings me to the opinion that this is a step back from even Machine Knight for this developer. If you’re really into the genre and are looking for something solid, if not spectacular, this one is probably worth it if you grab it on sale. Otherwise, even within Kemco’s own catalogue, there are far better choices to be made.