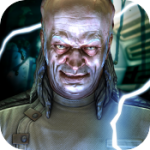 Zombies. What can you say about them? Sure, they’ve been around for a long time, and I am a huge zombie fan (and horror in general). It pains me to say that, despite the history of zombies, in the current state of things, they are way overdone. Everyone and everything has used zombies to some extent. Even in a crappy zombie love story movie.

Dead Effect (Free) doesn’t do much to change the genre, attempt to introduce anything, and zombies are used in the game the way they’ve been used in countless others. However, despite the recycled story and familiar enemies, there is a fun game to be had here.

In the not too distant future of 2045, you awake from stasis. Clearly you’re on a spaceship of some sort, being 2045 and all. As either Jane Frey or Gunner Davis, you groggily start to see things, and hear the ship AI talking. You need to find a medical station, stat! And thus begins your journey aboard the spaceship Meridian. 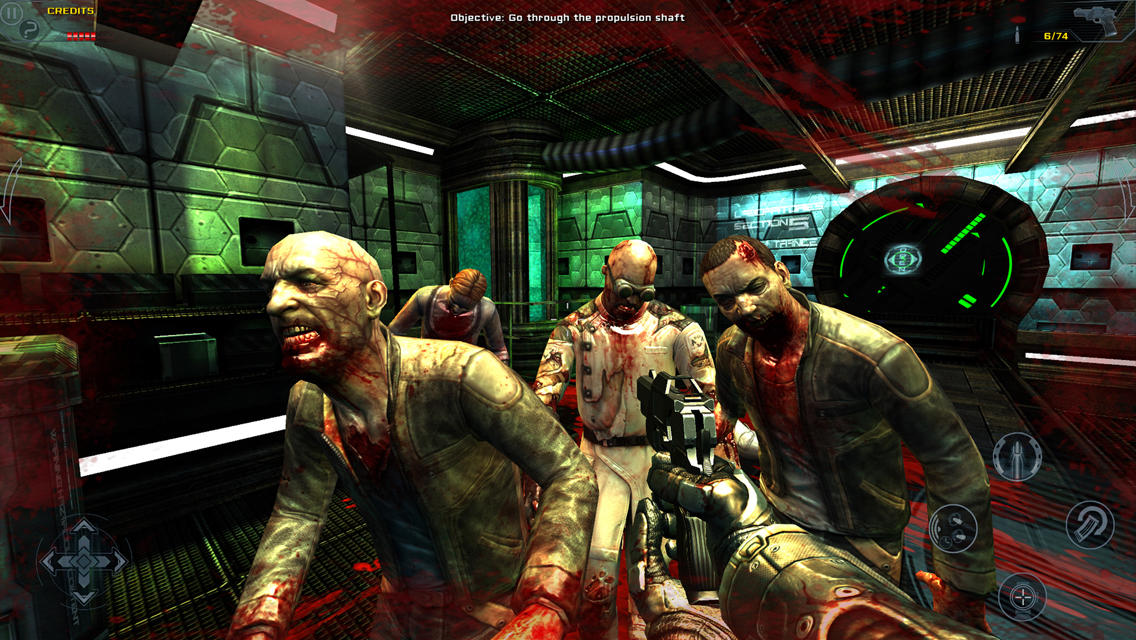 Throughout the first couple of missions, you’ll be gradually introduced to the various mechanics of the game and the HUD. At first, I found the default position of the fire and reload buttons to be in the way of movement, but that could be because of my big hand. You can rearrange he HUD however you see fit via the options menu, and the game controls fine overall. You can even choose where to place the action button for activating elevators, which is nice.

Dead Effect is fully voiced, which is both a good and bad thing. It’s good in that it creates a more immersive environment, which is already a bloody, dark and foreboding atmosphere, but bad in that the acting is not very good. Both of the player characters sound strained, the ship AI sounds cheesy, and Wagner, who’s helping you throughout the game, sounds like a very bad Schwarzenegger. Many times I envisioned him telling me to get to da choppah and that he’s okay, it’s not a tumor. 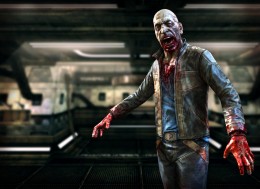 And the characters talk to themselves every now and then. It’s a pet peeve of mine when your character says aloud “I may get some information in the communication hub" which then triggers an objective to go there. If I were in that position, I’d probably be thinking to go there anyway; why am I going to stop still in the middle of an outbreak to announce to no one in particular where I’m going to go?

Graphically, the game is top notch. All the various locations you visit pretty much look the same, but I guess that’s expected from an industrial spaceship. The zombies are nicely detailed, and the atmospheric effects are great, including the satisfying blood spray that results from popping off their heads with a shotgun blast. Killing a zombie up close nets blood covering your view for a while.

Throughout the game you’ll be given various tasks, such as turning on a ventilation system or collecting passcodes for doors. In doing so, you’ll also be battling various enemies. Zombies run the gamut from slow moving ones to those who crawl along the floor, to soldier zombies that absorb multiple rounds before collapsing. You’ll even come across zombies that hold their beer belly while spitting blood at you.

And, of course, boss zombies, which have an onscreen health bar. While most of the boss fights boil down to moving, avoiding, shooting and moving some more, some have cinematic moments if you get caught; for example, if you fall into the grasp of one boss, you’ll have to swipe in specific directions until you wrest yourself free from their grasp. In addition to your survival, there are secrets to be found in the form of orbs (which you shoot to collect) and tablets. 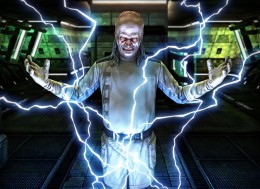 You’ll also gain access to a special ability with the oh so original name of Bullet Time, which, if you’re not familiar with the term, allows you to temporarily slow down time to help you deal with the zombies. Especially useful for those times you’re outnumbered and running low on ammo.

At the end of each mission, you’re given a scorecard that tells you how long the level took you, how many secret orbs and tablets you found, how many credits you picked up and more. You’ll also have the chance to spend those credits on new weapons, upgrading existing ones, and buying ammo. Whatever upgrades you purchase in story mode will transfer over to survival mode. There is quite a bit of variety in the weapons, too, from a handheld taser that requires you to be up close, to fast shooting magnums, powerful shotguns and fully automatic assault rifles. Decisions, decisions.

Dead Effect has a few shortcomings, only one of which is, I think, a major one. For starters, there is no run option. Throughout the entire game, you can only travel at one speed. Not a big deal, since the environments aren’t too big, but annoying when you’re backtracking and have no zombies to shoot through. There are some tense moments, and occasionally zombies will get a burst of speed, but I found that for the majority of the game, they are easy to outrun, outmaneuver and kill. Again, the tense moments are great, but the biggest threat comes from the number of zombies coming at you, and not necessarily the zombies themselves.

Sadly, there is no multiplayer to be found. I hope something like that comes eventually, perhaps even as an IAP; that’s one I’d definitely have no qualms about paying for. Lastly, there are no checkpoints. If you make it almost to the end of a level with one sliver of health left, run into an enemy and die, that’s it. It’s game over man, game over. And you restart at the beginning. Because none of the hidden items you pick up get retained upon death, dying really is a painful experience. On the plus side, there is Game Center integration here with many achievements to unlock, and zero IAP to speak of.

At its core, Dead Effect is yet another fun shooter featuring everyone’s favorite reanimated beings. You won’t find anything new, but it offers a decent challenge, and has some great replayability in survival mode and trying to earn all the achievements. If you’re a fan of violent, bloody, horror themed games, you’ll find a good distraction in this one.