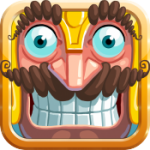 Sheep Happens (Free) is a tried and true endless runner. It’s pretty much everything you’d expect from the genre, but it more than makes up with a ton of character. Because while it doesn’t necessarily eschew the fundamental mechanics of “run and jump," it has enough to warrant more than a few gos.

The stage is set during the very first Greek Olympics, as Perseus is keen on winning it big. But he’s going to need a little help from Hermes, who gifts him winged shoes that force Perseus to constantly run and glide with reckless abandon. It’s a simple setup for sure, but it’s cute, and offers an actual reason for all the endless running.

You’re going to need that gliding ability too, as the obstacles are a bit more nuanced than simple jumping. You’ll have to constantly choose between short jumps, long leaps, gliding and falling as you make your way across the track, adding a decent strategic element to the mix. A few wrong moves and it’s over (one hit removes your gliding ability), but deciding between all of your choices makes for a ton of fun in the process. 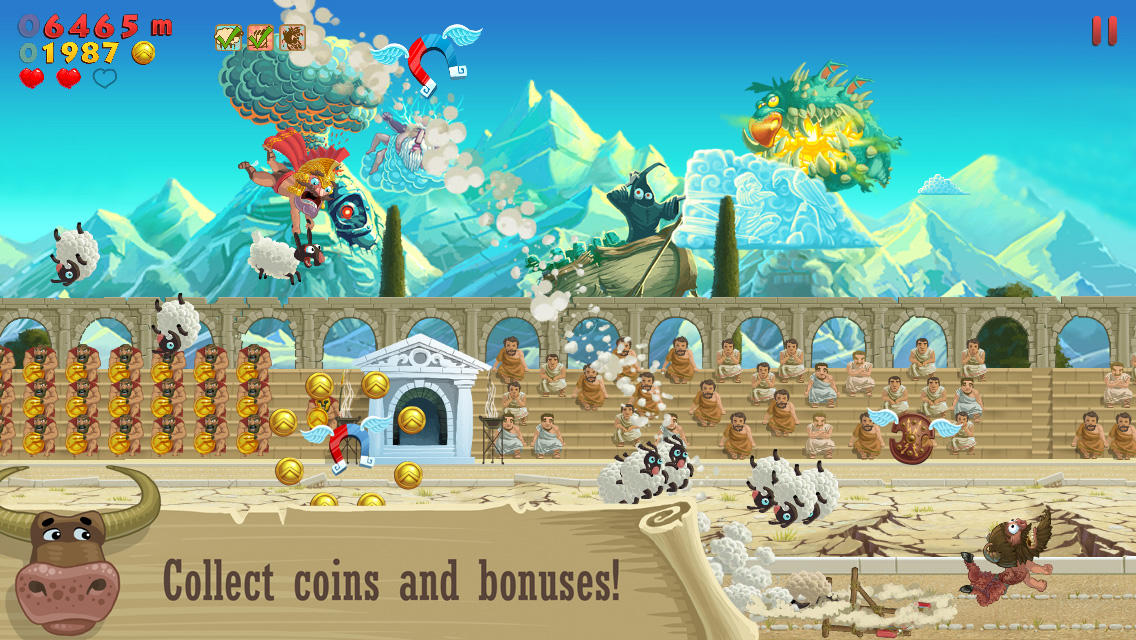 Like its namesake suggests, sheep are littered about the track like there’s no tomorrow. They’re the main source of comedy relief for the game, augmented by some particularly hilarious animations, character designs, and little Easter eggs (like giant trolls eating buckets of sheep in the background). You can toss the sheep around, ride them, blow them up, and slam them into enemy runners — it’s all part of the charm.

But to add to the variety even further, boss battles are a part of the mix (complete with a fun little mini-game), which help break down all of the running and make the whole thing feel less monotonous. But despite these mix-ups, gameplay can often get a tad tedious due to the rather unforgiving nature of some of the punishing early layouts. Because at the end of the day, the game doesn’t really transcend the genre in general, and won’t really do anything for non-fans.

While Sheep Happens does offer in-app-purchases for more currency, the good news is that they’re fairly optional, and the upgrades are permanent. Unlike other runner games that force you to constantly upgrade for temporary bonuses to drain your coffers, you’ll actually feel like you’re working towards something here. There could stand to be more of them, but the ones that are there are fun and noticeable upgrades.

For the low price of “free," and a respectable approach towards microtransactions, Sheep Happens is a solid download for any runner fan. While it may not push the genre forward in general, it offers up a ton of character, a lot of smiles, and a solid foundation.