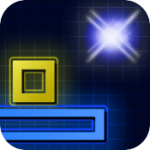 Often times, platformers can weight themselves down with unnecessary actions, button inputs, and mechanics that sound better on paper than they actually operate in practice. But often times, you’ll come across a game that accents the mobile platform perfectly, and doesn’t do more than it needs to.

Gleamer (Free), is a platformer based around one button — jump — and it actually works quite well due to some clever level design.

Gleamer features a distinctly Tron-like set of aesthetics, with a heavy emphasis on the yellow, blue, and red variety. It generally works very well, but the lack of thematic elements surrounding the wire-frames do feel grating after lengthy sessions.

The entire goal of Gleamer is to clear each stage by grabbing glittery stars with your cube, armed only with one simple function — tapping the screen to jump. Movement is done automatically, switching directions every time you hit a wall, and in turn, increasing your momentum with every collision. 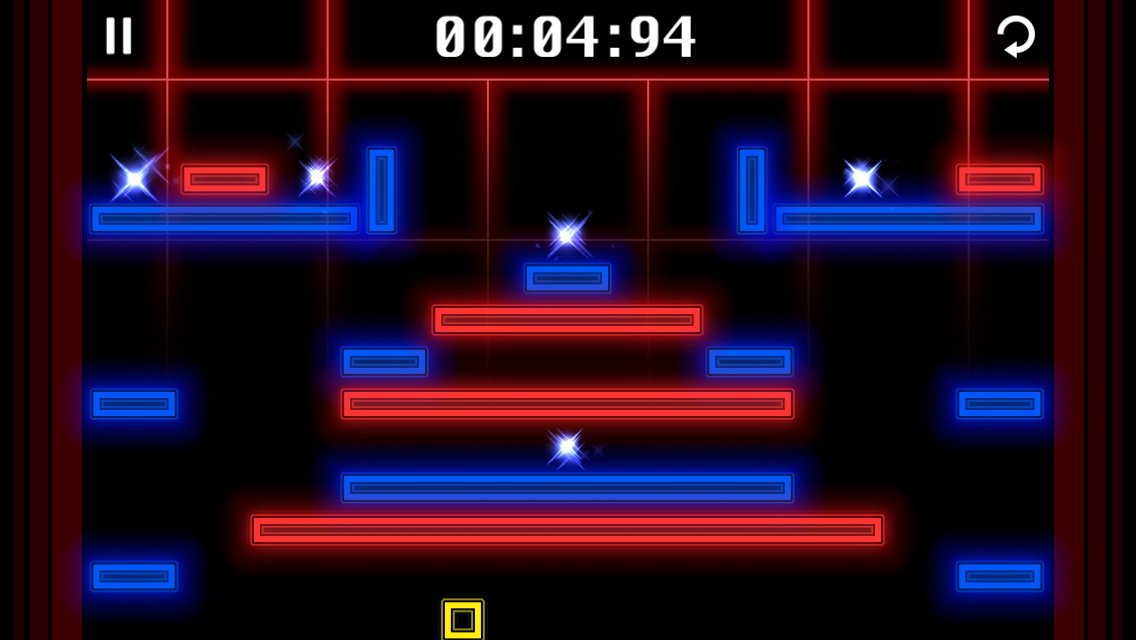 While the early stages don’t really make use of the speed mechanic, later levels will require you to gain a certain level of swiftness to clear gaps, and reach otherwise unreachable heights.

It sounds overly simplistic, but there’s a lot of depth here. You’ll not only have to devise a way to fit into certain gaps without overdoing it, but the order in which you collect your stars can matter, and influence your total clear time. The only real motivation you have to keep going is to clear each level’s “Master" time, but for the levels that really work, striving for said goal can get addicting.

Some of the game’s stages have a few major flaws however, in that they force you to keep running against walls to gain momentum to jump a gap — meaning, if you happen to die, you’ll have to restart from the same base speed over and over again. This could easily be circumvented with an optional control scheme or mode in which holding the left side of the screen increases your speed, and tapping the right side triggers jumps. Alas, I’ve stopped playing a few maps out of frustration, instead starting with another set of stages while I cooled off.

At the time of this writing, Gleamer has 50 levels to trounce through, taking place in five sets, with the harmless ability to purchase every level outright for an IAP of $0.99. This is a game that could easily use an update or two, but earning the Master rank in every level will take you hours on end. The fact that there are no extras involved (even different skins or themes) also severely hurts the game’s replay value.

Gleamer doesn’t aim too high, but as a result, it feels very grounded and straightforward, with a unique visual style to boot. You know exactly what you’re getting into here, and the precision platforming holds up despite a few design flaws.