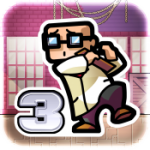 Drastically altering a successful franchise can often backfire in a major way — especially in the realm of established games with proven formulas. But a certain staleness and a sense of comfort can be just as damaging, with the finished product resulting in something that doesn’t take any substantial risks at all. League of Evil 3 ($2.99) plays it far too safe, but if you’re not a fan of change you’ll feel right at home.

Just like its predecessors, League of Evil 3 is an action platformer through and through. As usual, you’ll use some combination of jumping, double-jumping, air dashing, and wall climbing to  make your way to the end of each stage and reach your end goal — punching an evil scientist in the face so they explode. As an optional objective you can grab a hidden briefcase in each stage, but when you distill the game to its core, it’s all about making your way through a giant maze of traps to the finish line. 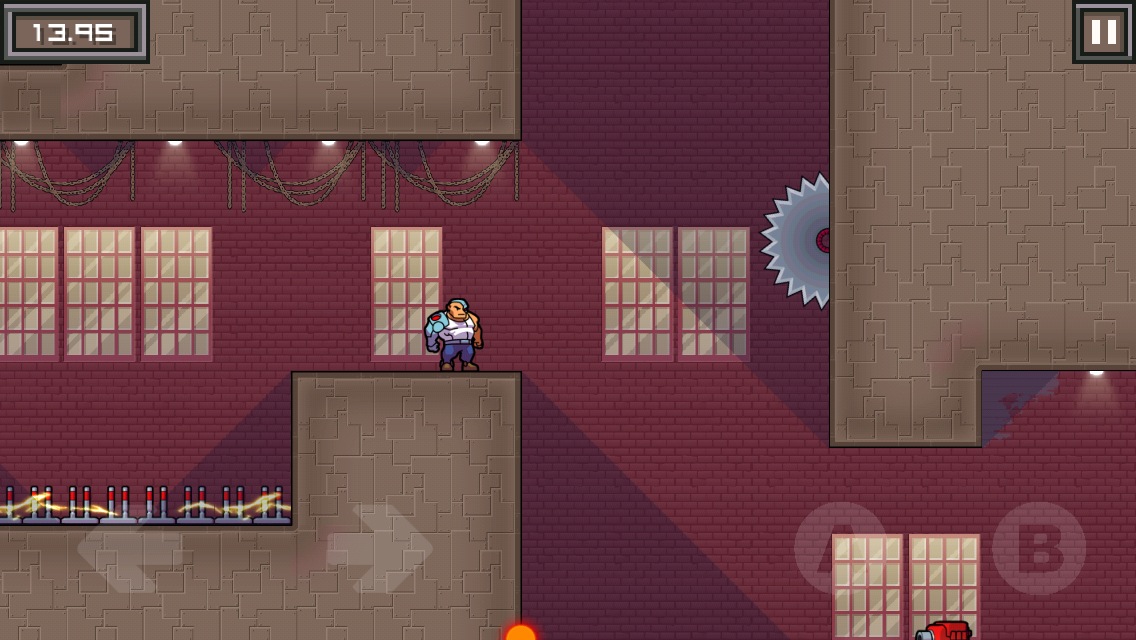 80 stages lie in wait to take your sanity in League of Evil 3, and they’re a bit more difficult this time around. As a seasoned fan of platformers both touch and non-touch oriented, I have to say that Ravenous Games really brings the challenge this time around — so much so that it easily tops the first two iterations by a mile. For instance, there are a ton of deviously placed sawblades at just the right parts to really screw you over — often times on the floor and ceiling right after leaping over a bed of spikes.

Of course outside of the new layouts, everything operates mechanically just like the first two games. In fact, League 3 even looks exactly the same as the second visually, and if you were to place the two apps side by side it would be almost impossible to tell them apart. You also aren’t really getting anything new this time around in terms of modes, or drastically different characters, as the developer is content with leaving you with costumes and replays (with sharing) as the only extras.

Despite the sameness that you’ll inevitably experience, I have to say I was loving the challenge every minute, and the level designs are so well done that I was influenced to keep going until I got it right (and don’t even get me started on the thrill of playing the five “Impossible" missions). An optional “auto-retry" feature helps ease the pain of the myriad of deaths you’ll no doubt go through death after death.

I can’t stress enough that League of Evil 3 easily could have been an in-app-purchase set of levels for League of Evil 2, and not a full release. But with the added challenge and the fact that the new stages are actually pretty good, League fans will find more of what they want yet again with the conclusion of this classic touch platformer trilogy.