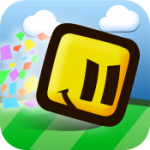 We’re no strangers to platformers on iOS, particularly those with an emphasis on retro-styled visuals  and approachable gameplay. The problem is, a lot of titles either falter on the look and feel, or they make a game without enough focus on gameplay, leading to an experience that feels rote.

Gavina Games‘ Brick Roll (Free) doesn’t have either problem and does a great job with its retro-inspired visuals while creating a game with a difficulty curve that’s tough but fair enough to keep you coming back.

From a gameplay standpoint, Brick Roll is deceptively simple. Players control an adorable brick dude as he happily rolls around an environment collecting yellow pellets. Collect enough pellets, and a door to the next level opens up at the beginning of the stage. You must then guide your brick back to the door to unlock the next stage. Your brick companion perpetually rolls and your only controls are changing direction (tap the right side of the screen) or jumping (tap the left side). Jumping essentially works as gravity reversal, as he’ll simply attach itself to the first thing he sees above him. 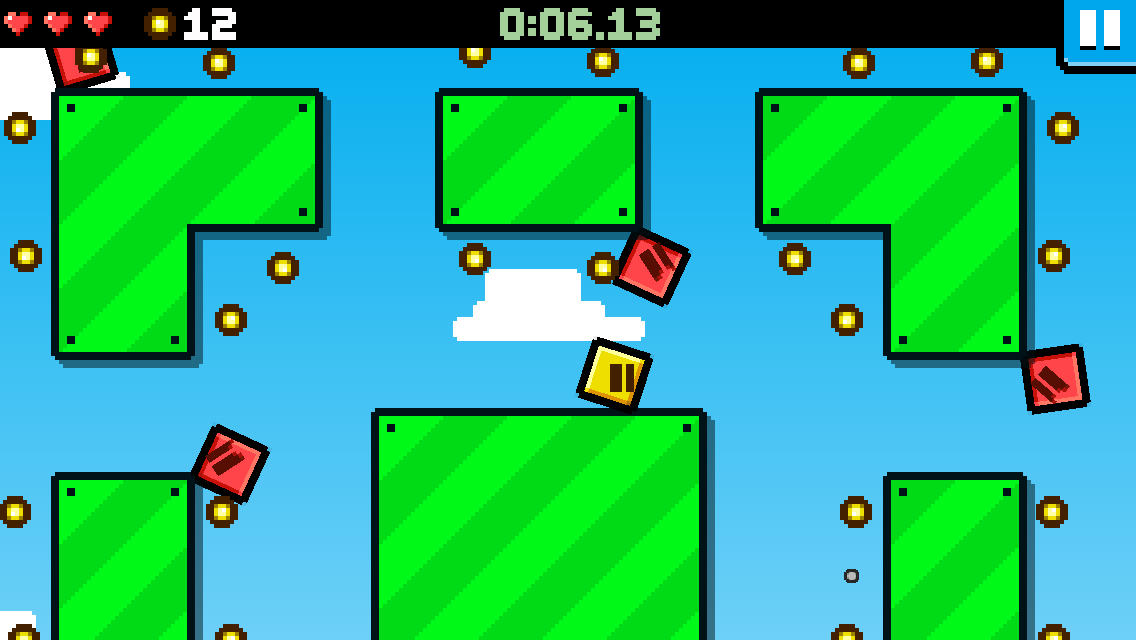 Where the depth comes into play is with the game’s objectives and obstacles. In addition to opening the door to unlock the next stage, Brick Roll has four additional standard tasks for each mission. Badges are awarded for defeating all the enemies in a stage, collecting a hidden green pallet, passing the stage without losing lives, and completing the stage under a certain time limit. Thankfully, players are allowed to take on each objective at their own leisure (i.e. you don’t have to do them all in one run), leading to a game with a ton of replayability in order to fully pass each mission.

The other key facet to Brick Roll‘s gameplay is its obstacles. Initial stages start off slow with just a few melee-based enemies (that damage you if you run into them but can be dispatched by jumping on them). Later levels add in spikes (that sink and protrude at certain intervals) , projectile-based enemies, and more. In addition, the game starts getting incredibly creative with where the platforms are, forcing you to think a bit outside of the box to successfully time jumps to hit all the pellets and enemies. While I was a little turned off by the trial-and-error focus of the hidden green pallets (a lot of times you have to sacrifice a few lives just to figure out where the hidden platform is), it was still a great addition to the gameplay. Special mention has to be made of the game’s boss levels, which I really loved and wished there were more of.

While the first half-a-dozen or so levels are relatively basic, the difficulty curve quickly ramps up to highly challenging. In fact, In some regards I’d say that the difficulty is a little too unforgiving, with lots of areas that have a small window of opportunity to avoid obstacles. Some of this is due to the simplistic controls, while some of it has to do with level design. Still, Brick Roll is no where near impossible; it just requires far more patience than most games these days expect from players.

While the difficulty may be offsetting for some, Brick Roll is still an excellent platformer and a prime example of how to provide a full, enjoyable experience with streamlined controls designed for the platform. This is mostly due to creative level design and the game’s great, retro-style visuals. In addition, while I’m not the biggest fan of chiptunes, I loved Brick Roll‘s soundtrack, which is very reminiscent of nostalgic visits of the ice cream van. If you’re in the market for a new platformer that puts a lot of effort towards replicating an old-school gameplay feel (in all regards) with new-school gameplay ideas, Brick Roll is an excellent game worth checking out.