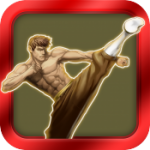 If you were a fan of the mid-80s brawler Kung Fu Master, or perhaps better known as simply Kung Fu on the NES, then I’ve got a game for you. It’s called KungFu Quest – The Jade Tower (Free) and it makes no bones about being inspired by that 1984 classic. Part of the appeal of Kung Fu Master was that it was simple to play but deceptively deep with its mechanics. KungFu Quest nails this perfectly, and at the same time expands upon it in a way that feels modern without interfering with the simplicity.

The game centers around working your way up a tower floor by floor until a final confrontation with an evil foe. Each floor contains baddies approaching from both sides, so there’s a lot of back and forth combat as you make your way towards then end of a level. The game is controlled with virtual buttons for left and right movement, jumping, and a single button for attacking. Simple and easy to use. You can also jump and then attack to perform a jump kick, or double-tap either direction to perform a dash. 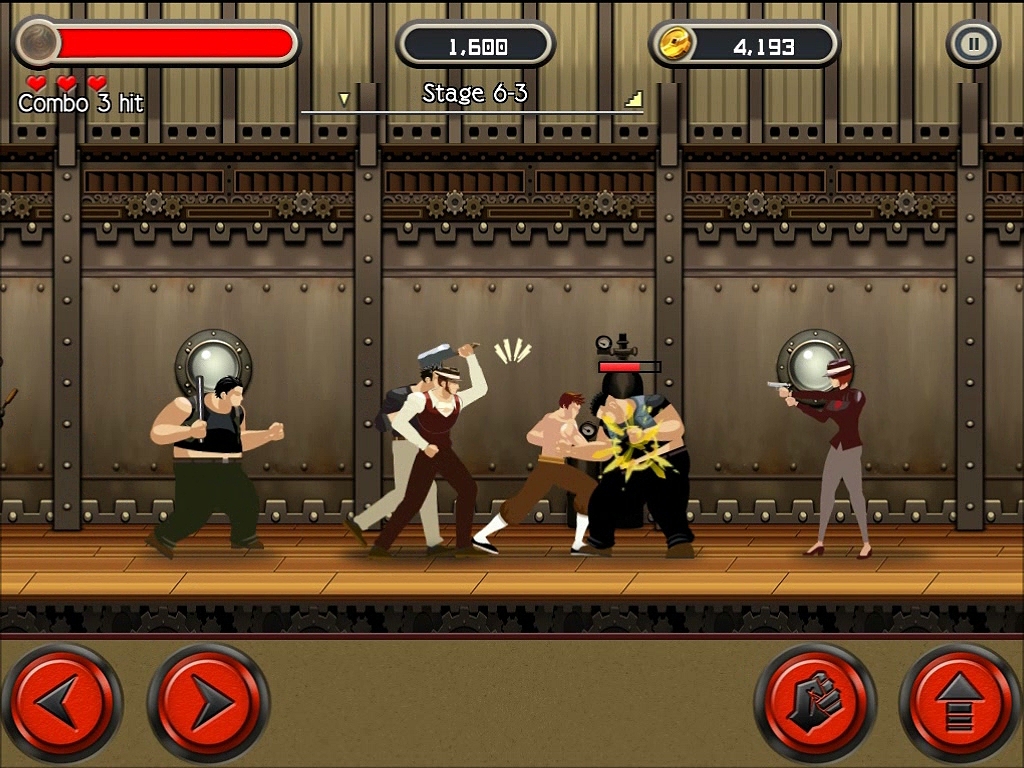 However, there’s additional depth to the whole combat scheme. As you complete floors you’ll earn special orbs that you can use to buy new moves. Tapping the attack button in quick succession will perform a combo, and by buying new moves you can actually create what kind of combo you can do move by move. It’s a fairly simple but really compelling system that keeps what is essentially button-mashing combat feeling fresh and unique. In addition, there’s a “rage meter" type thing that fills up as you pound on bad dudes, sending you into a temporary one-punch-kill frenzy once filled.

You also earn coins while fighting, and these can be spent on things like new clothing items, new heads, and special relics which all offer different kinds of attribute boosts or other benefits. It’s really cool to be able to customize your fighters look and performance to your own personal taste.

If the thought of a dual-currency system has you worried, fear not, as you aren’t able to buy either of them as IAP. There is an IAP to unlock the full game however, currently priced at 99¢ for the iPhone version and $1.99 for the iPad version, but the initial free download will let you play through the first five floors of the tower, with the fifth floor culminating in the first of many boss fights. It’s definitely enough content to decide whether or not you’ll want to cough up for the full game. Unlocking the full game allows you to continue on through the entire 38(!) floors of the tower, and seven more boss fights.

Visually, KungFu Quest has a clean look and excellent animation, almost making it feel like you’re playing a comic book or anime in video game form. The controls hold up decently well, though I do have trouble from time to time turning around quickly enough, and I accidentally trigger the dash move more often than I’d like. Overall though, if you like this sort of game, KungFu Quest is extremely well done.

The developer is very active in the forums, considering feedback for future updates and answering questions, and our members there seem to be really digging the game a lot so far. If you’re looking for a cool game to play that sort of fell through the cracks this week, check out KungFu Quest – The Jade Tower right now for free.