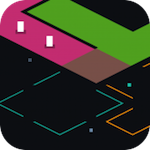 Rymdkapsel ($3.99) is a tremendous game that brilliantly distills what RTS is all about: making a great base with an eye towards a big picture objective. But, even though it’s a super breezy game to play, it isn’t without its difficulties. Beating all three of the game’s objectives requires attention to detail and a methodical play style that takes account of how your minions move about your base and what monolith gives you the best abilities at the time you need it the most. Also, you’ll need a little speed on your side, too.

In this guide, we break down all three objectives and how to get them. Each kinda stacks into the other, so we highly suggest giving them all a quick read. Also, we’ve included an image of our most successful base to give you a good indication of what to shoot for as you attempt to completely win Rymdkapsel.

Researching all four monoliths ain’t all that hard if you keep a couple of key things in mind. The first, and maybe most important, is efficiency. Minions are super slow, so you need to make sure that all your resource-generating rooms are close to each other. Also, you should pair rooms whenever possible. For example, when you build your Garden, put it next to a kitchen. And keep both doors facing the same way so minions can exit and enter quickly and efficiently.

Another thing: take advantage of the sluggish pace of enemy waves in the early game. The first 10 or so waves aren’t a big deal, so live on the edge and expand as quickly as you can during this part of the game. But, also focus. Only build corridors to a monolith at a time. When you finish researching that one single monolith, move on to the next. 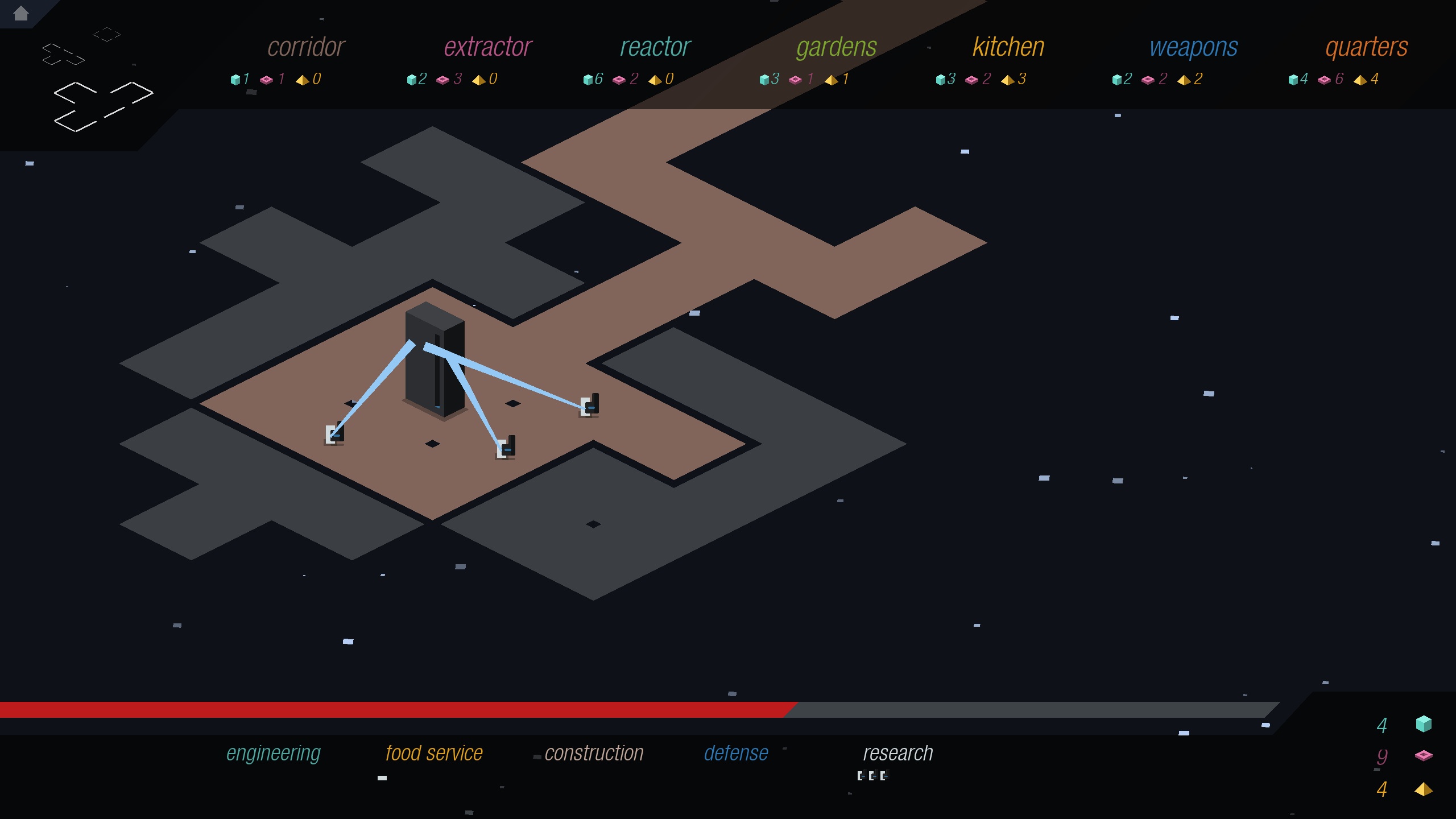 While you’re building out, it’s crucial to simultaneously build minions. Start making as many quarters as safely possible and packing food into them. Having a handful of minions gives you the ability to put more guys on research duties and resource gathering.

Weapon rooms, surprisingly, are pretty key to monolith researching, too. When an enemy wave comes, you don’t want your minions walking really far to a weapons room. So, bring a weapon room to them instead. You still want this room to be pretty close to your base, but not plastered directly in it. Find a middle ground.

You’ll probably find that all of this requires quite a bit of Extractor resources. It’s crucial that you keep this supply line open, so build out to these quickly (and be okay with these never connecting to multiple pathways into the base; smaller is better.)

RESEARCH ALL MONOLITHS IN UNDER 45 MINUTES

Even though researching all the monoliths in under 45 minutes is the last objective, it really goes hand-in-hand with researching them all.

The base building essentials we described earlier are necessary to get this objective, and so is speed. You’ll want to reach and research monoliths as quickly as possible. In order to do this, build tons of minions and always set three to research a new monolith. Always research the top left monolith first because it gives your minions better speed. 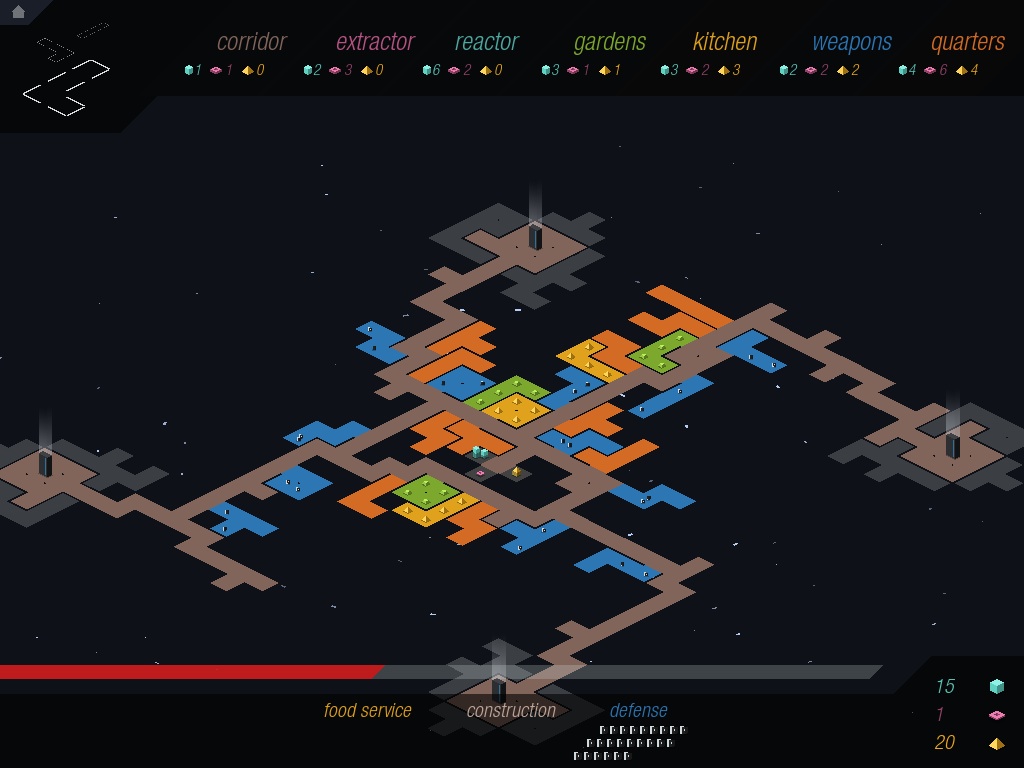 It’s also super handy to start building out to a new one just as you’re wrapping up the current one. Don’t waste waves. If you’re not researching during a wave, you’re wasting precious time and not capitalizing on the sluggishness of enemies in the early game. If you find yourself unable to build out because you didn’t get to enough Extractors or if you lose too many minions to waves because they got caught out, start a new game. There really isn’t much room for error.

And speaking of that: be okay with having a fairly messy base. Things don’t need to fit together precisely. They just need to be close. You’ll waste tons of time trying to get perfect matches to what you’ve built previously.

There’s a couple of keys to this, the most important one has a lot to do with monoliths. Each monolith gives you a special ability. Research the top-left one first since it has a speed boost to impart. Research the lower-right next since it gives you better attack range. We suggest researching the top-right monolith third since it gives Extractors a little more juice. Lastly, get the bottom-right since it slows down enemy waves.

Surviving beyond this is all about the compactness of your base. You want weapon rooms to be as close to each other as possible. Also, you’ll probably want to expand out to a second Garden and Kitchen. The AI is a dodgy when it comes to using two rooms, so if you do end up building an extra Garden of Kitchen, use a minimum of five minions on food at all times. This forces the game to split up the horde between your Kitchens and Gardens.

By about wave 20 or so, you want to be resourceless. You want to be in a position where you’ve built so many quarters that you no longer have Extractor blocks. In our extremely victorious run, we managed to build 11 quarters. In the process, we had to sell of both of our Reactors, as well as all our (then cashed out) Extractors.

Hopefully, these helped you. Rymdkapsel sure seems like an easy game on the surface, but the balance between building out your base versus staying compact is hard to strike. You might develop a couple of other methodologies as you play that we didn’t think of. If so share them in the comments. We’d love to hear them!