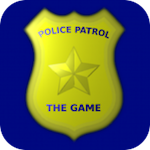 I dipped into Police Patrol: The Game ($1.99) this afternoon mainly because I’m starting to feel turbo bad about the number of digital cops I’ve harmed playing Payday 2. In a lot of ways, playing Police Patrol has been therapeutic. You play as a cop. You’re a good guy. You pull over drunk drivers and ticket reckless drivers. You do wholesome things instead of really, really bad ones.

The fact that you’re a good guy might strike you the same way since Patrol takes most of its cues from pre-PS2 Grand Theft Auto and then flips the premise on its head. In brief, it’s a top-down, open-world game that tasks you with patrolling the city and stopping a crime. Calls come in from a dispatcher, and then you automatically take the mission. As you beat missions, your dude levels up and you earn new squad cars. 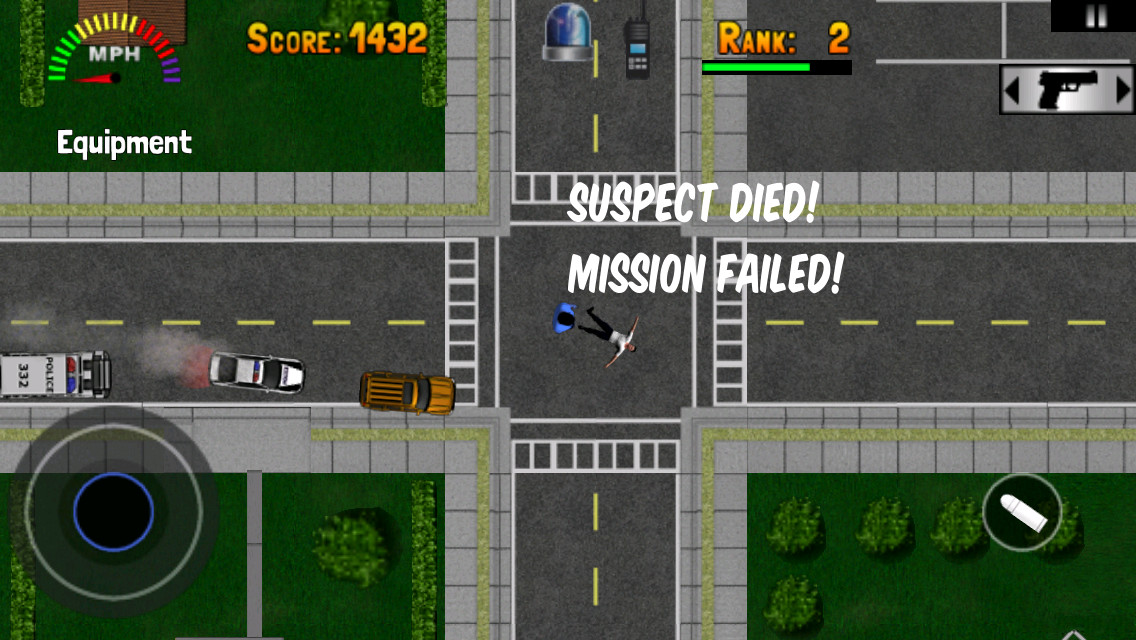 For the most part, the game’s action seems to revolve around the car, and it’s not all that exciting — you just tail someone until they get tired of it and stop. At the end of every chase, you hop out and approach the bad guy to arrest him. Like chasing, this is also a pretty simplistic thing to do, although you can arm yourself with a taser if the dude gets nasty with you. There are also guns for when they get really nasty.

The thing I’m really digging (outside of the whole good guy thing) is how … campy it is? It’s called Police Patrol: The Game for one. Also, a couple of bits of mission dialogue have been striking me as funny in a so-bad-it’s-good kind of way. Here’s an example:

DUI SUSPECT IS FLEEING ON FOOT. ARREST THE SUSPECT. USE TASER IF NECESSARY.

Anyway, I’ve been having fun with Patrol in my own little way, but it’s definitely not going to blow your hair back, especially if you’re in the market this week for a title with deep, satisfying mechanics. It has its charms, though. I mean, I feel better after playing it.

Patrol skipped the usual international Wednesday release schedule, so it’s out now on iPhone. The creator appears to be pretty active on our forums, so hit up the thread if you’re into hearing about what’s coming to the game down the road.