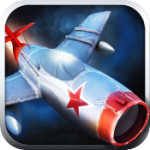 Having never played any of the previous games in the series, Sky Gamblers: Cold War ($4.99) was an entirely new experience for me.

I’m no stranger to flight sims, having played many of these games, from the venerable Flight Simulator series, and got my start with the – still classic – Chuck Yeagar Air Combat that came out over twenty years ago for DOS. This game is my first foray into iOS flight sims.

Upon first starting the single player campaign mode, you’re told to complete the tutorial missions, to get a feel for how the game plays. So I did. You’re guided on how the HUD works, how to control your plane, weapon basics, giving commands, and performing special maneuvers.

While informative, I found the tutorials to proceed by very slowly. Everything is text based, there is no voice guiding you through the tutorials, and I found that the speed of the text was too slow; often times, I was left waiting until the next instruction decided to pop up. Sometimes the game didn’t always recognize what it told me to do; for example, while learning to take off, I was instructed to “accelerate and pitch up” to lift off the ground. I did as such, yet the game didn’t recognize this, and I had to restart twice to actually complete that tutorial. 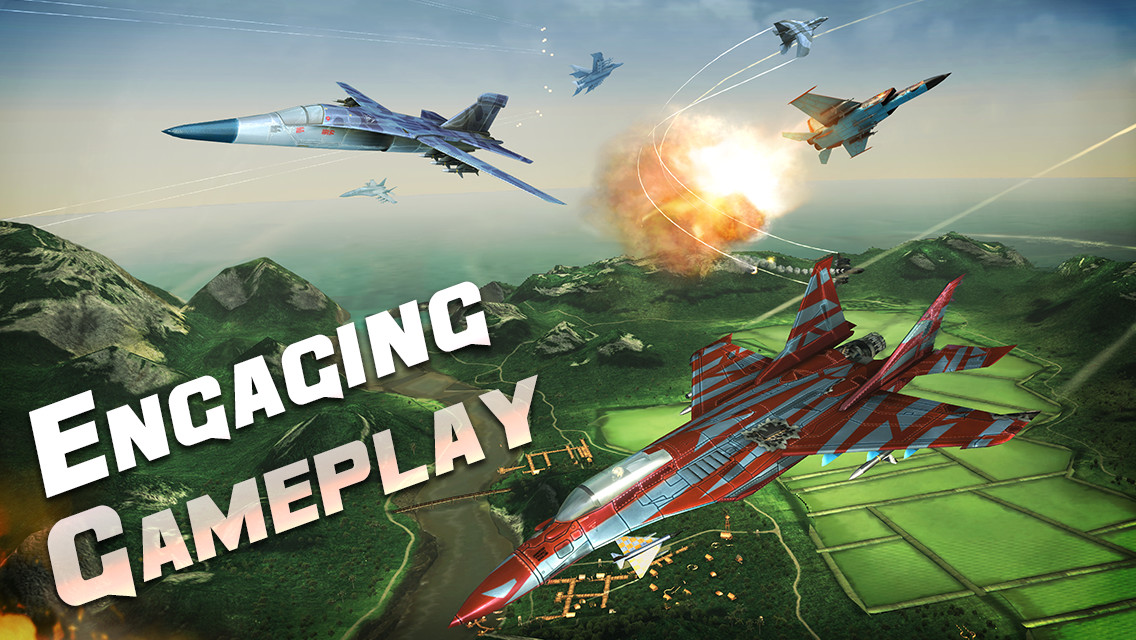 My biggest gripe, and this is probably just me, is that the tutorial treats you like you’re incapable of understanding basic things. For example, we’re told: “Notice the speed is going up as we accelerate.” Clearly our speed will increase with acceleration; I’m surprised I wasn’t told that braking slowed the plane down.

After finishing the tutorial missions, I embarked on campaign mode and was thrust right into action, attempting to save a fellow pilot with a smoking engine and an enemy on his tail. This is where all your (not) hard-lived training comes into play. It doesn’t take long to knock the bogey out of the sky, and just as you do, you’re set upon by a group of enemies. After some more fighting, you head back to your base, only to be ambushed again. 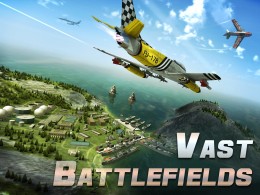 And thus is the majority of the game. Aside from being one of the most forgettable characters in recent memory (who is apparently beset with laryngitis, but then again, so is everybody in this game), the mission structure is straightforward and boring. Aside from a couple of special sequences, such as the on-rails mission where you’re in control of a helicopter, there is no variation to what the game presents to you; the entirety of the game is devoted to killing Russian fighters. Now, being called Sky Gamblers: Cold War, that’s a safe assumption, but seeing as how you progress through several decades, the story becomes quite… pointless, really. You’ll get to pilot over ten different planes while completing the campaign, but they may as well all be the same.

Graphically, Sky Gamblers is decent. Planes have nice details to them, but the environments are bland and boring. There are a few tearing issues I noticed, most noticeably on the ground, and especially noticeable when you’re very high up. You might experience some temporary slowdown after crashing; it seems like the game can’t handle the explosion effects and needs time to bring the framerate back up.

Sky Gamblers doesn’t utilize sound very well, either. Bullets hitting planes sound very dull and tinny, and the rat-a-tat-tat machine guns sound muted. The hiss from a launched missile is about as good as the sound gets, and if you’ve seen one military movie or played one game with a military soundtrack, then you’ll already be bored of the music. 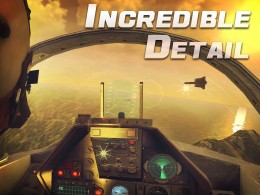 Controlling your planes can be a real hassle. It will definitely take some getting used to. The part that annoys me the most is that whatever position you’re holding your iDevice in is how the game calibrates and determines the “center”. So, if you’re tilting your iPad downward, that will be considered the default position. It’s nothing a pause, adjust and restart won’t fix, but is still annoying.

Fighting, the core of the game, is tedious as well. Your missiles seem to miss quite frequently, whether your enemies use flares or not. Despite following directly behind enemies, and not seeing flares pop up, my missiles still needed to strafe to either side and not even clip the target. Aside from your different missiles (single- and multi-target), you have a machine gun, a gun which is ridiculously hard to use. There doesn’t seem to be any sort of aim correction or auto-aim, so unless you’re basically nose-to-nose, the small crosshair you’re provided has a difficult time actually hitting.

Sky Gamblers features several single player modes outside of the campaign. Survival mode pits you against endless waves of enemies until you eventually succumb. Dogfight Missions send you to face off against an enemy. Once an enemy is killed, more are spawned, and of higher difficulty. So on and so forth. You also have standard fare, such as Free For All, Team Deathmatch and Capture the Flag. Rounding out the single player options is Free Flight, which lets you fly around relaxingly.

You have four ways to play against people: local WiFi, online, via Game Center, or Head to Head. There are various rooms you can join, using icons to designate what kind of game it is (a bird representing free flight, or a plane with two falling planes on either side, representing Last Man Standing). I had no issue getting into a multiplayer game, and it was seamless.

My favorite feature of multiplayer is the option of fighting all AI opponents, to let you work on controls, or to master maneuvers, or whatever your fancy.

To summarize, Sky Gamblers: Cold War is a mediocre action sim, whose enjoyment is seriously hampered by poor controls and a monotonous campaign. For fans of previous entries, it might be worth a test flight, but for everyone else, it’s an unpolished mess.