Grapefrukt’s Rymdkapsel is a RTS that cuts to the bone of what this genre is all about: building with an eye towards a big picture objective. In Rymdkapsel, you’re tasked with researching obelisks by building a sprawling space base that not only connects to them, but also manufactures the resources necessary to do so. In a sense, you’re kinda like a weird space spider building and strengthening a web of corridors and resources.

There is no micro game, really. There are only builder minions and one tap sends them to work. Either they’re making rooms or they’re harvesting resources. You don’t need to sit these guys, in other words, since their abilities are limited. The rooms they build, for the most part, are set-and-forget, too, since they grow resources without your help.

The catch with all this is two-fold: (a) each room you can build is shaped like a Tetris piece and (b) at timed intervals increasingly powerful waves of enemies will appear. To survive, you’ll need to build methodical, consolidated designs that allow easy access to weapons rooms for defense but are also sprawling enough to reach the obelisks. It sounds like an easy balance to strike, but it’s most definitely not.

For what it’s worth, Rymdkapsel hits the nail on the head. Its distillation of the RTS, in particular, is its strongest point of design. You’ve got all the usual worries you’d find in the genre, but no little fiddly bits you’ve got to endlessly fiddle with.

I’m obviously in love with this, which is why I hit up creator Martin Jonasson to pick his brain a little bit about how he came up with the game and its ideas. Surprisingly, the vast majority of the mechanics that compose Rymdkapsel came together free style. It just kinda spoke to him as he was making it. 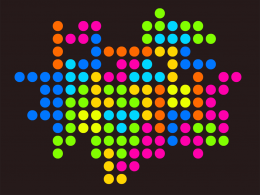 Jonasson started the game after GDC 2012. He was doing a port of an older game, and the work was so boring, he decided to take a week off to create something newer, presumably more exciting. He’d been kicking around the idea of making a space base game for a bit. This was his chance to make it.

“I had been throwing around this idea about having a game set on a space station for a while. The central part of the idea revolved around how cool it would look to have the hull breach and seeing your little space people get blown out into space."

“As I kept working the game more or less revealed itself to me, I didn’t really have much idea where I was going for the first week or two of working on it," Jonasson says.

“Then I spent about a year polishing it to a shine." He adds that the breaching never made it into the game, which is kind of a pity now that I think about it.

Tetrominos play a huge role. They’re the basic shapes that compose your base. On a more meta-level, how well you fit them together and the closer the resource streams, the much better you perform. Tetrominos were the foundation of the space base idea.

The idea of having rooms that offer different resources and interconnect to each other just kinda flowed after that. Jonasson says he never intended to make an RTS. It just sort of came to him.

“As it turned out, the building mechanic just naturally lead into having rooms that did different things, and pretty soon I had little white boxes running around the station moving resources back and forth. I never intended to make an RTS when I started out, but that’s where the game took me."

The breakdown for the RTS that Rymndkapsel puts so well on display was the result of having to, in part, make a game for touch screens. Jonasson explains:

“I have made a bunch of games-slash-prototypes in the past that explores how much input you can take away from the player whilst still keeping them engaged in the game. I also decided pretty early on that the game would be for touch screens, so I couldn’t make it too fiddly with regard to input."

Jonasson says he focused on putting “bounds" on the design of his game.

“So, I combined the philosophy of “taking away to improve" with the RTS and focused on the part strategy games I’ve always enjoyed the most: building a great base," he says.

“Nailing down the room types and resources took quite a while, for a good while I intended to match the room types to the block shapes (seven shapes, seven rooms) but I decided against it."

“Adding the monoliths out in the periphery made the design fall into place. They make for an interesting conflict within a players strategy. To defend well the best tactic is to “turtle" and pack your base as tightly as possible. But, to get at the upgrades, you have to spread yourself more thin and take some risks."

And boy did it turn out well. Rymdkapsel is due out July 25 across iPhone, iPad, and iPod touch. We’ll have a review then and a guide, too.

UPDATE: Unfortunate timing on this preview. Rymdkapsel was just delayed. It will release on August 1 instead.