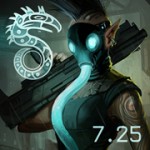 Oh, hey, did you know that Harebrained Schemes is working on a Shadowrun revival? It is! The game’s called Shadowrun Returns, and it’s a top-down, tactical squad-based strategy game that tasks you with scouring the “urban sprawl of the Seattle metroplex" in search of a mysterious killer. Your squad will consist of a mages and street samurai, as well as other weird classes that combine magic with cyberpunk. Sounds a bit better than that Xbox Shadowrun everyone loves to hate, right? Right?

We haven’t had our hands on this just yet, so we don’t know a ton about it. However, a new trailer released this afternoon. It introduces you to the world and sheds a decent amount of light on how the combat system will work.

Shadowrun Returns is scheduled to hit on PC and Mac this July 25. The iOS, Linux, and Android versions are set to launch after.