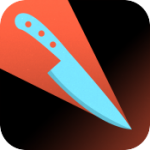 If there’s one thing that proves that society has gone all to pieces in recent centuries, it’s how uncivilized we’ve become with regards to matters of honor. It’s almost as though two wealthy landowners of equal social stature can’t face each other with rapiers or pistols without it becoming a whole thing, you know?

Lucky Frame’s Gentlemen! ($1.99) provides a compelling alternative for the modern duellist. The field of honor is your iPad. The rules are codified. The weapons are, well, “fair" may be too strong a word. Knives versus pigeon, for instance, seems a touch outlandish. And lightning versus bomb? Simply preposterous. Still, if an offense has been made and satisfaction must be had, there are few better ways to demand redress than throwing down on this field of digital domination. A word of warning, though: these are duels for those who can go head-to-head on a single device.

The new rules of the game go something like this. Some knave offends you mortally, and your honor will not allow the offense to stand. You lay down the challenge—a duel not to the death, but to four deaths. Four deaths is better suited to the times. You select the field—the Gardens, your House, the Street, all well-appointed for a proper Victorian gentleman—and declare the rules of engagement. Then the fight begins. 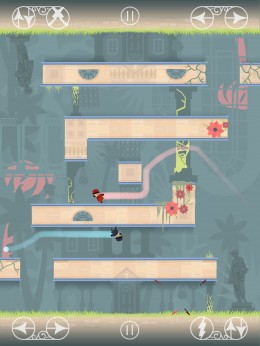 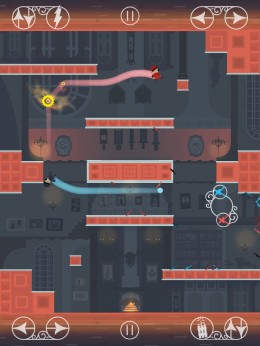 There are three acceptable methods of destroying your opponent. The Duel is as one might expect: Two opponents sitting across an iPad from one another, fighting for first, second, third and fourth blood. There was less platforming involved in the past, and certainly no fussing about with gravity, but tradition stand: two gentlemen trying to kill each other with everything at their command.

The Chase is a less noble form of duel. Only one duellist is given a weapon at a time—the other must run until the time to switch comes around. It might not quite meet the demands of honor, but there is something oddly compelling about being stalked by a foe until the moment you turn around and skewer them with kitchen knives.

For the greedy, the Diamond Duel will serve. As you can win the duel with four kills or the collection of three diamonds, it’s possible to win without bloodshed. Simply put, where’s the fun in that? Better to watch over the ever-moving diamond until your enemy’s avarice outweighs their good sense. That’s when you unleash an angry bird in their face.

It is a chaotic sort of duelling, to be sure: running around with knives, swapping gravity on both sides and hoping never to line up a shot for long, swapping weapons back and forth and jumping all over town. Still, the truth will out with the last man standing.

After the duel, if there is any question of whether honor was satisfied (or if anyone would like to rub in an opponent’s crushing defeat, thus giving cause to the next round of duels), one can watch and share a replay of the fight. Should one wish to editorialize about the cheapness of running around bursting with lightning, that would be the appropriate time. Of course, one could have switched weapons for both opponents mid-fight if one were really all that bothered about it.

Lucky Frame has shown great talent with its history of musical games like Bad Hotel ($1.99) and Wave Trip ($0.99). With Gentlemen!, it shows a sense of honor as well. Certainly, there may be a limit to the insults that would require a game such as this (sadly it cannot be used to address the insults one must endure online), but for Gentlemen! it might just be worth inventing a few new reasons to take offense. You and me, pigeons against bombs in the streets at dawn: it’s simply what honor demands.