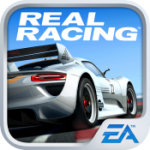 Cars! Real Racing 3 (Free) has them. And yesterday, even more were added to the simulation game via an update. Specifically, Bentley and Mercedes-Benz joined the line-up, introducing a couple of new “prestige" vehicles to try out. The update also added more than 180 events and a new event type, Time Trial. Haven’t checked out Real Racing 3 in a bit? Maybe it’s time to do so, eh? Cars! Tracks! Driving recklessly! I mean cleanly!

Oh! And here’s something neat: with the update, you now get bonus Real Racing bucks when you “drive cleanly and fairly." Also, you’re now awarded bonus funny money after your first race of the day. Apparently, this bonus goes up over the course of consecutive days played, which seems cool.

Real Racing 3 has been out for a bit, but it remains one of the better simulation racing games on the App Store. Love or hate the free-to-play scheme, this thing is pretty solid mechanically.