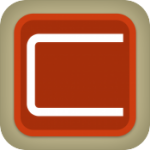 From Radiangames, the developer behind Slydris, a clever variant of Tetris, comes another well-designed block puzzle game. CRUSH! ($1.99) is perhaps not as unique as Slydris, but it’s a very good take on a well-trodden idea, and if you aren’t completely tired of the genre, you’ll probably find quite a bit to like here.

CRUSH! is basically a variation on Collapse. The play area is the usual tube, filling up with multi-colored blocks. Blocks appear from one side of the tube, in one of three different colors. They’re always pushing towards the opposite end of the tube, at various rates depending on the mode of play, but if they reach the end, you’re finished.

Touching a block will clear it and any other similarly-colored adjacent blocks, but will also push the blocks on the screen down. Occasionally, a special block will appear that acts as a wildcard, with the potential to clear a huge number of blocks. Like many games in this genre, it sounds simple, but it’s actually quite difficult to survive for very long. 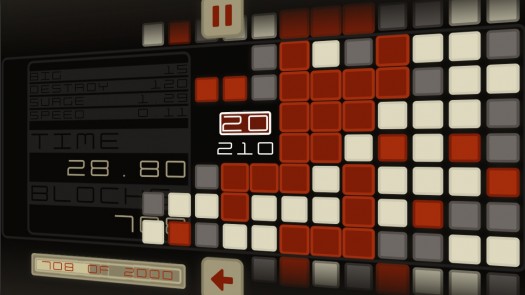 Initially, you can choose from two different modes of play. In Think mode, the blocks appear very slowly, but your moves will cause a big push, so you have to plan carefully. It’s probably the easier mode to start with. The other mode is React. In this mode, the blocks appear very quickly, with your moves causing a much smaller push than in Think mode, favoring a frantic playstyle. You’ll eventually unlock Crush mode, which is a balance of the two, and probably the most fun mode to play.

After selecting the mode you want to play, you can also choose a power. These powers are what really differentiate CRUSH!. In the beginning, you’ll only have one power available, the largely unhelpful Remix power, which shuffles the blocks in the playfield around. As you progress, you’ll unlock more and more helpful powers, culminating in the powerful Duet power, which transforms all blocks of one color into blocks of other two colors, setting up a chance for a big score. 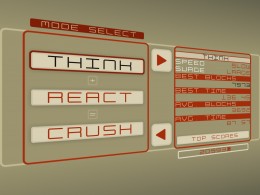 The powers are balanced by their cost of use. To use a power, you have to fill a meter by matching blocks. Once the meter is full, you get one use of the power, activated by tapping a button at the bottom of the tube. The more useful powers require more blocks to fill the meter, giving you ostensibly fewer chances to use them. The powers also act as a second chance. Should you have one in stock when a block touches the bottom of the tube, you’ll lose the power for that round, but live to play on.

The game keeps track of your best time and score, so those are the goals you’ll want to be shooting for. After each game, you’re given some experience points based on these stats, which go towards unlocking Crush mode and the new powers. Fortunately, you don’t have to play very long to get the important stuff unlocked, so these feel more like a treat than a chore, allowing you to test and digest the various powers one at a time to see which one fits your play style best.

The UI and overall look of CRUSH! is very stylish, as you would expect from Radiangames. Everything is designed to be colorblind-friendly, and buttons and meters are all in easy-to-see places. The music, while nothing special, isn’t offensive to the ears, but I wish there were more than one tune to choose from during play. The game is designed around a touch input, so there are none of the problems that occur with falling block puzzle games like Tetris. It also supports Game Center, with leaderboards for the various modes and achievements.

The only real knock I have on this game is that it does a very poor job of explaining itself. There are no in-game instructions and no real cues about how you’re supposed to play. When you touch a block, some information comes up by default, but it causes some confusion because it seems like you can move the block pieces around when you’re actually just sliding over to another block’s information. The biggest puzzle in a puzzle game should not be how to actually play.

That’s really the worst thing I can say about CRUSH!. It’s a fun game that plays well, looks good, and sounds fine. The unlockables give you some incentive to stick with the game while you’re learning to play, and it’s challenging enough that even after you’ve unlocked everything, you’ll still have a great time trying to best high scores. It’s certainly been well-received in our forums. You probably already have at least one falling block puzzle game on your device, but you may want to make room for one more.