XCOM: Enemy Unknown is a game about story. And not just the scripted, overarching pulp-y sci-fi one that it tells. But the one you weave on battlefield tapestries, as you gather enough resources to engage the alien threat. Your choices, your losses, your wins inform the experience, shaping a bigger picture that’s, basically, unique to you. While Enemy Unknown is a winner both mechanically and technically, it’s this triumph in design that makes it worth a shot on any platform that it’s on — including the awesome new iOS version.

You can break down Enemy Unknown into two distinct parts, the latter of which would make a great iPad game all on its own. There’s the tactical, turn-based shooter part that has you assigning a group of marines to, most of the time, engage alien activity. With touch gestures, taps, and clicks on the UI, you command each marine in battle, slowly creeping into a fog of war that veils the alien threat. There’s several different classes of dude and all have their own unique abilities. Snipers, for instance, can fire from a distance that a basic bullet-spewing Heavy would have a zero percent change of hitting from. Most fights boil down to insanely tactical skirmishes, which hinge on your ability to set up, and bunker down into, smart firing positions with each dude covering the other. As alien bad guys lumber or scuttle into the picture, your commander-ness will be tested; enemies are smart and lethal: you will lose guys. This is just the harsh reality of XCOM. 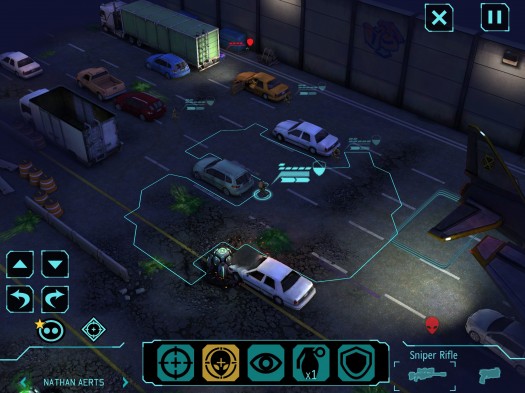 And losing folks will hurt, too, since your dudes earn experience and abilities if they manage to make it out of battles alive. Every recruit starts out as a rookie that slowly gains an identity as he prevails against what seems like impossible odds. Much later in the game, if you’re doing well, you’ll start gaining guns and armor that even the odds, but the initial hours are (now) notoriously brutal.

The vulnerability is refreshing. Invigorating, even, knowing that your guys are squishy, living things. This fact informs a lot of the choices you’ll make in battle — going out into the “unknown" like a brash, ill-educated space marine will net you nothing but loss and grief. Success requires patience, sight lines, and smart choices. 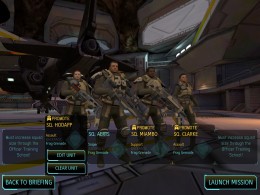 The other part of Enemy Unknown is a weird sort of meta game. As the leader of XCOM, the multi-national defense force set up to protect Earth after the alien invasion, you’ll be tapped to not only to research new technology and recruit new soldiers, but also to keep the world’s nations invested in the program. If someone gets too spooked, either because there were too many abductions or whatever in their region, they’ll pull out and stop pouring money into the program. And this sucks, too, because money is how you outfit your dudes, research a new bit of technology, or build a new structure in your underground XCOM base. You can’t win them all, so there’s a lot of give and take as you try to keep different nations into what you’re doing.

This is the stuff that sets the stage for your own experience, shaping a narrative that is all your own. The people you’ll assemble, the nations that may or may not leave XCOM, and the confrontations you win or lose are unique to your game. And these things have a meaningful impact on the outcome of the game as a whole.

Also, there’s just the stories of triumph in the field. I customize my soldiers, giving them some personality. Watching little TJ Combo go from a green soldier to a battlefield wrecker was a tremendous feeling. When he died during a surprise flank? Man. It was hard to deal with. Dude was the backbone of my army. 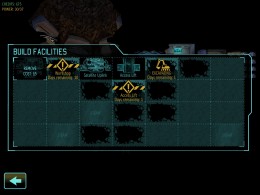 For what it’s worth, there’s dozens and dozens of hours of play. Iron Man mode is a fave of mine, even though I’ve yet to clear the game with it on. In Iron Man, the game forces an auto-save after every turn, ensuring you’ll never reload for a better outcome.

As a touch game, Enemy Unknown operates pretty well. The controls are intuitive. You tap to where you want to place your soldier, hit a button when you want to activate a power. The more I look at the game, the more I’m noticing bits and pieces of asset compression, which makes it look like a “low res" port. As for actual problems, moving soldiers into buildings is pretty rough. The camera doesn’t clip through walls very well.

Anyway, Enemy Unknown is a fantastic, superbly designed strategy game that hits a ton of different notes and nails all of them. If you’re into strategy games, give this a go. It’ll blow you away, and you’ll probably walk away with a few stories to tell.