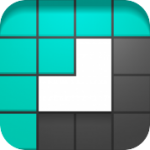 If you’ve heard of ustwo as a gamer it’s probably thanks to Whale Trail (Free), a psychedelic flier starring the darling Willow the whale. Since that hit in 2011 the studio’s been fairly quiet on the game front, focusing its attentions on apps that showcase interaction and user interface design. Now ustwo has returned to the gaming world with Blip Blup ($1.99), a game that might be even better suited to its specialities.

If you’re looking to show off your interface design skills, after all, puzzle games are probably the way to go. A solid set of rules and a sensible interface can win the day. Blip Blup has a pretty simple ruleset: when you touch a tile (an act called a “blip"), a pulse of color spreads out from it. It passes like light from its source, travelling through connected corners and stopping against walls. Change the color of every tile before you run out of blips to win. 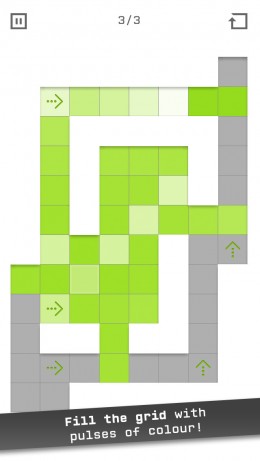 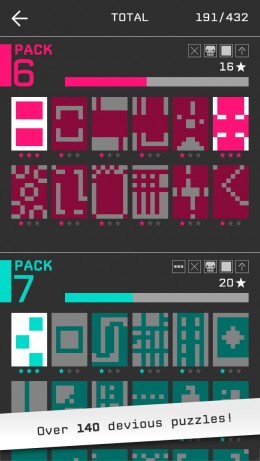 Simple, and spelled out clearly through the game’s interface. The first couple level packs are kind, showing you where your blips will take you. Later, you’ll simply need to know. Everything makes perfect visual sense, though. At a glance you can see which tiles you can tap, which ones will get in your way, which ones are special and what they do.

The special tiles are introduced as you work your way through Blip Blup’s ten level packs. Each one adds one new rule to the game. An arrow sends your blip along a new path. A series of dots means you need to hit the tile enough times to fill each dot. You can probably imagine what a skull means, and whether or not it’s a good idea to blip death tiles. 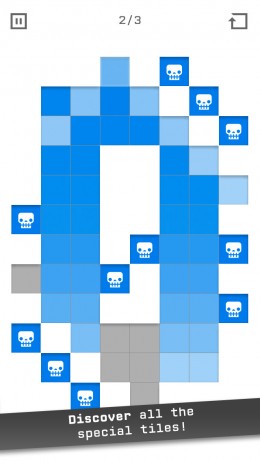 They all follow that simple, clear iconography, so you could easily put Blip Blup down for a few weeks and come back to it without missing a beat. You might find you need to: there’s no way to skip levels, so if you can’t complete something in the requisite number of blips, you just need to do better. By the same token, there’s no IAP or funny business—aside from an absolute glut of ads in the free version, at least.

The first eighteen levels or so are a cakewalk. It’s not easy to fail to get three stars. After that, the game stops holding your hand. Passing levels is still a breeze for quite some time, but earning three stars by using fewer than the maximum blips gets dicey. Once you start juggling a few different types of special tiles, you may find that just passing each level is enough of a challenge—never mind perfecting it. The ramp up isn’t quick, but it’s there.

If you’ve ever played (the delightful) Helsing’s Fire ($0.99) you’ll probably find the experience familiar. Blip Blup is a simpler game, both mechanically and visually, but hunting around for the perfect position to light up the map still works brilliantly.

And while it’s simpler, Blip Blup manages to be just as complex as it needs to be. A handful of tiles that mark special rules may not seem like much, but when put together just right they create some very interesting puzzles. Blip Blup may make for an excellent exercise in interface design, but it’s also quite a fun little puzzle game from the folks at ustwo.