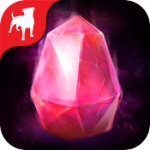 There’s something very enjoyable about anticipation followed by a pleasant surprise. Casinos, collectible card games, and a lot of video games all use this technique to make things more fun. Action RPGs have managed to create this feeling quite a bit in the past with random loot, but Battlestone (Free) comes at it from a slightly different angle, to middling results.

The random element in this particular action RPG is not loot. In fact, there is no loot. At all. Instead, it’s the heroes who are randomly generated. Battlestone provides you with a couple of heroes initially, but after that, you are left to the mercy of summoning random characters. These summoned characters will be generated from a few different classes, a variety of elements, various perks, and special moves. You can manipulate your luck to an extent, by spending some premium currency, but that currency comes so slowly that unless you’re buying IAPs, you’ll have to settle for the non-zero chance of getting a powerful hero from the basic method.

Yes, there are multiple currencies in this game, and not just the usual two-currency method we see employed in many modern games. There are coins, which are probably the easiest currency to earn as you receive them for finishing stages. These can be spent on upgrading weapons and fusing your heroes together to make them stronger. 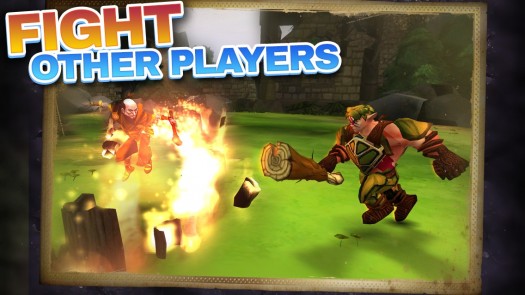 Then, there are Battlestones, which are earned by defeating bosses and in duels. These can be used to perform a basic summon. Next, there are gems, which are earned very rarely in-game and can be put towards using the luckier summoning machines, speed up timers, and to buy “spirit weapons", powerful weapons that you can use for a limited amount of time. Just for a little relish, there is also the often-seen energy meter, which is required to play a stage and replenishes with time (or gems).

This game is not fooling around with its hooks, but oddly it ended up mattering very little for me. The common heroes you summon are quite capable of seeing you through to the end, the spirit weapons are of little value, and energy is restored at a pretty fast rate, so unless you’re hunkering down for a pretty long session, you’ll probably be fine there, as well.

If you’ve played any of the many action RPGs on iOS, or hey, even Diablo, you’re not going to find any surprises in Battlestone‘s gameplay. Moving around and attacking is accomplished by touching around on the screen, and each hero’s special powers can be activated with on-screen buttons. Each character class can also make use of a class-specific action by double-tapping. It’s pretty straight-forward stuff. 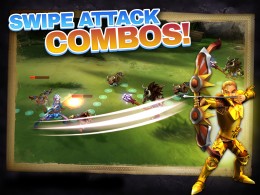 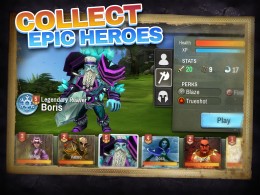 You’ll battle your way through 13 maps, each containing a few levels with varying missions. These run the gamut from protecting chests to hunting for treasure, but they all come down to the same thing: bash the bad guys. Levels are quite small and linear, serving really just to herd you along to the next group of enemies. There are a few destructible objects scattered here and there, with a very small amount of them containing coins while all others contain absolutely nothing. Clear all the levels on each map and you’ll be able to take on a boss level, where you bash bad guys until you reach a big bad guy, who you will also be bashing. After that, the map is cleared, and you’ll move on to the next one.

Despite the game’s insistance that the enemy can never be completely defeated, you will eventually clear all the maps, and you cannot replay prior maps or levels at this time. Once this is done, the game is basically finished. You can continue to duel with other players’ characters, which will earn you Battlestones, but not coins, but since the number of heroes you can have summoned is limited, and fusion costs coins, eventually you won’t be able to do anything but pile up Battlestones unless you want to spend some real money on more coins.

At this point, I should mention that although you have the ability to duel other players’ characters, you are not battling them in real-time. You fight a computer-controlled version of the character in a fairly tight arena. These fights usually last a handful of seconds. As end games go, it’s not very thrilling, so relish the content while it lasts.

The game suffers from a lot of technical issues, as well. The game demands quite a lot of memory and is constantly downloading. In spite of this, or perhaps because of this, loading times are quite lengthy, and in the case of duels, generally longer than the actual battle. Graphically, things are colorful and characters are decently designed, but there is not much variety in the look of levels or enemies, so things start feeling repetitive pretty quickly. I also experienced a couple of crashes, causing me to lose progress on the present mission.

That said, it’s pretty fun playing through the bite-sized stages and seeing which hero will pop out of the machine next. It is, however, extremely unambitious in virtually every regard. I wish the game had a bit more to offer in terms of stage, enemy, and mission variety. I’d also love to be able to replay missions after I’ve cleared them to earn more coins and such. As it is, while Battlestone may provide you with a handful of hours of entertainment, you’ll most likely reach a point where the game has nothing left to give. It’s really lacking in long-term content, as people in our forums seem to agree.