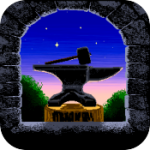 Role-playing games are almost universally about becoming the big damn hero, playing the one central character or party that changes the whole world. No one wants to play the innkeeper, shopkeeper, or that old guy who hangs out in a cave waiting to give the hero his sword.

Except, of course, that some people do. There are games that let you play out those unglamorous roles, like Recettear or Adventure Bar Story ($2.99) on iOS, and they can be a breath of fresh air in an otherwise repetitive genre. Merchant to the Stars ($0.99) tries to fit into that same strange space of shopkeeper sims in a much more streamlined fashion.

Where others try to maintain as much of the RPG experience as possible, Merchant to the Stars throws most of that out the window. There’s no dungeon crawling here; thats what the heroes—your customers—are for. 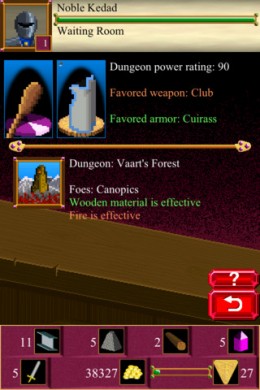 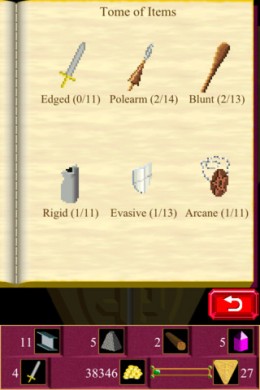 So you hang out in a series of menus. At the front desk you meet your heroes and look through the loot they farmed in whatever hellholes they’ve been exploring. With your appraiser’s eye you pick out the items that might have some use. You repair their equipped gear and send ’em back out for more.

Then you open the forge menu to hone the items you purchased, increasing their monetary value and worth to your heroes. Anything that you can’t find a way to sell to another hero (or back to its seller) heads off to the guild, where your progress as a merchant is tallied and rewards are prepared for the day you level up. Level up as a merchant, that is.

Merchant to the Stars is an RPG as much as Farmville is a city-building simulator, barring a few big differences. It’s not free, for one thing, and there are no in-app purchases to be found. There probably ought to be, though. It plays for all the world like Man Up Time Studios designed a freemium title and changed tracks at the last moment: timers that get longer as your heroes level up don’t really make much sense without some way to jump ahead. 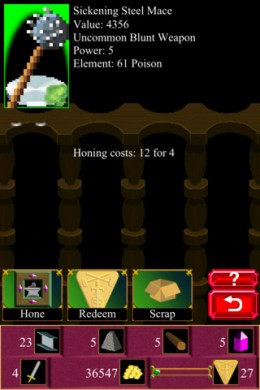 The game’s complete lack of strife doesn’t make a great lot of sense either. You can push to improve your stock by ensuring heroes are equipped with items they like or items that suit the environments they tend to explore. You can make more profit by carefully choosing the right items to hone, the right things to scrap. Whether or not you do, however, your profits keep going up, the money keeps coming in, and you can keep improving your little operation.

This isn’t exactly an unusual state—plenty of fantastic games feature timers and utterly lack of any sort of risk. It’s just that again, these are usually free-to-play games that pride themselves on being time wasters. Merchant to the Stars doesn’t present itself like a member of that crew—not until you’re deep enough in that it becomes obvious that the numbers ain’t ever going anywhere but up.

There are two games in the offing here. One is a premium title that ties your success to the decisions you make for your heroes and for your shop. The other is a timer game where you push buttons to equip your dudes, send ’em out into the world and wait to reap great rewards each and every time. I’m more into the former than the latter, but either direction has the potential to be pretty great.

Instead we have ourselves a middle ground that doesn’t quite work either way. At first you can’t put it down—there’s always another hero to serve, another piece of gear to hone, more profit to be made. Those early moments are good ones. They could be a great start; instead they’re a promise unfulfilled. It’s possible to make mundane roles great fun, but Merchant to the Stars hasn’t quite worked out how.