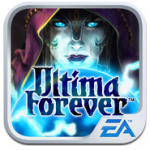 Some companies like to release their games and apps in a market outside of the United States, to test the waters, gather feedback, and see how it performs. It’s basically standard operating procedure for network-intensive games on the App Store.

That’s just what EA has done with Ultima Forever [Free]. Lord British is currently enjoying a soft launch in the Canadian App Store, with a worldwide launch expected by mid-June. As someone who currently lives in the Great White North, surrounded by hockey players on mooseback brandishing hockey sticks and maple syrup-filled squirt guns, I figured I’d give it a try. I was always a fan of the Ultima games, and this is the closest we’ll come to an Ultima Online 2 at the moment. 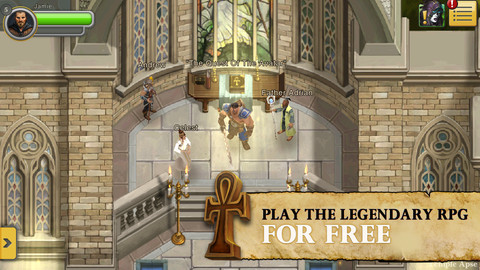 Character creation is pretty straightforward, with not too much variety. You have two slots available, and the game gives you a series of four questions, which dictate your personality. These four questions are always the same, and in the interest of science (well, gaming), I decided to go through each of them multiple times and see the outcomes. Sadly, after picking the same answer to all four questions twice in a row, the game gave me two different traits. Perhaps there’s something running under the random number generator that shouldn’t be, or this is an intended choice. Either way, it seemed weird that choosing to turn a beggar in for his crimes, and telling a thief’s children what he did wrong, both resulted in a Compassion trait. Odd. Of course, you can skip all this and choose have a trait randomly assigned to you from the outset.

The game is billed as cooperative, with dungeon level requirements and estimated times to complete them, but in the amount of time I played, I came across, at the most, five players. This is hardly enough to warrant a conversation, much less embark in a dungeon. Perhaps this is an issue of a soft launch, and clearly not many people had downloaded the game as of yet. 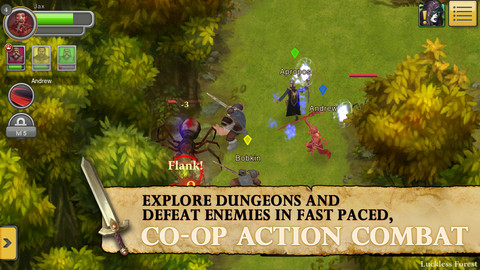 There are some weird oversights, such as the inability to buy or sell items, as there are no vendors in the world of Britannia. Oversight? Or design choice? I guess we’ll see. There are also some missing textures and character models, which are most noticeable during a conversation, as portraits appear at the bottom of the screen.

The combat is fun, if overly simplistic, and a lot of the boss fights tend to descend into a simple pattern:

As it stands, Ultima Forever is a fun grind, but missing aspects that are commonplace in many RPG games, and currently has a very limited social aspect. When the game is launched worldwide, hopefully the majority of these issues will be addressed. You can discuss your feelings of Ultima Forever in the forums, perhaps find some people to group with, and let us know what you think of the game. I’ll be sure to have a review ready for its full release.