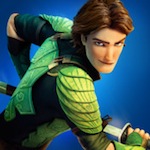 One of tonight’s more notable upcoming free-to-play offerings is Gameloft’s Epic, a city building-meets-strategy game that plays pretty much like Clash of Clans (Free). In Epic, you’ll be tasked with building up a fantasy army and taking care of all the overhead that goes alongside this. Basically, you’ll be obtaining minerals, refining minerals, and waiting for a bunch of timers to finish so you can obtain and refine even more minerals — you know, the usual. I guess the hook with this one is in its tie-in with Blue Sky’s film of the same name, which is apparently hitting a theater near you later this week. It has talking slugs in it, just FYI.

Combat is one of the few places where Epic threatens to be interesting, by the way. Your soldiers and machines of war are all elemental-based, much like the enemies you’ll be fighting, making it seem as if producing the right mix of dudes and then matching them up against your opponents as counters is important. Unfortunately, in the early going, countering doesn’t appear to matter. You win no matter what. Maybe down the line this stuff gets harder? These games tend to hold players’ hands forever, so that’s entirely possible. Regardless, this is the shell of an interesting system where choices could potentially matter.

Anyway, Epic will be available tonight. If you’ve played a free-to-play building game in the last couple of months, you’ll be readily familiar with this one so give it a shot if you’ve been enjoying this genre.