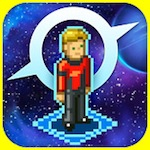 It’s happening: War Balloon’s sci-fi ship tragedy simulator, Star Command, is available on the New Zealand App Store. Basically, this is the first stop on its automated global release tour that will see the game finally released everywhere. For realsies.

Back in April, I took a look at a build that’s pretty representative of the one you’ll be checking out tonight. In a nutshell, Star Command is good. It’s hard. But it’s good. Here’s what I mean:

If you’d like to see more of Star Command, we’ve got your back. We’ve got two TA Plays, and of course, that preview. We’re working on a review at the moment, so stay tuned for that if you’re on the fence.

Of course, if you want a reminder when Star Command hits, go ahead and add it to your Watch List on the TouchArcade app (Free). You can also watch the game’s thread on our forum.