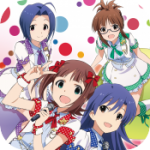 Strangely, rhythm game pricing controversy isn’t new to TouchArcade as many people were upset at the piecemeal way in which Square Enix brought Theatrhythm Final Fantasy (Free) to the App Store, but NamcoBandai may have just one-upped them with the US release of their hit Japanese rhythm game [email protected] on iOS.

The gist of [email protected] (yes, that’s how they stylize it) centers around managing an up-and-coming pop star and taking them to the top of the charts, using your typical rhythm-based gameplay of tapping various combinations in time with the beat. The game has seen a few different releases on various consoles and handhelds since 2005, and as best as can be determined by some fans in our forums this iOS version is based off of the Sony PSP release from several years back. Also, the band management portion and arguably the one thing that sets this apart from being just another rhythm game doesn’t appear to be in the iOS versions of the game. 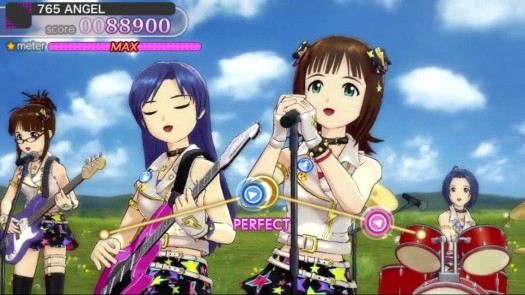 So this is a perplexing release on several levels. For one, I think there’s definitely an audience who are stoked for an English version of [email protected], and if you’re absolutely nuts for the series then maybe you’re down to drop the $165 to get all three games on your iOS device. But I can’t imagine there are a significant number of people who feel that way. If the goal is to broaden the audience for this niche genre, which has blown up in Japan and other markets but never really hit hard in the West, then this pricey and split-up iOS release is a tough barrier to entry for newbies. Finally, why the heck would they strip out the actual band management mechanics when that sounds like the most interesting part?

I guess we’ll just keep our eye on [email protected] and see how it shakes out, but if you are a huge fan who has been waiting for a native English version of the game and you have both the money and device space to spare, then feel free to check out the [email protected] Shiny Festa games with the links below or hit up the forums for more impressions and discussion.

Correction: As pointed out by several readers, the original [email protected] Shiny Festa was released on PSP late last year in Japan and was indeed 3 separate games, each featuring different pop idols and focusing exclusively on rhythm gameplay without any management. So the iOS versions are merely ports of those games, and not a split-up version of the 2008 PSP release as originally thought. We apologize for the error.