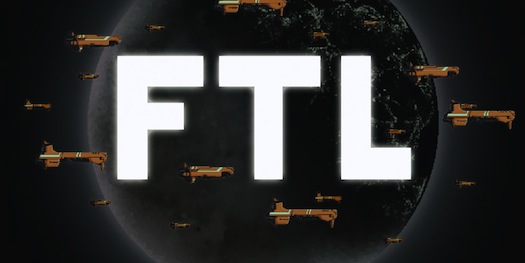 Subset Games is still thinking about doing a tablet port of FTL: Faster Than Light, the studio’s Justin Ma confirmed to Shacknews the other day. Interestingly, part of Subset’s “looking into it" process involves, maybe, finding another studio to do the port. Whatever it takes, right?

We received a similar response back in October when we were all sorts of hot for FTL and probed Subset about the possibility. It’s clear that Subset wants to take this slow and do it right, and even then the port is not a lock. That’s an important thing to keep in mind — there’s lots of moving parts in FTL, some of which will take some substantial tweaking to work on touch. We’re thinking an iPad port will need some kind of auto-pause or slowdown effect for crew movement at the least.

“We would like to get it onto tablets at some point in the future," Ma told us. “I can’t say whether it’s feasible or not, but we will look into it eventually."

FTL, if you don’t know, is a space survival simulation that focuses on the crew and the innards of a space ship instead of raw, action-y combat. For the most part, it’s all about crisis management. Surprisingly, sealing up and fixing a fiery, shield-less, and weaponless ship is just as frantically awesome as shooting laser beams at dudes in real-time. You should check it out on PC or Mac, if you’ve got the gear.

When we wrote an article about a possible port in October, tons of folks added the game to their Watch List, which is why we figured ANY sort of update, including vague, would be appreciated.