Earlier this week we showed you a glimpse from a blog post by Simogo which detailed some of the early design concepts from their haunting adventure Year Walk ($3.99), and yesterday they posted another early look at the game, this time with a focus on character development. As they warn you in the post, it’s very slightly spoiler-y stuff, so if you haven’t played through Year Walk but are planning on it still (you should be) then you might want to avoid for now. 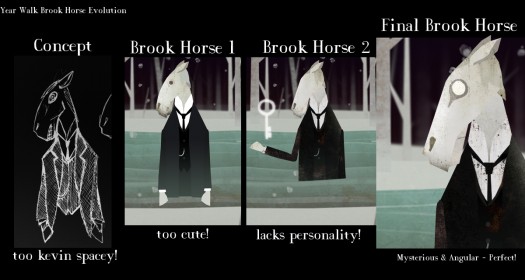 Oh, and while were on the subject of Simogo and Year Walk, the team will be in San Francisco next week for GDC and to attend the IGF Awards, where Year Walk has been nominated for Excellence in Visual Art. Also the Year Walk soundtrack from Daniel Olsén was recently released on iTunes, Bandcamp, Amazon, and a ton of other places. Check out this post from Simogo to see how to get a hold of it, and I’m looking forward to hopefully seeing some more behind the scenes Year Walk stuff in the future.