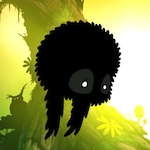 These thoughts are coming in hot, but we figured a couple of you out there would like to hear what we think of Frogmind‘s Badland after spending some precious hands-on time with it this afternoon. In brief: it’s a simple, but pretty cool video game with stellar art.

If you aren’t keeping track at home, Badland is a side-scrolling “adventure" game that’s getting compared to Limbo a lot. It probably shouldn’t because outside of the silhouette treatment applied to everything in the foreground, the two aren’t all that alike. In the game, you play as a weird, bulbous flying creature in a forest full of oddities. Machine parts and traps litter the world, a world you assume looked way better than what’s going on at the moment. By holding down on the screen with a finger, you make your little dude flap his winged legs and fly. As you flutter through each level you’re tasked with basic object avoidance and physics-based puzzle solving. Sometimes you need to avoid odd spiky bombs, other times you need to steer clear of cogs. Occasionally, you’ll have to push or trigger objects to clear your path to the end goal of each environment, which is a weird inky black tube that sucks you up and spits you into another part of the haunted forest. 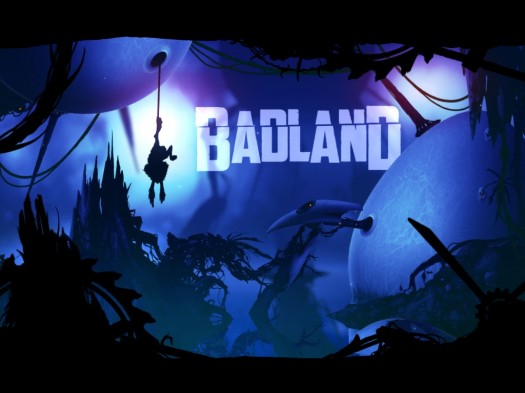 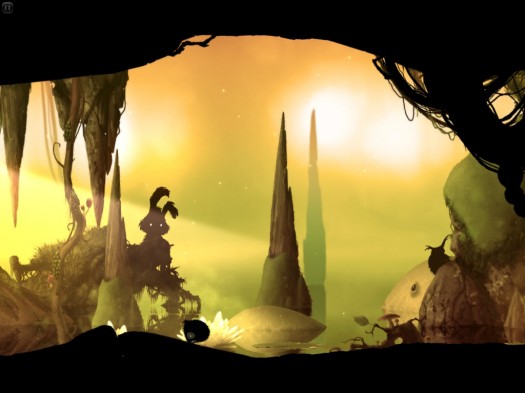 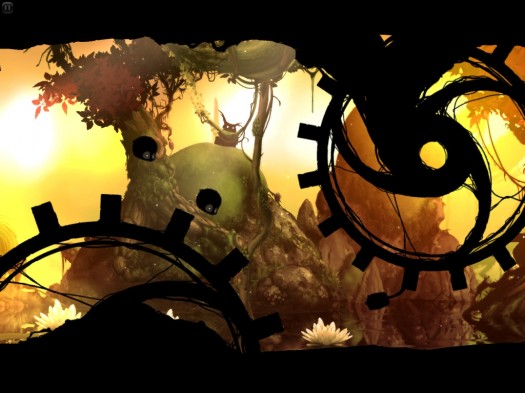 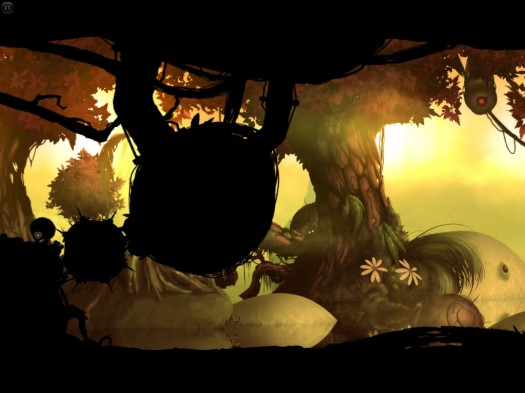 One of the more interesting things we’ve noticed about the experience so far is that it hasn’t tried to explain anything. You don’t really know why you’re little dude is flying through this world, but that’s OK; there’s an inviting sense of mystery and discovery as a result, no doubt bolstered by the steady progression of strange mechanics and the art design, which constantly throws crazy images at your eyeballs. Take a look at some of those backgrounds above.

It doesn’t even really teach you things through tutorials — it lets you experiment with the world and figure out how to interact best with it. For example, each of the power up items we’ve seen so far hasn’t been accompanied by a lazy text blurb or description. You see it, grab it, and then try your best to utilize it. Though, to be fair, nothing we’ve seen so far hasn’t been done in a video game before: speed up and speed down orbs, orbs that make you smaller or bigger, and orbs that create clones of your monster are all at your fingertips at select points in specific levels.

The clones are cool. They operate as an extra life in addition to a puzzle tool. If you go down in a trap while a clone is fluttering behind you, you resume control of him. At later points in the game, you’re forced to split up huge armies of replicants and take them down different pathways. It’s a neat mechanic.

Keep in mind, while you’re splitting up replicants, evading falling rocks and mines, or pushing fallen branches out of your way, you’re simply using one finger to control the height of your flutter. It’s kinda wild how the game never really makes you feel like all you’re doing is one simple control input.

After about 30 or so minutes, we barely feel like we’ve scratched the surface of this one. There’s still a lot to do in the campaign, and there’s a whole entire race-to-the-finish multiplayer mode we’ve yet to put through its paces. We’re stoked to see the rest of the game through, and we’ll bring you some more thoughts then. This is one you maybe don’t want to miss, is our feeling so far.

Badland will hit across iPhone, iPad, and iPod touch this coming April 4th.