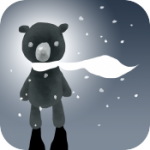 A world of teddy bears and pretty lights doesn’t sound like the perfect setting for a killer platformer, I’ll grant. Penumbear’s (Free) teddy bear is, however, a ball of fluff in serious trouble, and the pretty lights are all that stand between it and a gruesome stuffing evisceration. The shadows, in this case, outweigh the light.

Those shadows are an integral part of the platforming experience. The titular Penumbear awakes alone in a dreadful tower with only a firefly for company. That firefly can manipulate light switches, and the bear can explore the penumbras: the places where light and dark meet. With directional controls and a jump button, it’s well equipped for classic platforming. But it’s the ability to walk on light that gives the bear real hope of escape.

From the simple building blocks of platforms, darkness and light, over 100 levels are formed. There isn’t much too them, really: a few solid stones, a couple light switches, and maybe a few more aggressive obstructions make up the brunt of every level. With that formula, Taco Graveyard put together dozens of layouts that rarely repeat themselves, creating a massive, sprawling beast of a platformer. 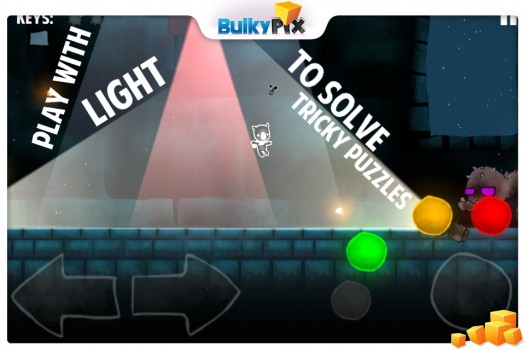 In a hundred levels there are sure to be a few that don’t pass muster, and that’s certainly the case here. Some meander into overly complicated mazes with too many wrong turns and dead ends. A few spike the difficulty curve too far in one direction or the other. Some are just there to show off gimmicks of level design, ones that may not need such thorough introductions.

Most, however, fall into the Goldilocks zone of design. Not too easy, not too hard, not too confusing or too straightforward. Just right. They sprawl outward with classic platforms and jumping puzzles, and step further with the interplay of light and shadow. Flicking a light switch may create a dozen new platforms out of nothing, but might also trap you within a cone of hard-edged light. Light can also be an elevator, a gate, or a laser. Maybe even the weapons of a massive boss.

Multiply that variety with the several goals of each level, and Penumbear becomes almost overwhelmingly large. You see, most levels have fireflies hanging around that act as keys. Finding the exit might be a challenge, but you’ll need to find the fireflies first. That will take you off to all corners of the map. On the way, you probably want to search for hidden bears that await rescue on the ledges and in the deep dark pits. Very rarely, you might find a secret, or a special golden bear.

Aside from working toward Game Center achievements and serving completionism, the bears also grant you the ability to skip levels. This is handy, because Penumbear is more than capable of getting extremely frustrating. Mostly, though, it’s haunting. Despite very few notable set pieces, the atmosphere is dark and unsettling. Chalk that up to the soundtrack, and the regular hints of sadism towards stuffed animals. It’s not usually as sadistic to its players, but it’s not easy—if you’re particularly skilled at getting through its puzzles and traps, you can use Brag Mode to share video of your exploits online.

The world of Penumbear might not be one you’d want to explore on your own, dark as it is. Navigating a friendly little bear through, on the other hand? Well, that works quite well. The game occasionally feels clunky, with paths that are poorly telegraphed and a run mechanic that occasionally gets in the way, but most of the time it’s more awe-inspiring than awkward. Penumbear is a huge game, and a solid classic platformer. You’ll be grateful for its color and light as you delve into its darkest places.