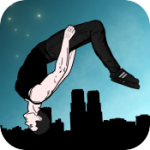 This week’s haul of new games had a lot of weird stuff in it, like Backflip Madness ($0.99). I included it because there’s a huge contingent of people who can’t seem to get enough of these various physics games, and honestly, I didn’t expect a whole lot from the game. When 11:00 Eastern rolled around, I downloaded it with everything else, and haven’t been able to put it down since.

Here’s the premise: Do a backflip, then another backflip, and another. That’s it.

I’m big into getting the bad news first, so let’s dive into why this game is terrible. First off, the physics are beyond janky. You’ll mess up endlessly, yet somehow miraculously stick really weird landings that you have no business doing unless your shoes were coated with a liberal layer of super glue. The graphics aren’t that great, background textures clearly repeat and your little backflipping dude has the animations of a simple paper doll. The music is repetitive, the UI is weirdly basic, and most of the in-game systems such as choosing different styles of backflips are remarkably unintuitive. Oh, and if you’ve got friends playing it, you’ll get an endless stream of Game Center push alerts with their scores. 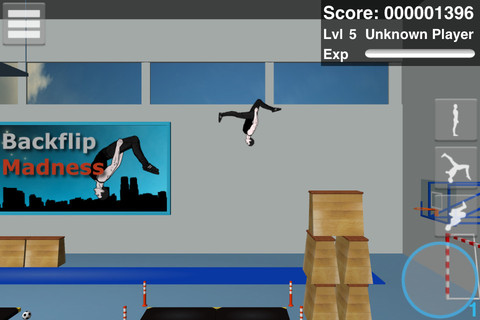 …Yet, I can’t stop playing it. It’s one of those games that are so bad, and so simple, that there’s this endless feedback loop of “I should be able to do this, why am I failing, I KNOW I can do this," which leads to never giving up- Particularly as you start to see the proverbial Matrix, have a string of five perfect backflips in a row, then fall flat on your face. 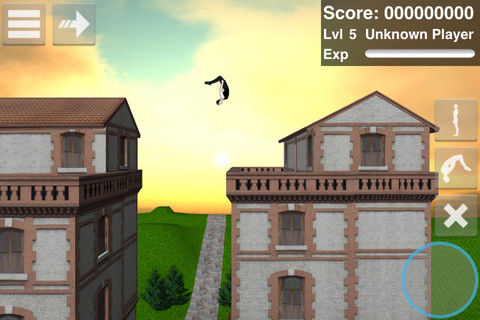 The brutal difficulty of this game feels more like a roguelike than a physics backflip game. You have three lives, fall on your face three times and you start the whole level over. Initially this seems annoying, but it’s just stupid how intense this makes things. iOS games don’t often make me yell in real life, yet, I’ve lost count at the number of audible “OH COME ON!" that have been invoked as I make it farther than I ever had in a level then just completely bungle my backflip. Game over, start over.

The “just one more try" factor is through the roof, especially as you fully realize just how simple the task at hand is. Do a backflip. Press a button four times. That’s it! It’s infuriating, but impossible to put down. People in the forum thread also seem to be having similar experiences.

This is such a weird game to even review, as I can fully admit its flaws are numerous, and it’s definitely not for everyone… But, any game that has us yelling at our phones definitely deserves some attention.

We also posted a TA Plays video of Backflip Madness: