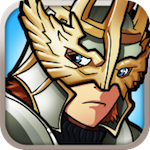 Might and Magic: Clash of Heroes ($4.99) is one of those games I just can’t get enough of. I’ve picked it up on three different platforms so far, and through them all there’s been one constant: it offers an excellent blend of strategy, puzzles and roleplaying. It’s more than worth playing, be it on PSN or XBLA, on Nintendo DS, or on Steam. iPad, too—aside from a few big bugs. iPhone, on the other hand? Not so much. Asynchronous multiplayer is a wonderful addition, but it comes at a cost.

Clash of Heroes takes a touch too much squinting on the small screen, but I could live with that if it weren’t for the frustrating controls. This is a game that’s likely to make most people feel uncomfortably fat fingered. You can zoom in on the action, which helps, but then you can’t see the enemy team. The iPad, even the Mini, fares so much better it may as well be a different game. In fact, it probably ought to be – the iPhone version would benefit from a complete overhaul. 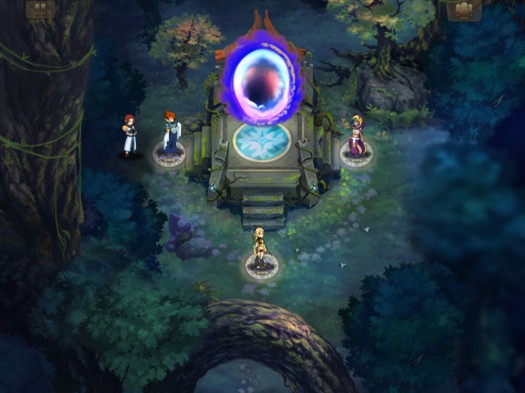 You see, the thing that makes Clash of Heroes great is its combat. Eight columns of units on your side line up against eight columns on the other side, and in moving and removing them you can create combos of attacks. Line up a column of three matching units and they’ll prepare to attack. Line up a row and they’ll turn into a wall. Do so by destroying a unit and you earn an extra turn, potentially turning your three initial moves per round into a ludicrous chain. This is all much harder to achieve when every tremor of your fingertip causes something unexpected to happen, be it picking up the wrong unit from the wrong row or dragging when you mean to delete. That saps out most of the fun.

There are a few other big problems with the port. iCloud syncing issues are rampant, and save corruption has been widely reported. In story mode, getting around can be a glorious pain in the ass. You have to tap at your feet to trigger conversations or battles, and if you tap ahead of your character on a path rather than tapping the next node, they’ll often wander backwards. Then there are the moments, the first of which is less than ten minutes into the game, when you’re given nowhere to tap. There’s no node to move to on screen, and you might just think that you’ve gotten yourself stuck somehow. You haven’t. Just swipe to the next screen, a gesture that’s not mentioned or otherwise required. 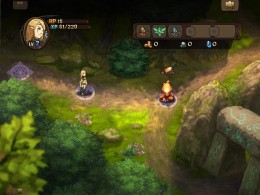 Given the severity of some of the bugs, it’s hard to call this port a winner. It looks quite nice, aside from a few poorly upscaled assets. It’s still just as fun as ever assuming you can wrap your fingers around the controls. Best of all (and I’m not being facetious), you can buy class packs to unlock all the multiplayer teams, units and items—including the DLC heroes from previous versions of the game. Trust me, when you’re eager for asynchronous multiplayer and you’ve already played the game through twice, this is a blessing.

With a good opponent, the asynchronous multiplayer is a blast—again, assuming you don’t run into any major bugs. Clash of Heroes matches can run long, so you’re in for a slog if you’re stuck with nothing but slow strangers. Otherwise it’s the best sort of viciously strategic fun. You can also play locally, but only on one device.

The single-player experience is a great vehicle for the game’s excellent combat. The story is an RPG classic: a group of young people discover a demon plot and have to fight against the odds to save their world. Not the weightiest stuff. The characters range from charming to obnoxious, and you’ll spend quite a bit of time with each as you travel through their respective chapters.

There are diversions—resources to collect, artifacts to find, and units to unlock—but for most of the game’s many, many hours, you’ll fight from one battle to the next. The combat is entertaining enough to carry most of the game’s length, barring a few frustrating points when unusual win conditions throw on the brakes. There’s also a ton of optional content, including puzzle battles that demand you clear a whole field with a set number of moves. The combat never changes much, it just gets more difficult. You’d think that would mean it would wear out its welcome, but my third playthrough is telling me otherwise.

So here’s the bottom line. Yes, Might and Magic: Clash of Heroes is worth playing. If you have a recent iPad or an iPad mini, it’s probably worth playing on iOS, though you might want to hold out for a few bug fixes. With those in hand, this could easily be one of the best puzzle strategy games on the platform. Without them, it’s simply not.